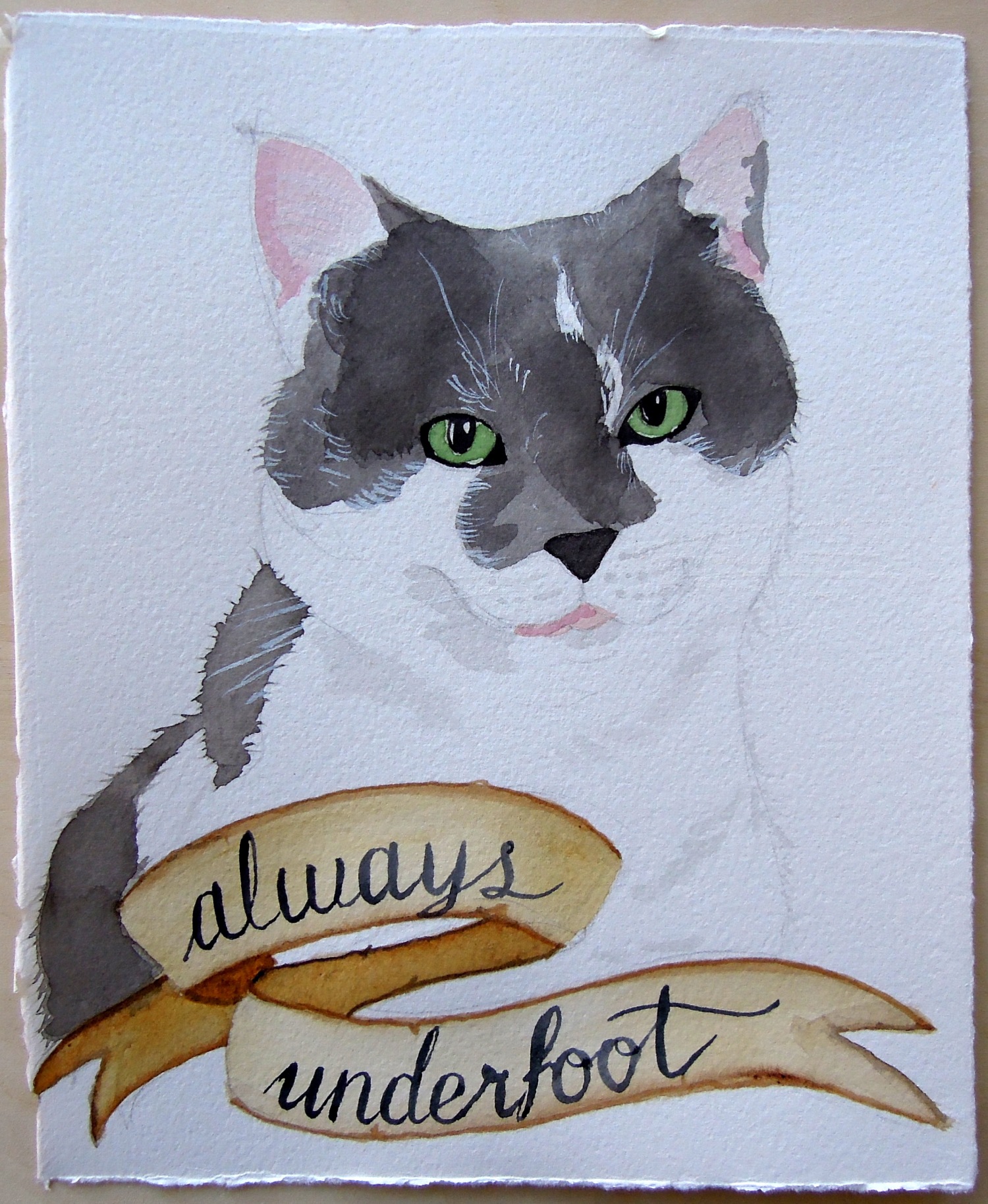 First there was the rose garden, then the gift of roses, and now yet another rose painting. This one shows three roses in an unseen vase. I had had an idea to do a very stylized, almost Mackintosh-esque painting in which most of the petals would be depicted as ellipses, but somehow that wasn’t what emerged.

The next day, changing tack entirely, I decided to do a portrait I’ve had in mind for a long time: Lyapa, along with a banner displaying her unofficial motto. She has a true gift for always being in the way — especially when I’m carrying a container of boiling water. I have long felt this expertise should be commemorated.

It’s a bit silly that with the actual cat nearby, I had to do this painting from photos, but Lyapa will not pose. If she sees you looking at her, she thinks you’ve come to pet her, and she will come to you. I found out I can get her to follow me all through the apartment, this way. (And now you can see our place from a cat’s-level view.)

This tendency makes it hard even to get photographs of her looking at one, but I dug through my archives and found enough to use for reference. I had worried about capturing her likeness, but I needn’t have. Her distinctive markings, as well as her face shape and coloration (grey + white + pink + green), make her a surprisingly easy cat to paint. Much easier than Tisha, I believe.

I have taped the portrait above our kitchen door, like a crest, which amuses me because “underfoot” is now overhead. 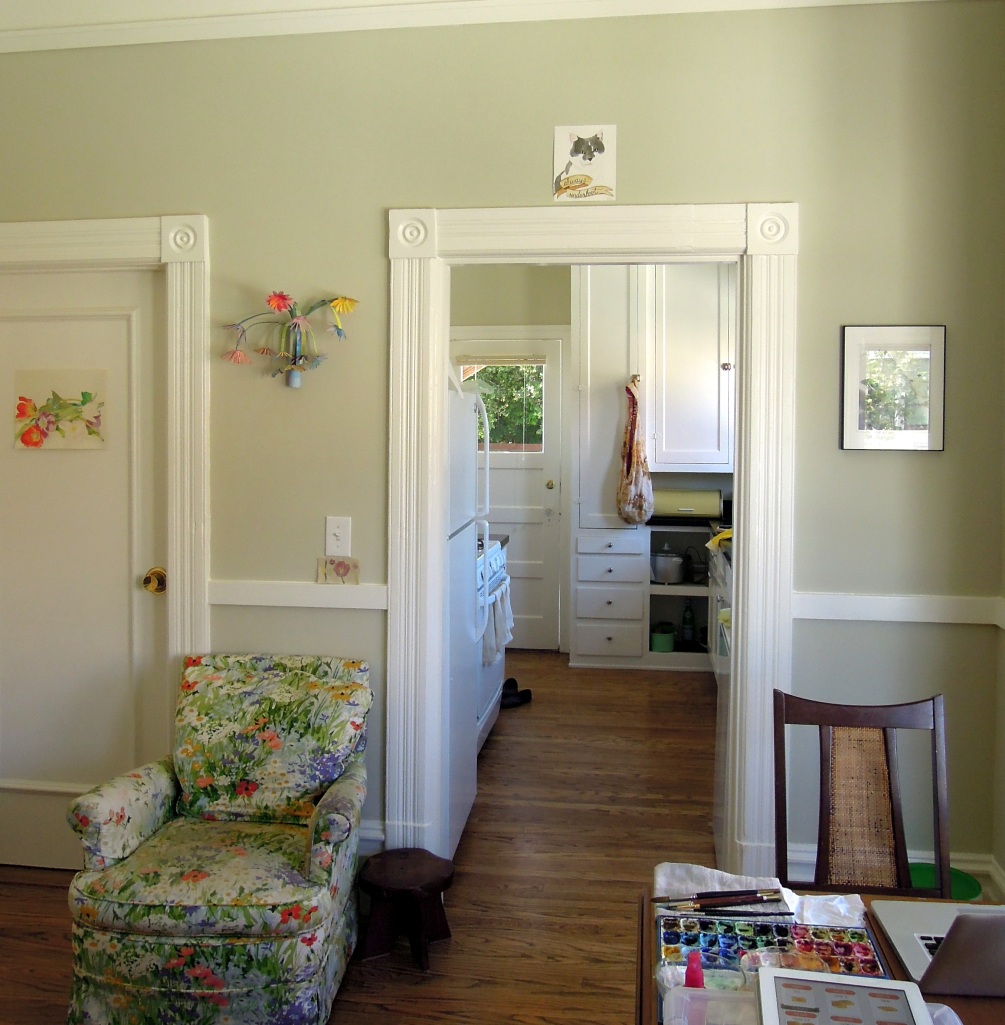 (Yes, those are the painting things left out from making the portrait.)