The two things we liked least about our new apartment: the draftiness, and the shower’s poor drainage. We chalked both up to the 1898 building and prepared to cope, as we had in our beloved Kyoto house (uninsulated) and equally cherished apartments in Reykjavík and Paris (old pipes). One windy evening I happened to be standing next to one of the front sash windows when I felt what was unmistakably a fresh breeze. I put my hand up and found it was coming from the top of the window. I angled my head so I could see underneath where the blinds attached, and lo and behold — the window was open. I hadn’t realized they could open in that direction. Stunned, I inspected the other ten windows and found at least two of the others also boasting an inch or two of air. Of course I closed them all, and we haven’t been as cold since. About a week later I thought to email the landlord about the shower; the plumber came the next day, and now we shower without dirty water pooling over our toes.

Lyapa is with us now!

We drove down last weekend and fetched her back from our kind friends who’d been looking after her since before we went to Tampa. As soon as we let her out of her carrier, she ran to hide under the bed, but alas! she discovered our new platform frame has no under-bed space. She’s not pleased about this, but I am, because the dust in the apartment has just about tripled since she got here, and it’s satisfying to know I don’t have to dust-mop under the bed. Lyapa seems happy to be here, and dust and hair aside, we’re glad for her company.

Sometimes I feel lonely, even though we’re so near the places we’ve lived for years: San Jose, Berkeley, San Pablo. It’s not that we have no friends here but that everyone is busy, and the friends whose schedules were more aligned with mine have all moved away. Some days I’ve felt we might as well be in Istanbul or Iceland. But I know this is a normal part of adjusting to a new place, especially for me the near-ambivert; particularly while I’m getting my bearings, I fear/disdain people almost as much as I long to make connections, and this stops me from going out and socializing. I am not concerned. Things will look quite different in a month. And we are seeing old friends this weekend.

There is a cemetery a few blocks from our place. We wandered into it one afternoon and found it unexpectedly beautiful, set into the hills and reminiscent of the Glasgow Necropolis, only sunnier. We returned the other morning and had another ramble through it, the first, I imagine, of many: Wikipedia tells me it covers 226 acres. It was founded in 1863 and designed by Frederick Law Olmsted, the landscape architect responsible for Central Park in Manhattan and the Back Bay Fens in Boston. We saw graves of immigrants from China, Japan, Korea, England, Wales, Finland, Sweden, Germany, and other countries whose languages/scripts I didn’t recognize. A more recent headstone honored a “bountiful cook,” and next to it, her husband, “maker of puns.” Next time I’ll bring my camera.

On Sunday I bought a bunch of daffodils and then realized I had no idea how to paint all that yellow. I put it off all week, and then today it seemed possible. 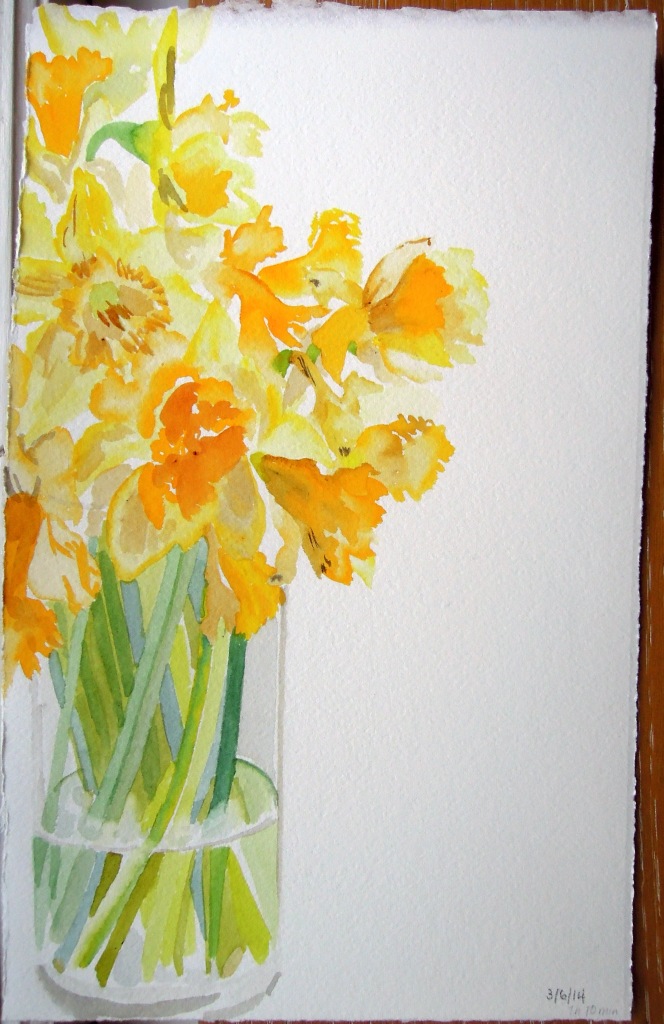 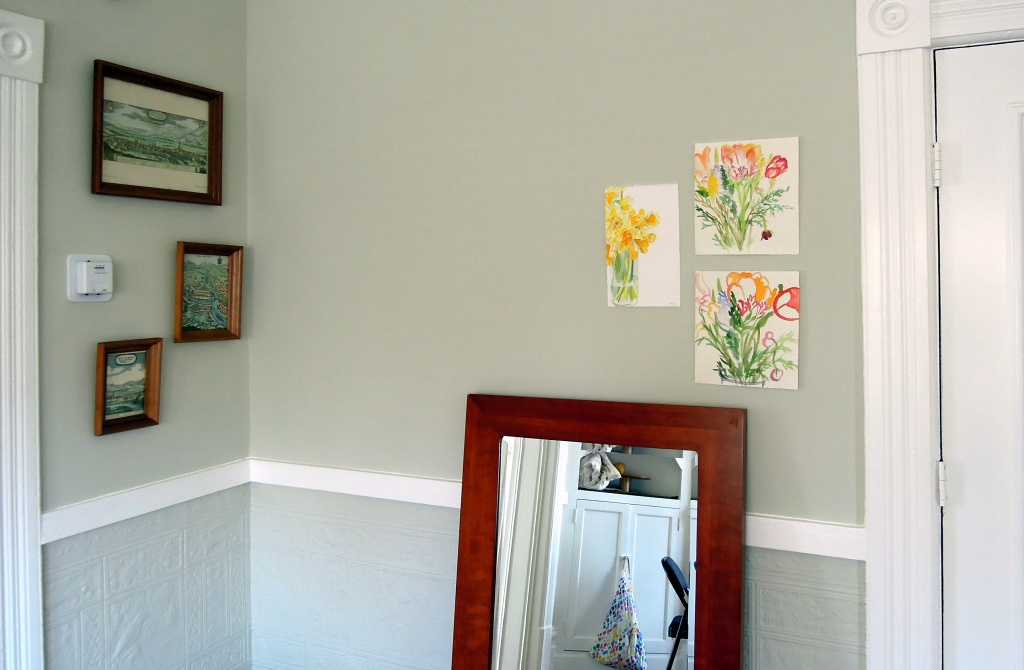