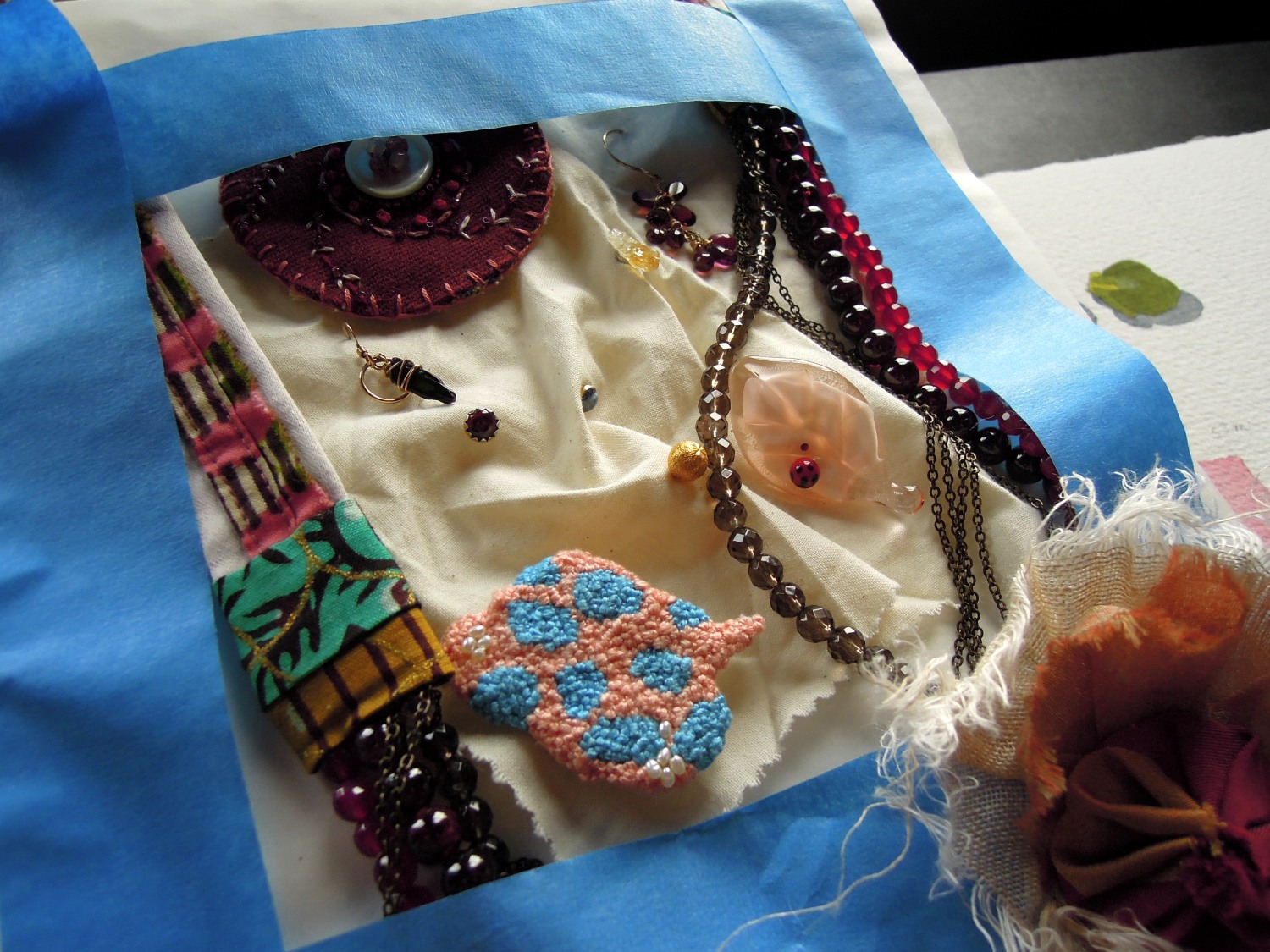 Almost done with this sheet of paper. I was just counting up the hours spent on each painting, and together it’s well over 14 hours and probably nearer to 16 (somehow I forgot to note how long Artist’s Palette took me; I wonder how that happened? Too excited over the strange subject matter, I guess). That’s satisfying to think about. And as I keep saying, it astounds me how much I’ve improved in just 11 days.

Again when I woke up yesterday I had no idea what I would paint. I wasn’t worried, since I was sure I would think of something, but since inspiration was so slow in striking, I had to stop mid-painting to get to the post office before closing time, and I also let myself get tired and sugar-crash-y by the time I was done (not good).*

Anyway, the subject! After the previous day’s abrupt shift from edibles to wearables, I wasn’t sure where to go with this painting, but ultimately I decided to stick with the wardrobe theme. I’ve been thinking of painting my jewelry for awhile, mostly, to be honest, because of the sparkly factor. But it didn’t feel right to do it earlier, maybe because with fewer items it would have been too much like showcasing one particular piece; while I love my jewelry, there’s nothing so precious that it deserves its own work of art! But for a painting requiring eleven objects, I figured it wouldn’t be possible to get too focused on any one piece.

I started with some favorite earrings, fixing them onto a piece of unbleached muslin so I wouldn’t have to worry about painting their backs.** Then I added brooches, a hair ornament, and a necklace I adore but rarely wear. I painter’s-taped this whole arrangement onto a pad of tracing paper (to make it all portable, so I could shift it if needed). The hairpiece didn’t really fit into the taped-off area, so I placed it on top instead. I also realized I would be able to see the arrangement better if I tilted it upward a bit, so I propped it up on the roll of tape. 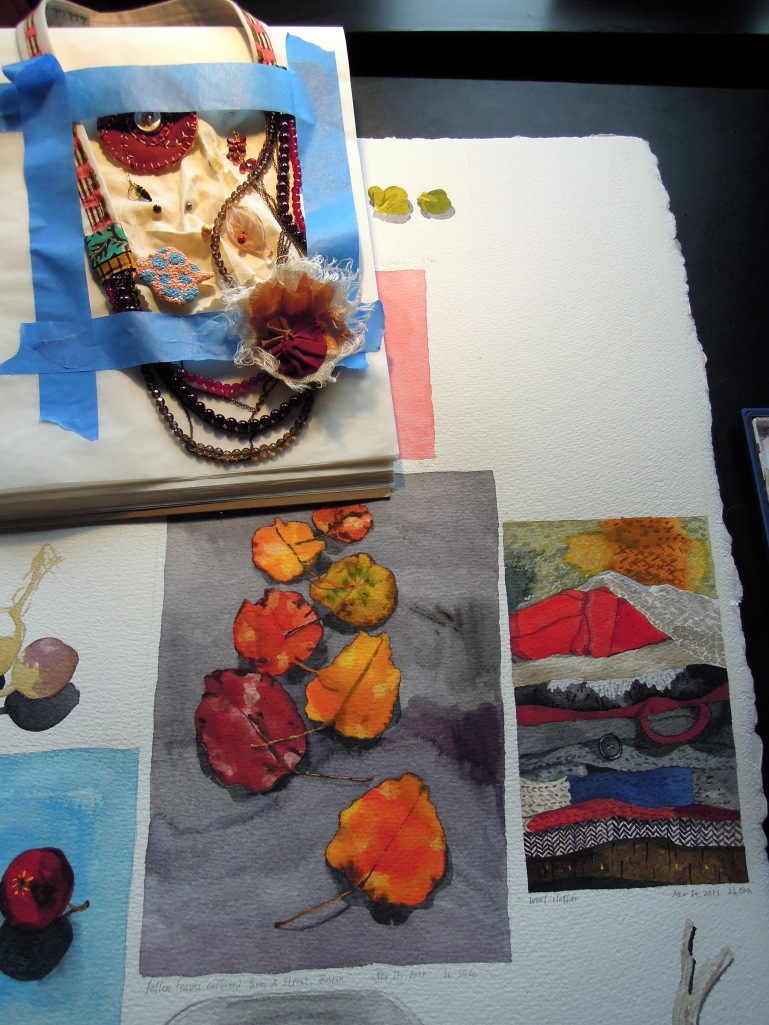 I made a very basic pencil sketch, establishing the position of everything, and then just started painting. After The Geological Closet I was feeling pretty worn-out about textures so I didn’t want to get too detailed, but what can I say — I ended up doing so anyway. Well, sort of. I pretty much skipped all the textural detail on the hairpiece because it would have been too crazy, and I used a fair bit of white gouache on painted areas, rather than leaving spaces white and painting around them. But I think that’s okay. It’s a practice painting, not a masterpiece for the ages. And I think it’s pretty good, considering.

Left to right from top to bottom:

In general, I’m happy with how this turned out. The earrings got a bit obscured, especially the small studs, but the necklace came out really well, and the hairpiece and leaf pin much better than expected. And the muslin made a surprisingly good backdrop — I didn’t take process photos, but adding the color of the muslin made a huge difference in the overall look, even before I painted in the folds.

Before I started this daily project, I wouldn’t have dared tackle jewelry — especially so many pieces within a single painting — but I think my recent experiences with textures have emboldened me. Goooood.

As you can see I have only a small space left on the paper, and again I’m at a loss for what to draw there. How to fit twelve items onto a little corner spot… it’ll be yet another challenge!

Music: Another rock-ish playlist, but more languidly paced than that of the past couple of days. Some selections:

*Actually a walk after an hour and twenty minutes of painting was very nice. It’s just that I get so out of it by the end of the day… but next time I’m painting during the middle of the day, this is a good thing to remember.

**Yes, I travel with a random piece of unbleached muslin — I used a scrap from a sewing project to wrap up an elaborate necklace, so it wouldn’t get damaged in transit. That’s my attitude toward material goods in a nutshell: fancy/picky enough to have a decent necklace and want to protect it on the road, not fussy enough to use a separate little receptacle for said necklace.