Inside our Reykjavík apartment I found a visitor’s guide with some suggested walking routes. One of them took me up a low hill west of downtown, to an old cemetery, Hólavallagarður, dating to 1838. 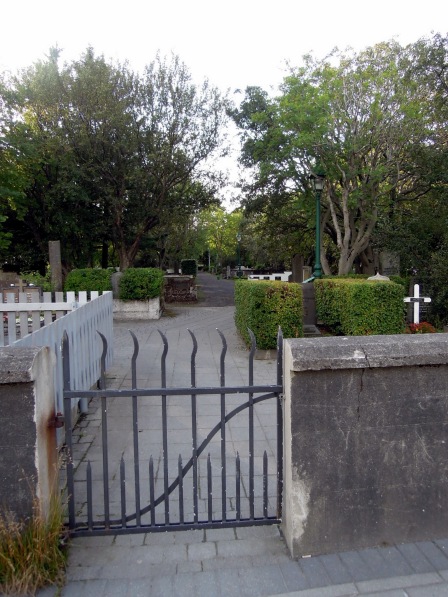 {as always, click on photos to enlarge, or mouse over for description} 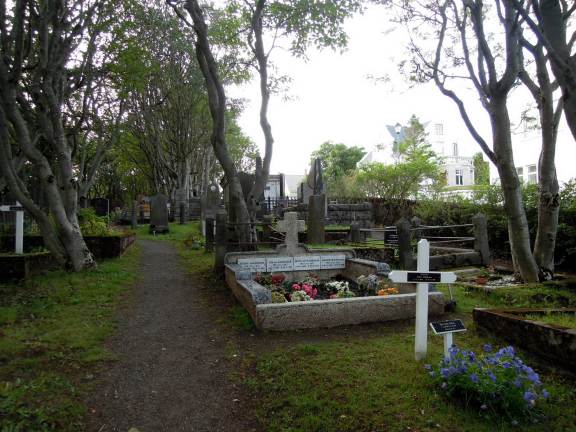 I seem to be seeing a fair number of cemeteries on our travels, which is maybe a little weird, but old cemeteries are really interesting places. They have a lot of beauty and atmosphere, and they show us something about the way people want to be remembered (as we saw in “In Memory” at Jupiter Artland). 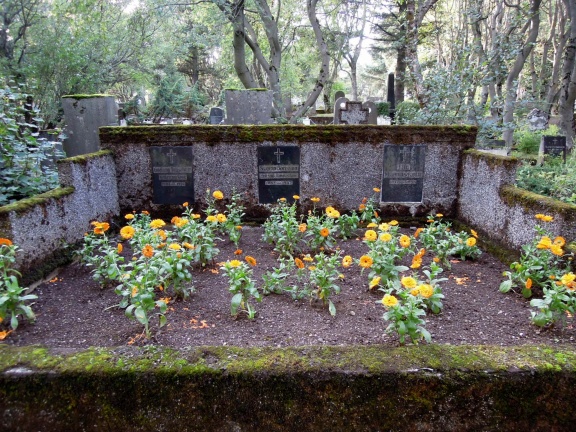 At the Necropolis in Glasgow, the graves were mainly those of prosperous Victorians, laid out in fairly neat long rows with thick grass in between. The tombstones were large and often ornamented, and there were many imposing tombs and monuments. But here in Hólavallagarður, there were almost no tombs, just an astonishing diversity of headstones and wooden crosses in rectangular bordered plots. 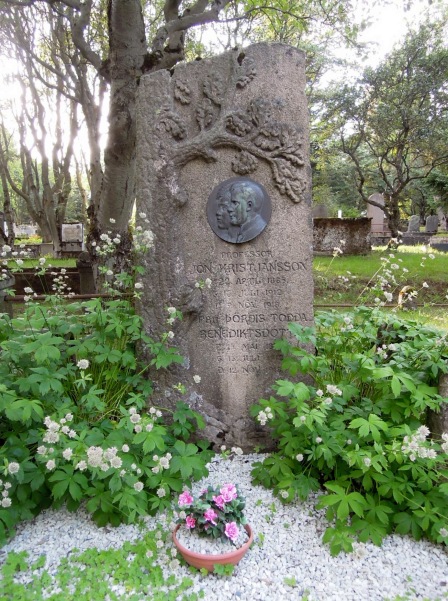 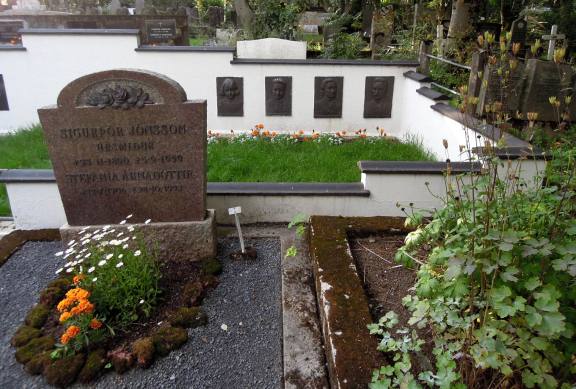 These plots are laid out in a grid — more or less — but the place feels like a tiny antiquarian bookseller’s, where yes, there are shelves, but the overall effect is more of a jumble. (There’s a map about halfway down this page.)

It’s also the profusion of plant life that makes the cemetery feel like a world — and time — apart from the city below. I read that there are more than a hundred species of trees and plants inside Hólavallagarður, including some that have not been found elsewhere (!!). Many of the stones bore a covering of moss or lichens, and I saw mushrooms on several of the plots. I opted not to walk down some of the paths because I saw spiders dangling from low-hanging branches! 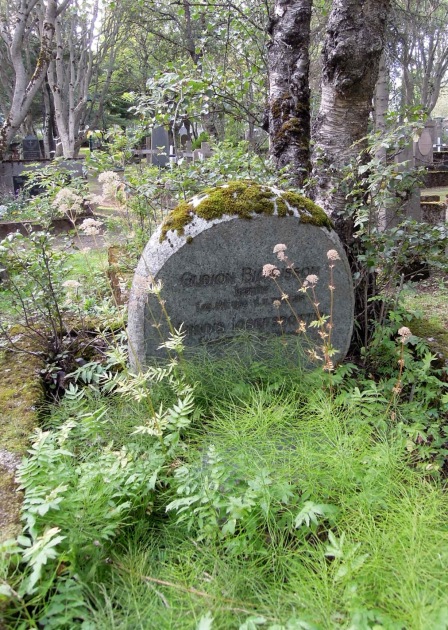 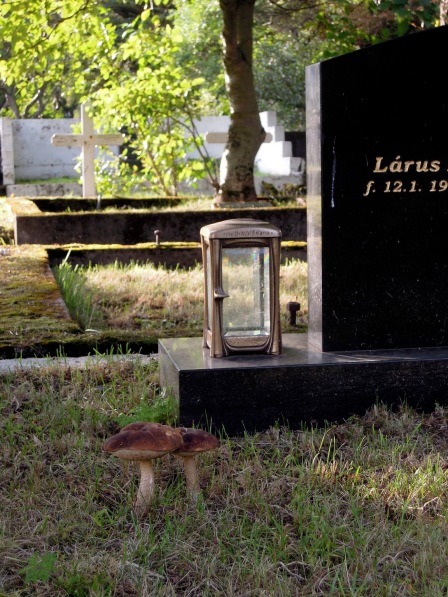 I tend not to really read the headstones in cemeteries, because there are so many; I skim some here and there, but mostly I don’t feel they tell enough of a story to hold my attention. And yet cemeteries, as a whole, feel so full of stories, as if I were breathing history when I walk through them. History, and the lore of the place, and the company of generations past. 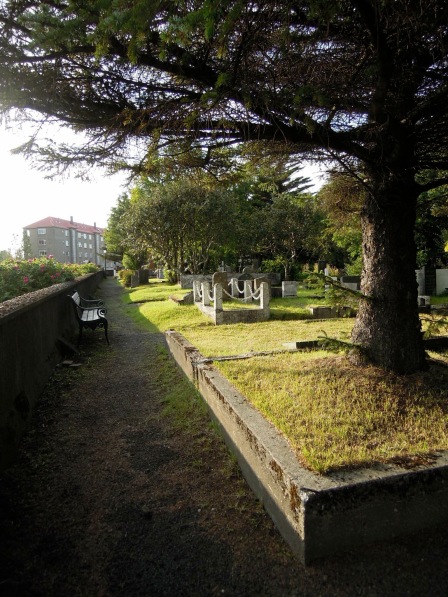