The family and Jackie and I went to Universal Studios today. Had a fun time. Recap:

Sugar sugar
Universal Citywalk is silly-ly commercial, but kind of fun. I went wild, in a modest $6.60 sort of way, at Sparky’s candy store: home of the widest selection of Pez dispensers I’ve ever seen. Bought no Pez, but am now much richer in rock candy (watermelon, strawberry), gummy things, orange slices, German raspberries, and candy sticks (the old-school flavors: sassafras, wintergreen, clove, rum & butter, huckleberry, blackberry). Decided against Harry Potter jelly slugs, Every Flavor Beans, Fizzing Whizbees, and Acid Pops; even though 25% off. Didn’t even consider Cockroach Clusters (very disgusting looking). But was delighted to see all the HP sweets there. There was also a chocolate store (even I consider $7.50 a bit much for a chocolate bar) and a store that sold nothing but socks (exciting, but I decided to save my money).

See and do
Rides/shows were fun. We went in a very sensible order: started with the moderately thrilling (Shrek in 4-D, which meant strategically timed water and air sprays used to great effect), moved on to slightly more thrilling (Back to the Future ride), and culminated with the extremely thrilling (The Mummy, which had us all screaming nonstop for all the two minutes or so that it lasted). Then we did tamer things to calm ourselves down. We have pretty tame tastes in general, so this is about as thrill-ride-y as I get.

Oh, but I was highly offended by the Terminator 2 attraction. I think that a show involving a faked normal-ish setup interrupted by intruders who shoot the speakers with extremely loud laser guns, right onstage, is (a) extremely inappropriate in wartime, post-9/11, post-Columbine, and (b) very very frightening to young children, and upsetting for their parents who might not have known to expect this.
I suppose it’s likely that I’m more affected by this than a kid would be; after all, a lot of kids these days are pretty inured to violent images, and would know that this was fake. They also wouldn’ t make connections to current wars, and the American government’s foreign policy and attitude toward combat. But I still think it was pretty intense for young children, and waaay too survivalist-wartime-graphic considering what’s going on in the world today. I just found it much too close to home to be enjoyable, and that I should think so is, in my opinion, extremely problematic in the context of a theme park!

Super-concentrated cardio workout
We had to go up many many stairs to get back to the entrance of the park, and my sisters are crazy because they wanted to take the stairs instead of the elevator. I am also crazy, because I followed suit, and found myself at the top feeling like I had just done a hard run: chest constricted, panting, exhausted. By the end Shra and I were practically dragging ourselves up by the handrails; Al had taken all the stairs two at a time and was going along quite happily. I’d say I envy her fitness, but after all she has earned it.

I think if the escalators ever broke and an old person had to take all these stairs to the top, s/he would die. Not kidding. Or have to crawl the last bit. The whole thing was probably about 200 vertical feet or so of very steep steps. I don’t know how good my estimate is on the footage, but basically if you stood at the bottom, the top was very, very far away. No normal person would look at that stretch of upward stairs and say, “Hey, let’s skip the escalators on this one.” It was insane. 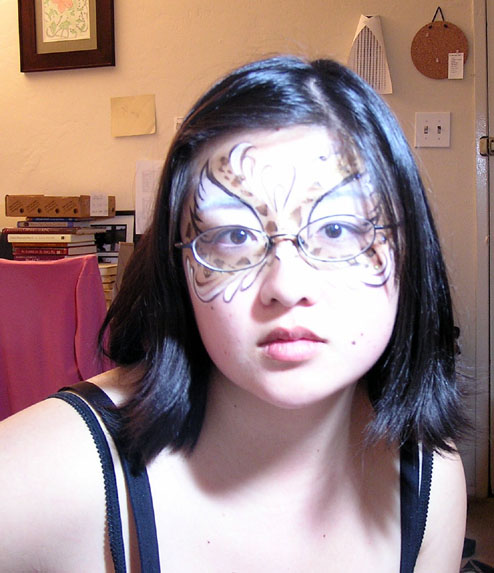 They had wonderful face painting! The lady did a lovely job and she was very nice and gentle, and the whole deal took a far shorter time than my makeover yesterday. We tipped her and she looked delighted. I was not sure if this was okay at first, because I know Disneyland doesn’t allow tips, but I asked her if she was allowed to accept them, and she looked surprised and replied, “Yes, actually, we are!” So we were all happy. 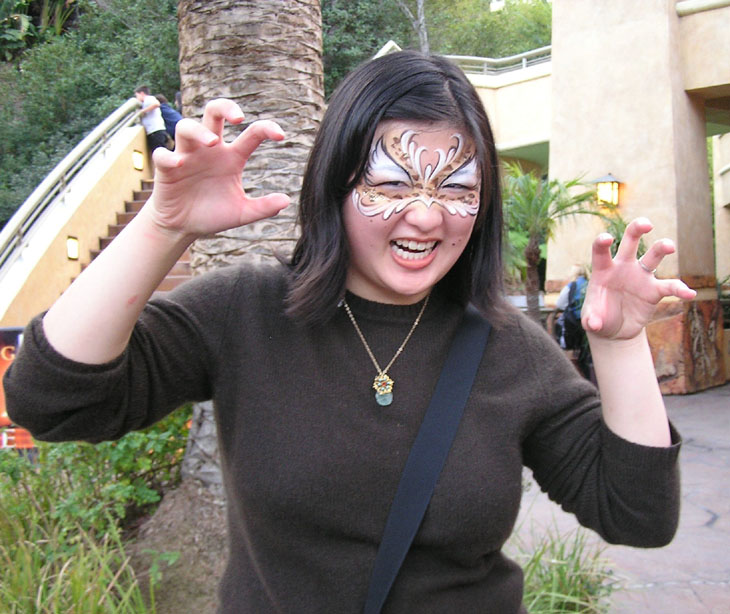 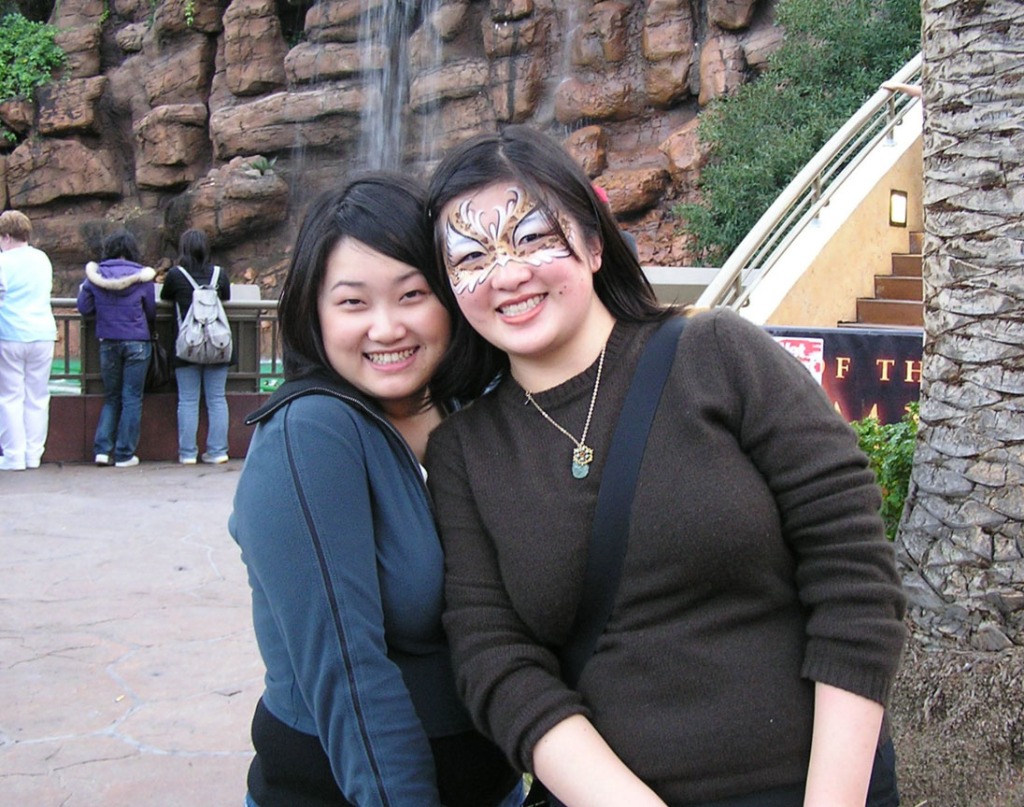 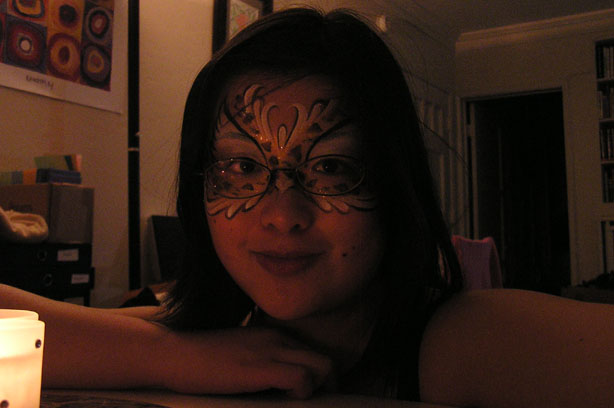 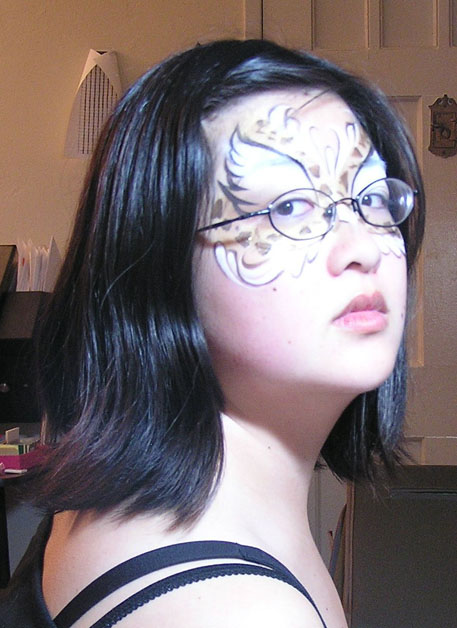 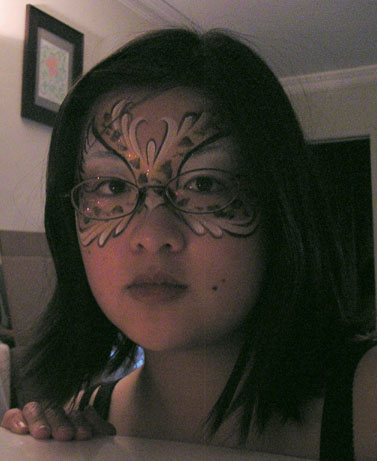 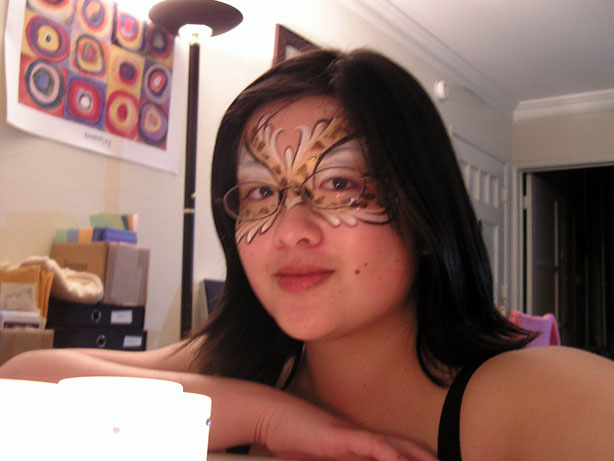 The rest of the family is going to Disneyland tomorrow, but I am staying in to do work. I’m actually grateful for this, as there is loads I have to get done before Christmas, and I haven’t had a proper work day since last week. I had quite enough excitement today to last me the rest of the week, and we’re off to Disneyland again on Wednesday, so it’s not like I’ll miss all that much.

So, one more piece of candy, then off to wash my “face” off, then to bed. 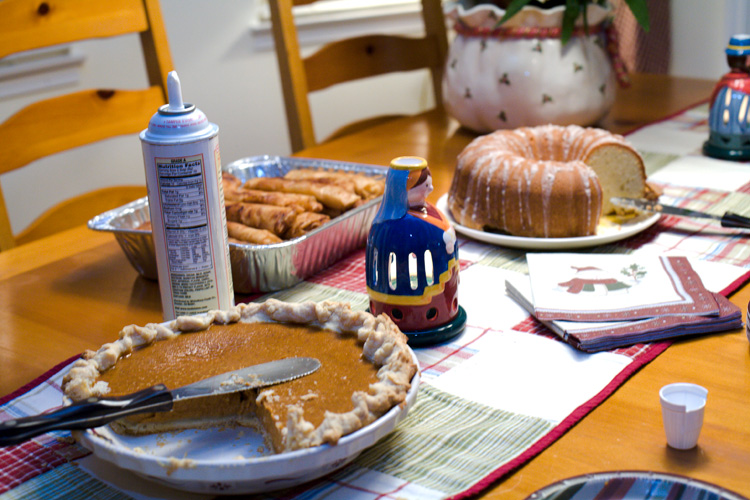 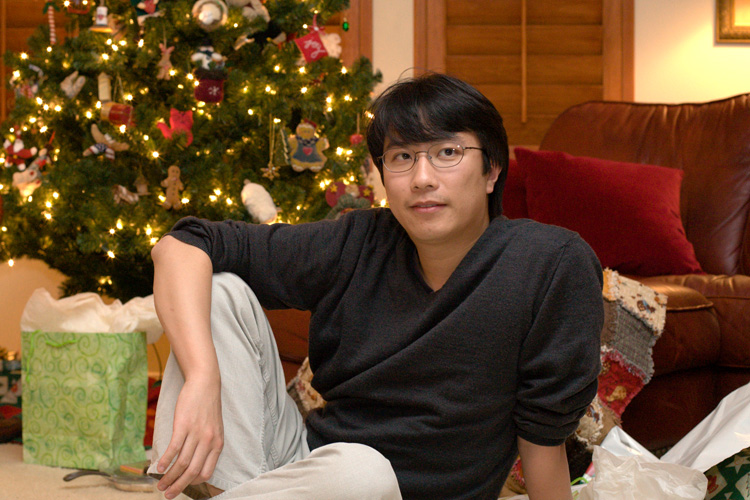 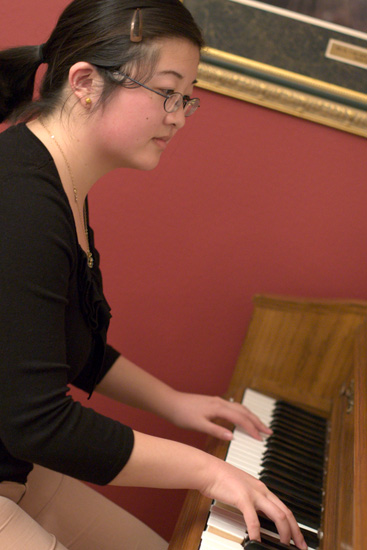 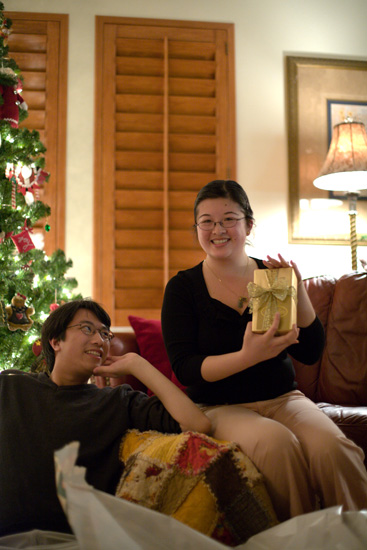 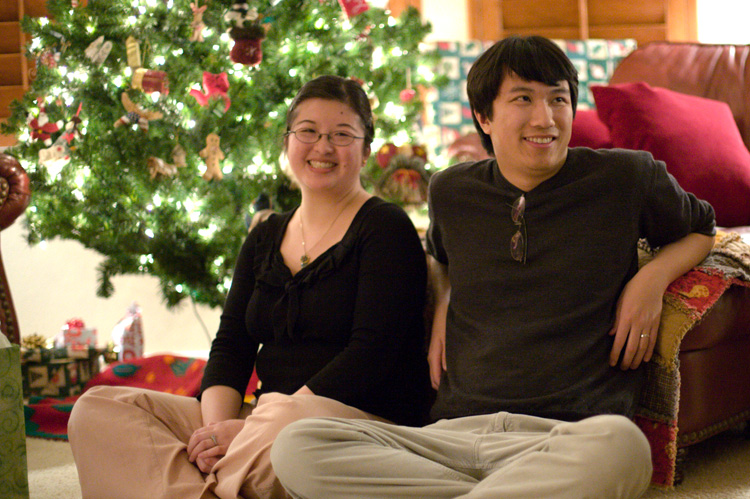