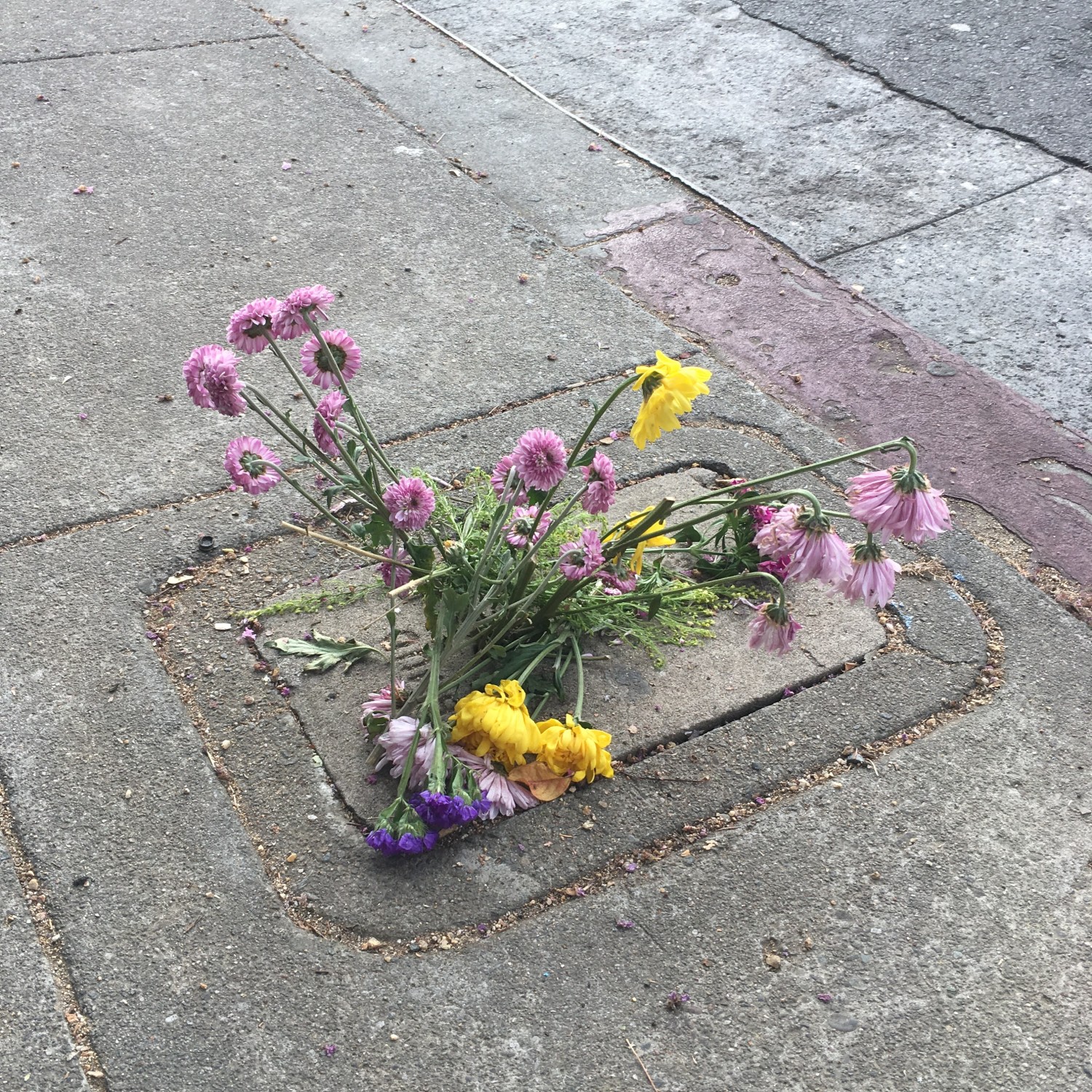 Last night Owl squeezed my arm at bedtime and said they’re happy to be with me. That was nice to hear… I’ve been such an asshole to them lately.

Dance has gotten more optional these days and I know it’s because I am so tired — but my body really feels the lack of activity.

Yesterday we FaceTimed KC and they walked E through how to cut my hair. It was fun and came out great for an amateur home job.

We also video chatted with Owl’s regular sitter, who hasn’t been here since March. She and Owl talked and played for more than an hour while I did other things. When I peeked in on them at one point Owl had brought my laptop into their rocket tent and was playing in there with NS just like they used to do. It’s a bit heartbreaking now to remember those days.

I got an unexpected call from W in the evening. She gave me the most astonishing compliment about the job I’ve been doing as preschool president. [Three months later, I’m still pulling her words out to buoy myself when I feel down.] And then I woke this morning to a long text saying she was so glad for our talk and she’d talked to N and their other podmates, initiating discussion on bringing us into their pod. I feel buoyant about that.

Part of the challenge of presidenting is the invisible task of distilling info, setting objectives, and shaping discussion. It’s interesting and autonomous work, but it’s also massive, especially right now. And I don’t have much experience. I’m managing to get things done on time, not quite reinventing the wheel each time — but it doesn’t yet feel like there’s a thought procedure I can follow.

If I had to make up a procedure right this second I guess it would be to ask myself: what is my objective in this conversation? Is it achievable within this space/time? What info do I need to give everyone so they have an informed basis for discussion and deliberation; what format should this info take? I still don’t quite know how to make sure live discussions don’t go off the rails, but it’s enough to know my options: force a decision (first asking people what they need in order to arrive at a decision), table indefinitely, postpone with deadline and next steps.

John Lewis has died, and RBG is in hospital.

Thinking on our board retreat yesterday morning… I think sometimes leadership means just naming things that might not, at first, seem to need saying. We all hold potential for suspicion, resentment, and panic, as well as unity, generosity, understanding… sometimes we just need to hear someone say “we stand together in spite of differences” for that attitude to take root. But someone has to say it. And this is where crisis leadership is so important — because crisis brings out both sides so strongly, it only takes a touch in either direction.

I went to yoga class and the pleasure was only partly in the movement — the rest was in having someone tell me what to do for an hour and a half!

N&W vidchatted us about podding. It was an exploratory conversation, with all of us excited about the idea, but undecided whether it will work for all of our needs (and their other podmates’). They have a written agreement and check with each other about any potential deviation; as a fan of explicit communication, I was very happy to hear that. It’s exactly why I’ve hesitated to pod with anyone else thus far.

It occurs to me that even though I’m rightfully congratulating myself on doing a good job with leadership, this is not a hard group to lead; I could be struggling so much more. My contributions are only impactful because everyone meets them with dedication, creativity, and love. That’s the truth.

I’m behind on everything that isn’t preschool; I finally responded to a text PH sent me a week ago, which I wanted to respond to, but didn’t have the bandwidth. I just want to sleep and be taken care of and avoid responsibility for a day. But it’s not an option.

I will say my body feels super fucking wonderful after Hassan’s class last night. My brain loved it too.

Everything smells like roses right now (literally) because yesterday I went to bring cookies to N&W, and W gave me a gorgeous, fragrant rose from their yard.

I went to mail a parcel and it turned into more of a walk than I planned. People are settling into the new “normal” on the avenue: more restaurants and shops have reopened, with signs about their protocols and hand sanitizer in the doorways. This is what life will be for the foreseeable future, I guess. That feels good on some level, but it’s also strange. And how safe is it? At the bakery there was plexiglas at the register but behind that, all the breads and pastries were open to the air. I still had to use my finger to sign for my purchase, though I took a fistful of sanitizer when I left. How much less safe is this than contactless pickup — to share indoor space with several other people for, at most, 5 minutes? And if we pod with our friends, do we need to discuss these gradations of risk?

I dreamed about how tired I am. And there’s not much in sight that’s going to make it better. The only ray of hope is podding, which is not getting underway with any speed, and it would have to go spectacularly well in order to give me any kind of break; if it just goes moderately well it will ease the isolation, but I don’t know how much that will help overall.

I felt so lonely yesterday. While E was holed up with a migraine I let Owl play computer games, and re-read old posts. I could see my previous self laying foundations in self-care and empathy, modeling boundaries and consent, articulating emotions and needs, giving Owl as much agency as possible: good decisions fumbled into through exhaustion and intuition. And I was honestly awed to see the way baby Owl has been so valiantly and lovingly working with me their whole life, at this time when it often feels — through no fault of their own — like they’re just making my life harder. They’re trying. They’re only 4, and it’s not their fault that what I want so much of the time is either to be left alone or to have some company that’s not 4. I hope that what we’ve built is strong enough to hold us through my inadequacies right now. Probably? It’s so hard.

Y and I are both, this morning, reminiscing about our Paris trip, almost exactly 2y ago. Y said, let’s promise we’ll do it again in 2y. I said, I hope it will feel possible by then.

I went to a really lovely moms of color meetup last night. There’s something about the combination of parents of color, queer POC, and intersectionally-minded BIPOC that is so powerful, especially in this moment. Someone in the group said she’s in a lot of white spaces in her life, and that used to be fine but right now it’s not, and I’m realizing that is how I feel too. I usually dislike group Zooms but this one showed how groups can be transformative: when people are sharing really hard stuff, a group lets us all hold each other without any one person holding too much. But that takes a lot of trust and commitment and explicit mutual respect. There was such a tangible shared sense of “omg I needed this”.

R said when she told her partner what a “kickass” job I’m doing as preschool president he asked if I’ve ever considered running for office. Actually I spent a lot of last year listening to podcasts about “ordinary” people getting elected and how brown girls can get into politics, even though I had never considered it for myself. But it makes perfect sense to me that people who aren’t fans of politics and aren’t career politicians should be doing this work — we’re all seeing, right now, the cost of having representatives who are divisive and heartless and self-serving. We’re also seeing people like Jacinda Ardern and AOC; how could I not want to do what they are doing? Especially since presidenting is showing me that I do have skills to offer. I wouldn’t say it’s an aspiration yet, but it’s like a door that I’d never previously noticed: I don’t have to walk through it — but I’m definitely seeing it. It is scary, because to be a woman in public is always vulnerable. But I think in this moment we are all considering just how much we are willing — and compelled, per Mario Savio — to risk for our communities.

I am very determinedly avoiding preschool emails this morning because I want to write first.

I was unpleasant to Owl yesterday and they were very demanding, which is a bad cycle. I couldn’t seem to do better, yesterday. Maybe I will today.

I was reading Big Friendship last night and there was something about early friendships being fragile. They say people need scaffolding at first — like school or job or hobby — and then there’s a shaky transitional period while you figure out how to move the relationship beyond that starter context. I thought of some of my fellow preschool parents from last year. It occurs to me that by losing 3 months of preschool we may have lost an organic chance to turn those casual friendships into lasting ones.

My back has been very stiff and uncomfortable since after a beach outing late yesterday morning. I doubt it was the beach. I think the combination of so much sitting plus the more intense dance and yoga are a strain on my system.

Sending loving thoughts to the children whose parents are struggling.