We are now almost two weeks back in San Jose. Everything is the same and yet not. After several months of more humid climates, the early-morning air wafting through my window feels unbelievably fresh and cool; I wonder why no one’s thought to bottle it. It makes me want to run around naked. I compromise by wearing less clothing than usual. Nibbling my way through farmers’ market samples, I discover I no longer have a taste for white peaches and nectarines (their sweetness is too bland, like eating spoonfuls of white sugar); but the yellow nectarines are so ambrosial — so much dripping, melting pleasure for $2.50 a pound — that for the first time I almost regret that we avoided summer last year.

It took me over a week to unpack. These clothes, this stationery, these computer cords and those toiletries — everything I carried with me is by now as familiar as my fingernails, but trying to fit it into the already crammed space that is my bedroom at my parents’ house? Nothing has a home anymore, and I gaze at the accumulated objects of our previous life with the perplexity of changed perspective. Why did I want all these books? How is it that I never dusted this surface? Why on earth was I keeping socks I didn’t like? After the minimalist clarity of places like our Kyoto house, I refuse to merely shuffle things around; that would be like sweeping the house only to shift the piles of dirt into new positions. So I’ve been clearing out and cleaning and reorganizing, and it has been good. (It is also, I suspect, a process that could take months.)

At the same time, since almost the first day of coming home, I’ve been making other kinds of changes. If we think of decluttering as weed-pulling, the pruning of deadwood, then these other changes are like mulching, fertilizing, seeding: it’s not enough only to take away; one has also to create something new. I went to the hairstylist and asked for something different; she caught my mood and intent, and applied herself with so much glee that I felt the outcome would be worth it, no matter what, just because she was having such a good time! And I love the haircut. It is asymmetrical, eye-framing, modern and vintage at the same time, and easy to care for.

While we were in Toronto I bought a red lipstick I’d discovered in Auckland (it cost twice as much in NZ as in North America, so I waited on buying it). I had planned to save it for special occasions, but apparently more days feel special to me than I anticipated. Last week, while in San Francisco with friends, I ended up in a black director’s chair at Bloomingdale’s, being sprayed with Hydra Beauty Essence Mist and dabbed with shimmering eyeshadow. I didn’t buy the shadows, but I went home and ordered some others online. It is fun to be my own canvas.

I am easing slowly back into social contact, even limiting my blog reading until I feel ready for more interaction. But it has felt really right to see some of our closest friends in-person once again, and to do so in different parts of the Bay Area. We had a potluck dinner with our longtime friend Caroline in Palo Alto, spent a night with my sister Sarah and her husband Devin in San Rafael (north of San Francisco), caught up with a sparkling Jenn in Berkeley (before she heads out on five weeks of her own travels!), and spent a couple of wonderful eating/rambling afternoons around SF with our dear friend Ying and her lovely friend Eve. 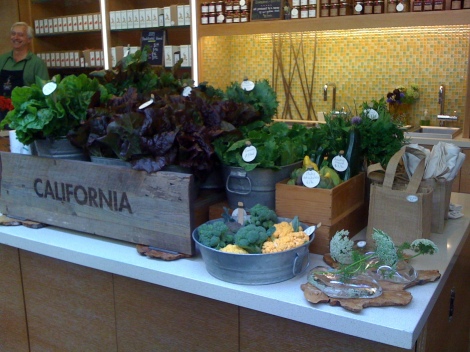 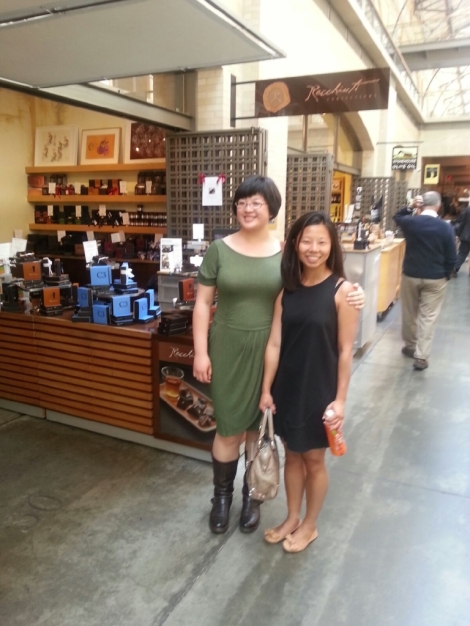 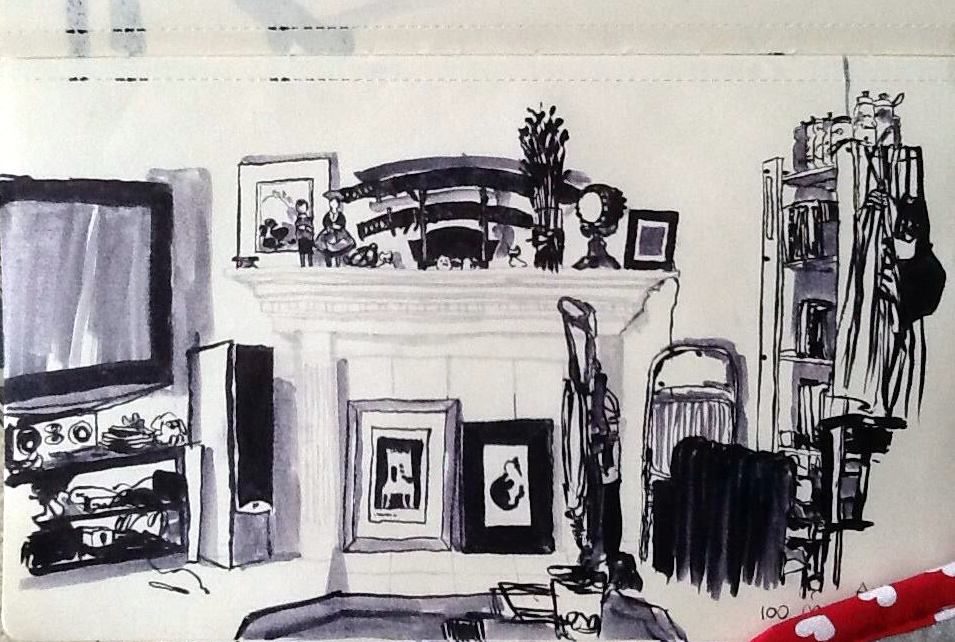 It all sounds terribly indulgent, and it’s true I’m enjoying myself very much. But it’s also groundwork. While we were traveling, I couldn’t wait to get home so I could write/draw/paint, but once we returned I resisted jumping straight into creating (though morning pages are still helpful). I was trying to explain it to Erik. Things look the same here, but I am not the same, and until I reconcile that, I’m not sure I can make anything. It’s facile and cliché to say I need to rediscover who I am, but that’s close. Yesterday one of Jenn’s friends wished me good luck with the “percolating.” It’s not a bad word for it, especially since coffee grounds make me think of compost, which is what Natalie Goldberg calls the process of turning life into writing. I’m composting.

Here’s a photo Devin took of us in upstate New York: