It has been a busy few days for us, and I’ll need the weekend to digest! Lengthier posts next week. But for now, teasers.

Yesterday we went to Versailles. Of course the palace was gorgeous, but the gardens and grounds are their own spectacularly perfect world. Did you know they cover 800 hectares (1,977 acres)?!

{as always, mouse over images to read my notes, or click to enlarge}

Today I went to a life drawing Meetup, where I talked to some very lovely people (including the group’s host, Scott, who’s from Australia), had a cup of English tea with milk and sugar, and sketched a pregnant woman.

After drawing: I was wearing my cat hat and as I was walking home, there was a girl in front of me who was briskly clopping along the wet sidewalk in heeled boots, carrying a big plastic bag with a blank canvas in it and what looked like several bottles of brightly colored inks. At one point she turned around and said something to me that included the words “suivie,” “petit,” and “chat.” When she saw I didn’t understand, she added in English, “I said, ‘I am being followed by a little cat.’ I saw your hat earlier. I like it very much.”

Erik and I had lunch at a restaurant by our apartment, which has been seducing us for weeks with the delicious aromas wafting from its kitchen. We never went before because it’s rather expensive, but when we walked in, the very young chef greeted us warmly, took our coats, and explained everything to us in limited but enthusiastic English. When it was time for dessert he said, “I ‘ave a very nice dessert, but it is for two.” We said that was fine, and he brought us a little cake and a sauce boat. “This is called a charlotte,” he explained. I’d never had one before. He deftly poured the sauce (passionfruit) onto the plates, then sliced the cake down the center, revealing a core of what I thought was vanilla ice cream. Using two cake servers, he placed half the cake onto each of our plates, and said, “Bon appétit.” 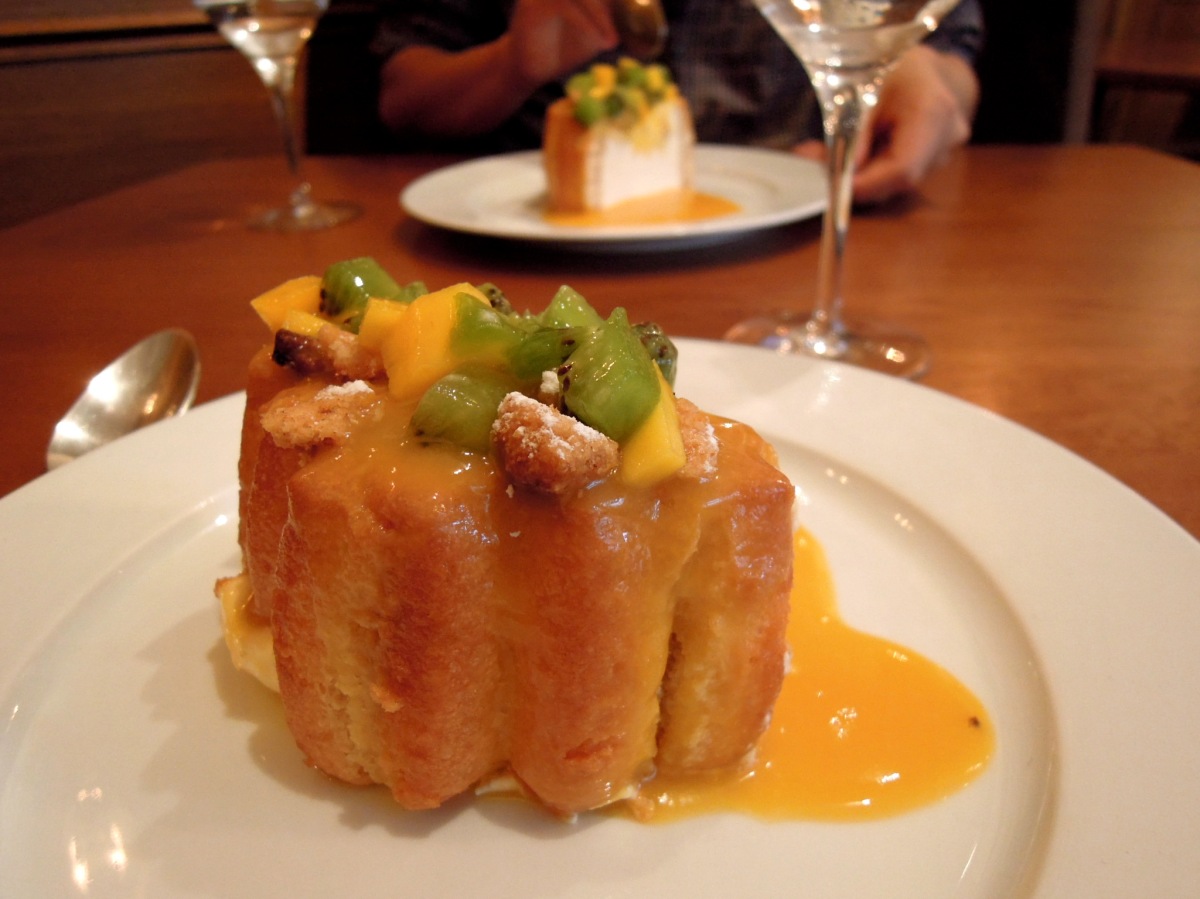 It was not ice cream. It was whipped cream.*

After lunch we decided spontaneously to go to the Louvre. It’s open till 9:30 on Fridays.

We saw the Mona Lisa, like a star with her paparazzi. Unlike most art, she did not look substantially more amazing in person. 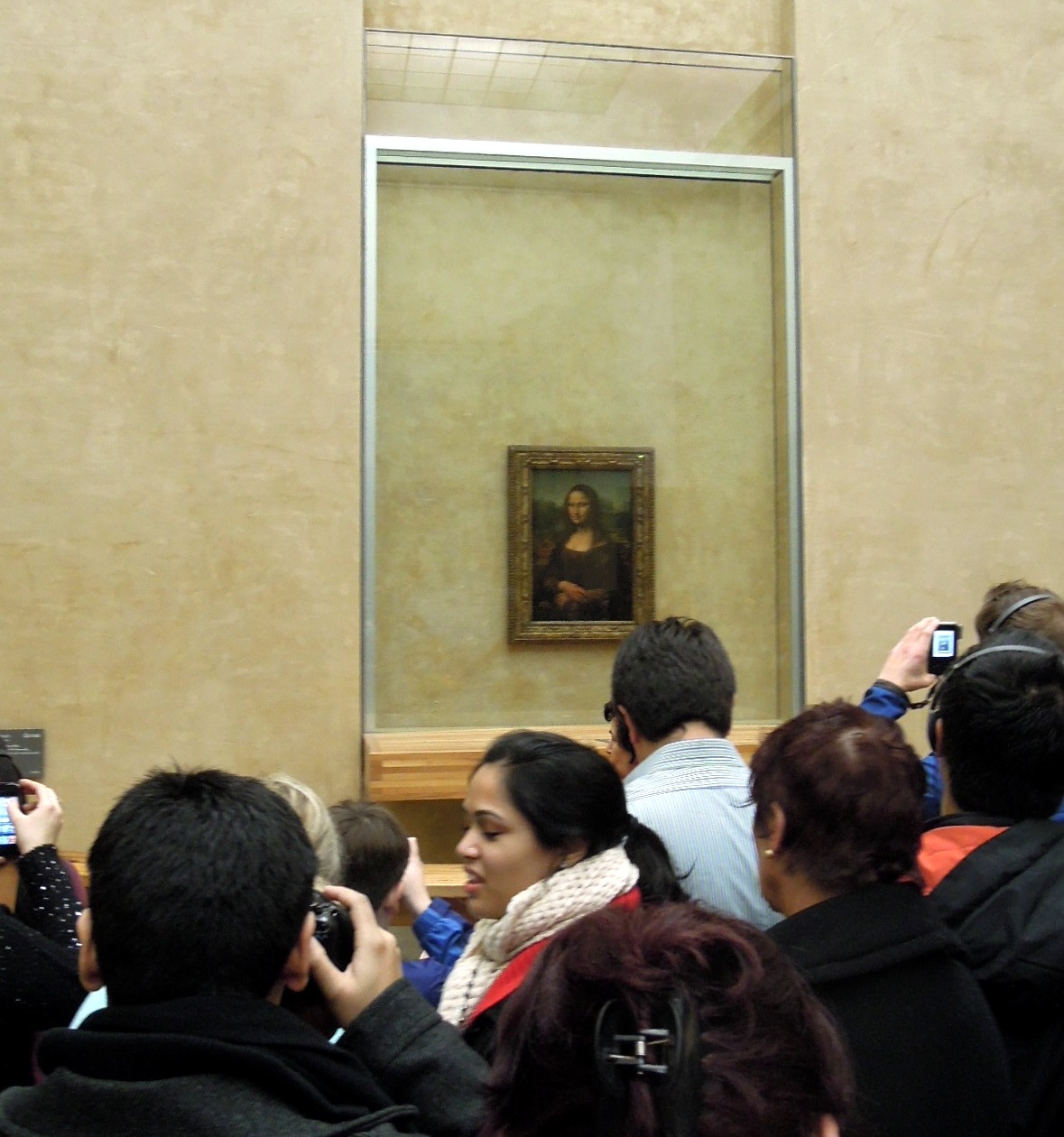 In a huge Rubens room, I met an artist from Portland, Oregon, who was doing incredible pencil drawings from the paintings. We had a nice chat and are hoping to meet up again (hi Laura!).

I also made a few pages of sketches, small-scale things with lots of notes. They please me so much I wonder why I never did this before. 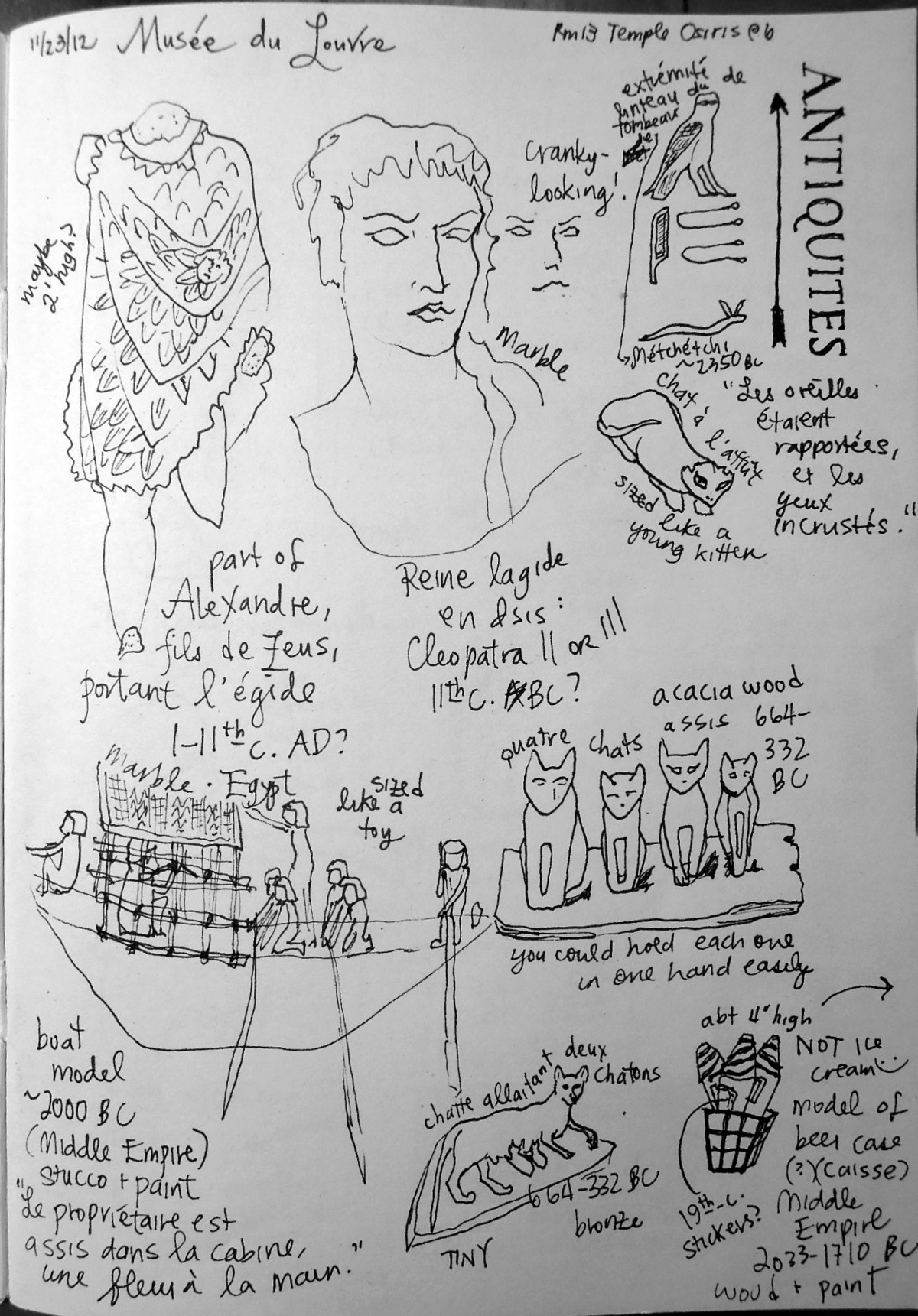 And I got to take a photo in a frame.

*Or it might have been Bavarian cream, which has gelatin in it. It was a bit more substantial than regular whipped cream, almost like a mousse. I’ve never eaten that much cream all at once.