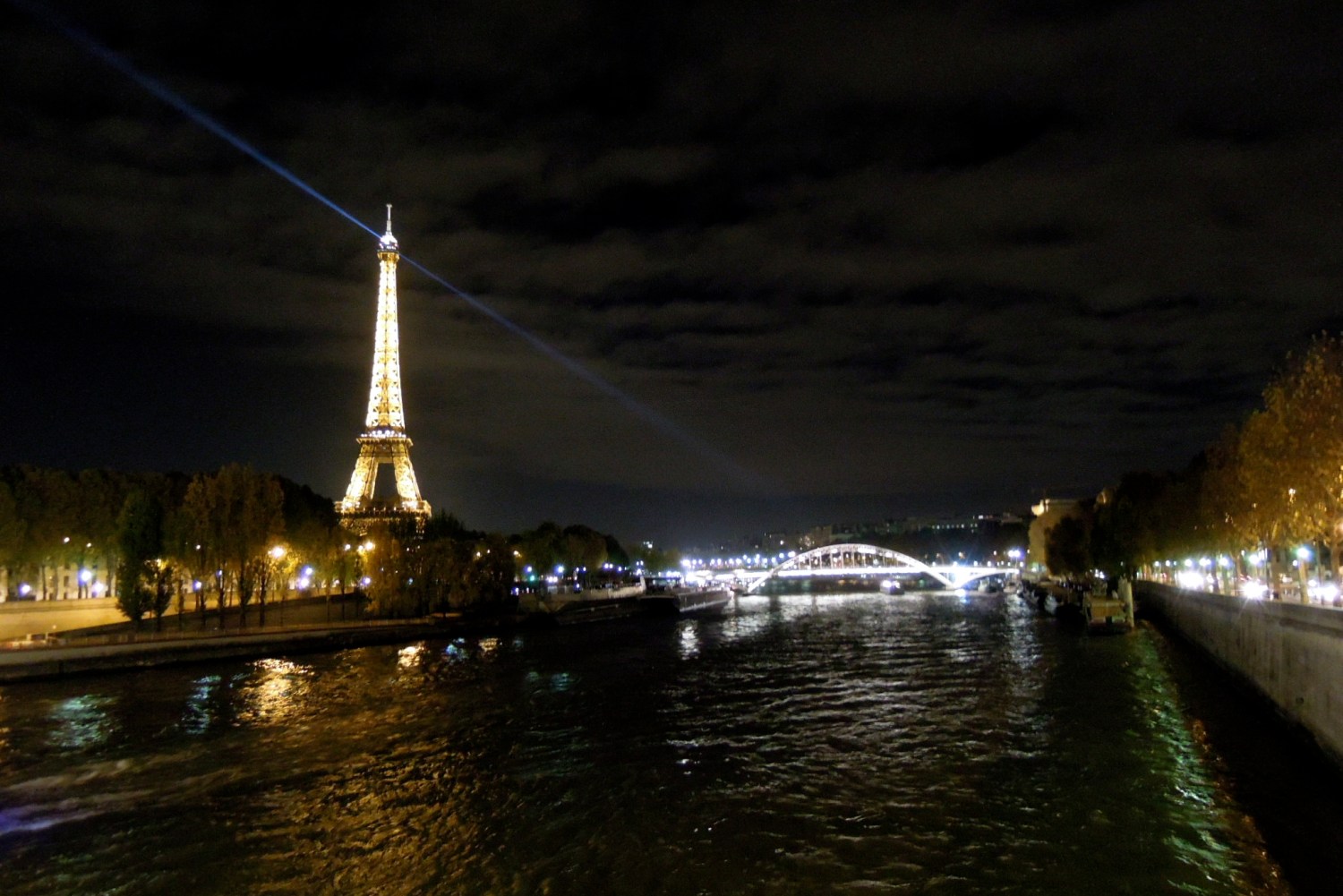 To my surprise, I have been meeting people in Paris.

It started when my new Istanbul friend Z suggested I go to a Sunday dinner party. For more than 30 years, Louisiana-born Jim Haynes has been hosting strangers to dinner at his Paris flat; you call/email Jim to get on the list, then show up and pay what you can (suggested 30€/person). I contacted him on the day of our arrival, was placed on a waitlist, and then heard on Sunday afternoon that there was space for us. That night, we walked the 1.5km to his apartment in the 14th arrondissement, feeling a bit odd when we got to the locked gate and saw/heard no one else there. We hung around a few minutes until we saw another couple go in, then followed them. It was a good party: a bit crowded for Erik’s taste, and definitely requiring as much extroversion as possible, but I met a lot of interesting people and fellow travelers (mostly Americans, and strangely enough, many of them writers). I was so busy talking that I skipped the main course! When we left three hours later, I was very happy. I’ve read some online reviews complaining that the dinners are a ripoff and not worthwhile; I suspect attendees’ mileage varies greatly depending on expectations, personality, and who shows up that night. I have been to at least two other “underground” dinners — both in California — and enjoyed Jim’s the most, probably because everyone was circulating (read: standing up) rather than seated at a table. This didn’t make for very restful dining, but it did help with conversation, and I think that’s what such parties are for. I discovered later that Jim’s Sunday dinners are even mentioned in my guidebook — they’re an institution indeed! 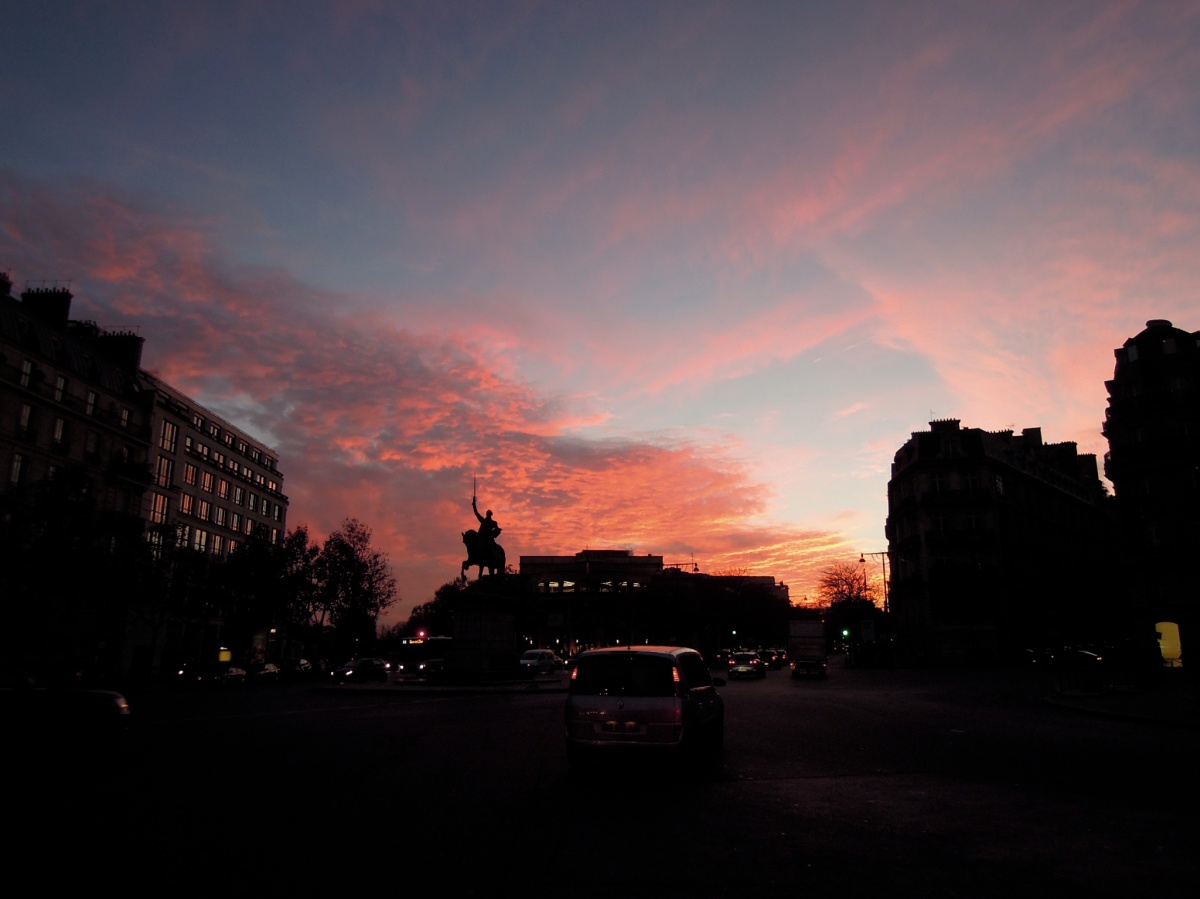 After the dinner party, I received an invitation from Edith (the first person I’d met at Jim’s) to her Meetup group’s outing to the Musée d’Art Moderne. Erik had a phone meeting, so I headed out alone on the bus — a fine way to people-watch, especially in traffic! The group was visiting the massive exhibit L’Art en guerre, a collection of nearly 400 works created 1938-1947 by artists like Picasso, Matisse, and Kandinsky. I wandered the galleries for a couple of hours, mostly on my own, but occasionally chatting with some of the other members of the Meetup, whom I hope to meet again. It was a good mix of meditative viewing and social time. If you’d like to see some of the pieces, I pinned a dozen of my favorites on Pinterest.

And, to my very great pleasure, I found the Tour Eiffel while making my way to the museum. Of course I had to stop and take pictures. 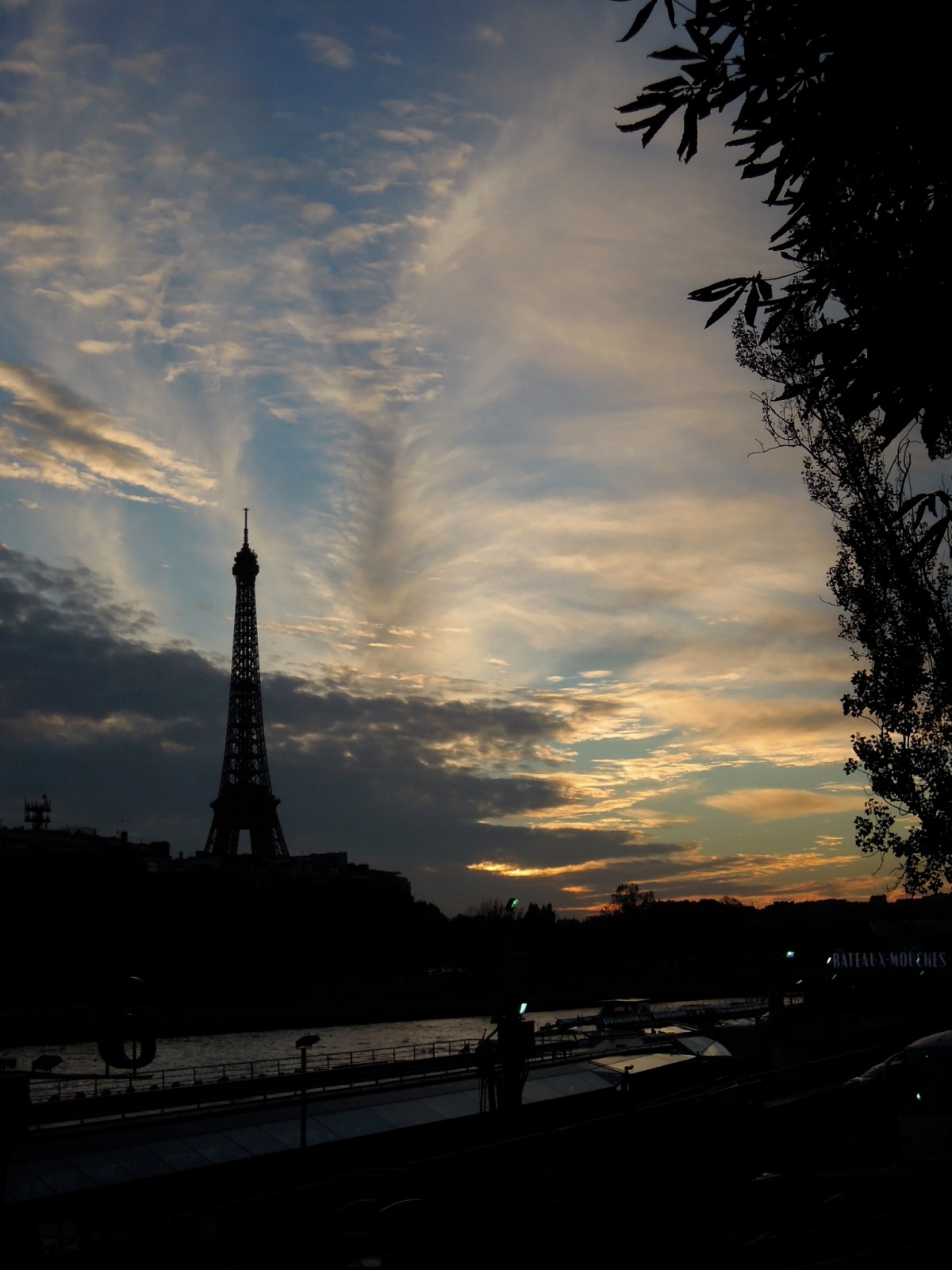 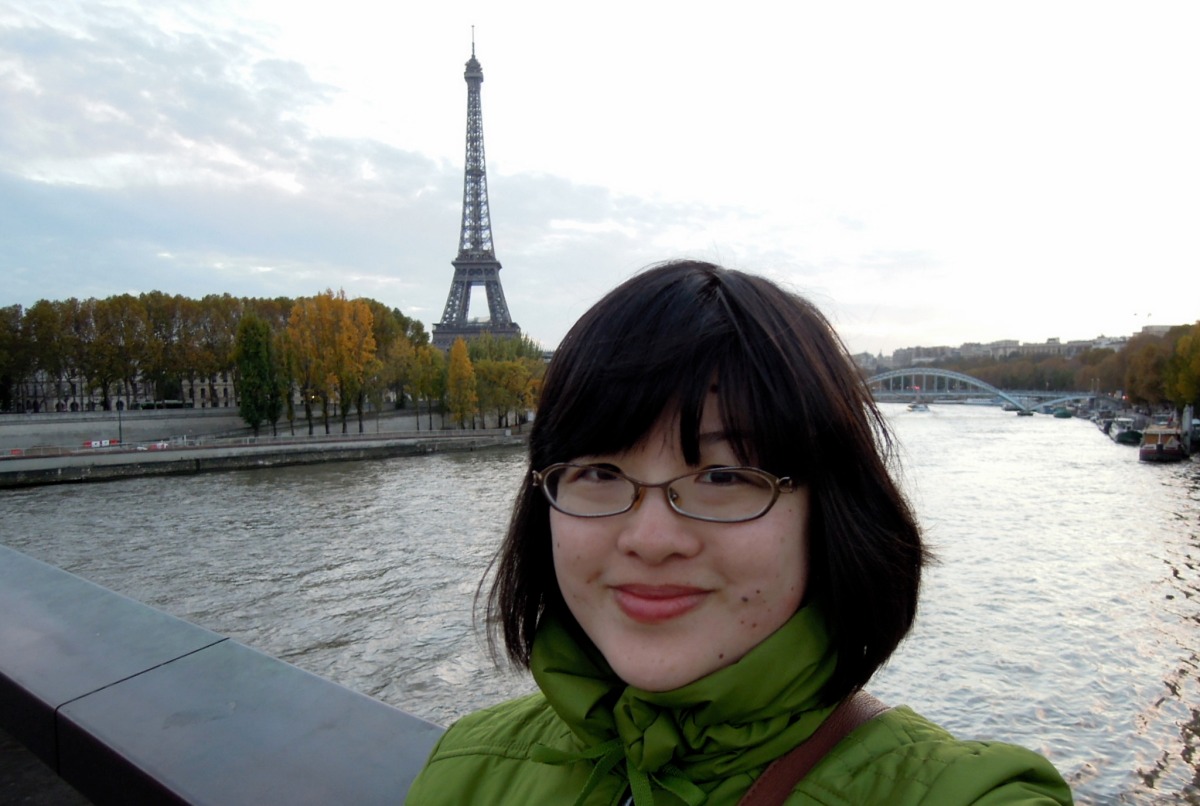 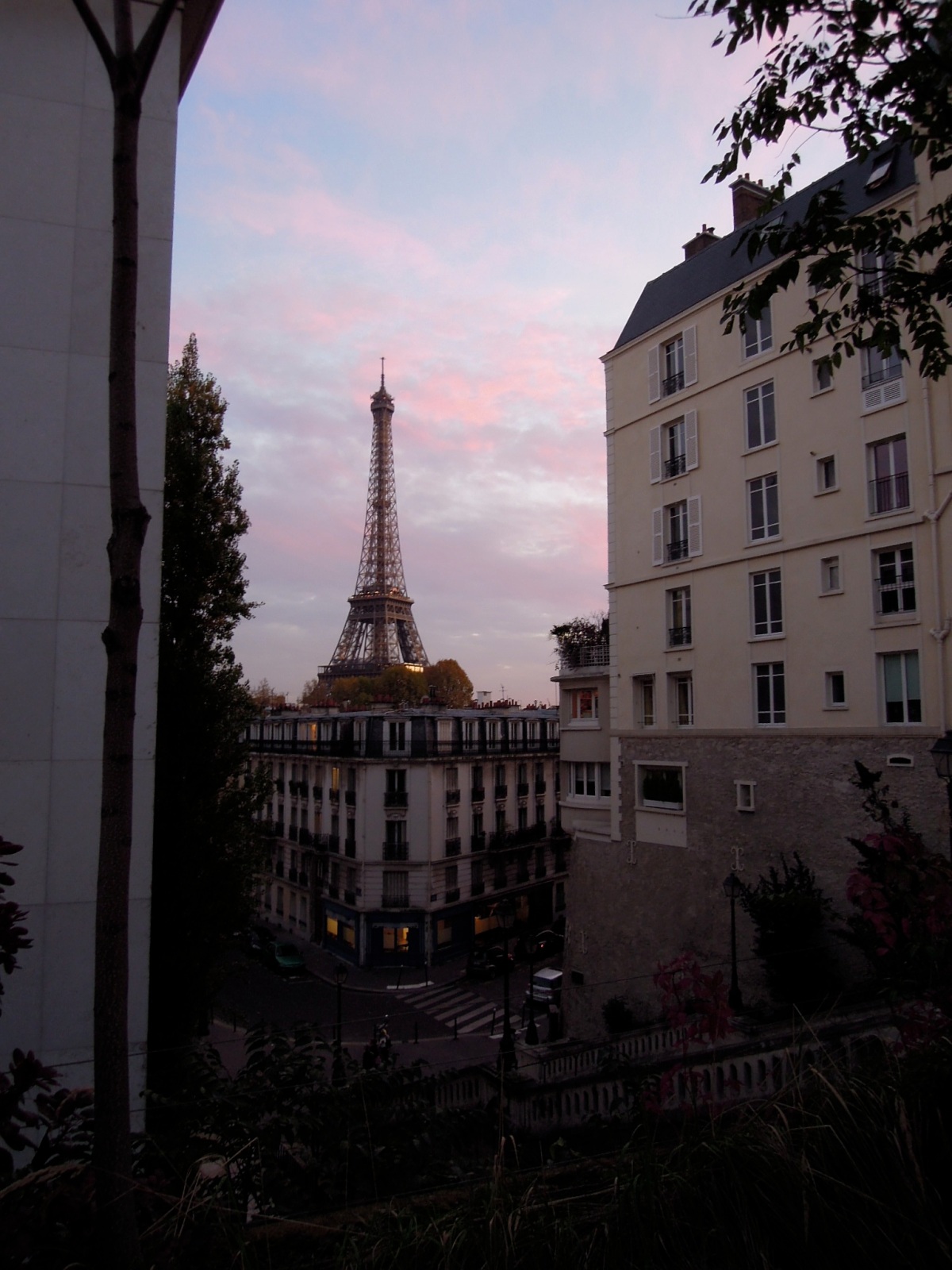 And here’s one more, from after I left the museum. 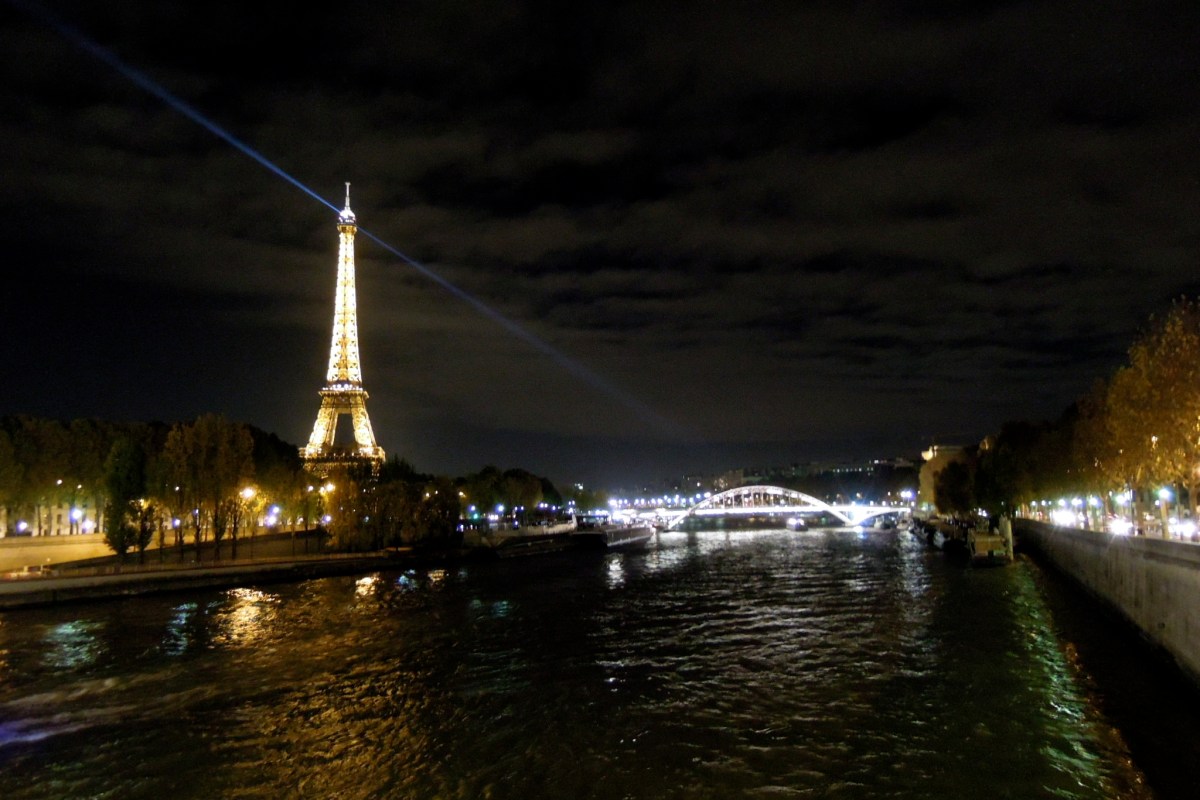 By the way, when I finally got home around 10 PM, I steamed the fish I’d bought that morning at the outdoor market. It turned out extremely well. 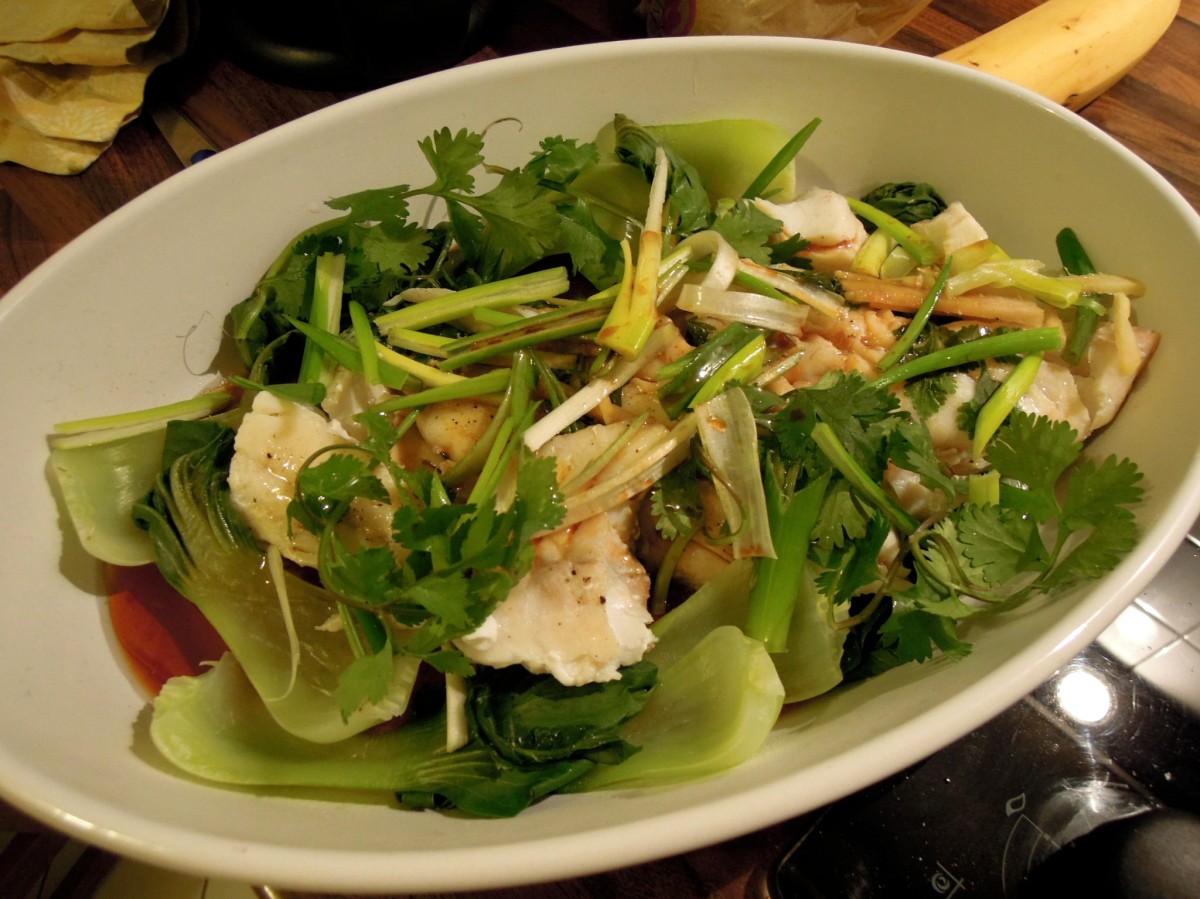