I slept for twelve hours last night, waking at noon to sunshine and the first thought, “We are in Istanbul.” After more than five months of traveling, I notice I have three distinct and contradictory responses to place. First I am surprised, deeply surprised. It does not seem possible that I — I, who lived my first three decades in California! who never left the American continent until age 28! — can be in Edinburgh or Reykjavík or Istanbul, without having experienced some corresponding change in who I am. Even now, I think of travelers as some special breed, separate from myself, and so when I remember where I am, I am amazed.

{as always, mouse over photos to read my notes, or click to enlarge}

Second: However, because we are traveling so much, I sometimes forget where we are. In our first weeks in Reykjavík I was reading Alexander McCall Smith’s Isabel Dalhousie series, which takes place in Edinburgh, and one afternoon I left the apartment thinking I was still in Scotland. There is shared ancestry between Icelanders and Scots, after all; a bearded, overcoat-wearing man in Reykjavík can look much like one in Edinburgh. It wasn’t until I saw the signs in shop windows that I remembered.

Third, between the moments of surprise and amazement, there is also an odd normalness about our traveling life — a strange, yet natural, reconciliation of day-to-day existence with the heightened awareness that is “travel eyes.” I suspect it is the same phenomenon that occurs in all things: humans adapt. We adapt to disability and violence; we also adapt to beauty and comfort and novelty. I was telling Cathy last week, as she and Erik and I sat in a restaurant in Spitalfields, sharing a crab with mayonnaise, that I had expected I would be more conscious of the foreignness of London — this being my first time in England. But no. I would stand on the Tube (there was hardly ever an open seat on the Piccadilly Line), studying the map with its place names familiar to me from books, and think, “I am in London.” And sometimes I would feel amazed, as I wrote above… but other times it would seem as ordinary as if I’d caught a bus from Oakland, rather than a plane from Reykjavík (via Scotland, via Canada!).

I have felt all these things in these first 36 hours in Istanbul. On the narrow streets of Cihangir, it is easy to remember, “We are really in Turkey.” Women in headscarves walk together down the sidewalks; men lounge in cafés or in doorways, smoking. I can’t read anything, the figs are as big as tomatoes, and a guy pushes an empty wooden cart down the center of the street, calling out words I don’t understand. This is definitely not a place I ever thought I’d be, and I marvel. 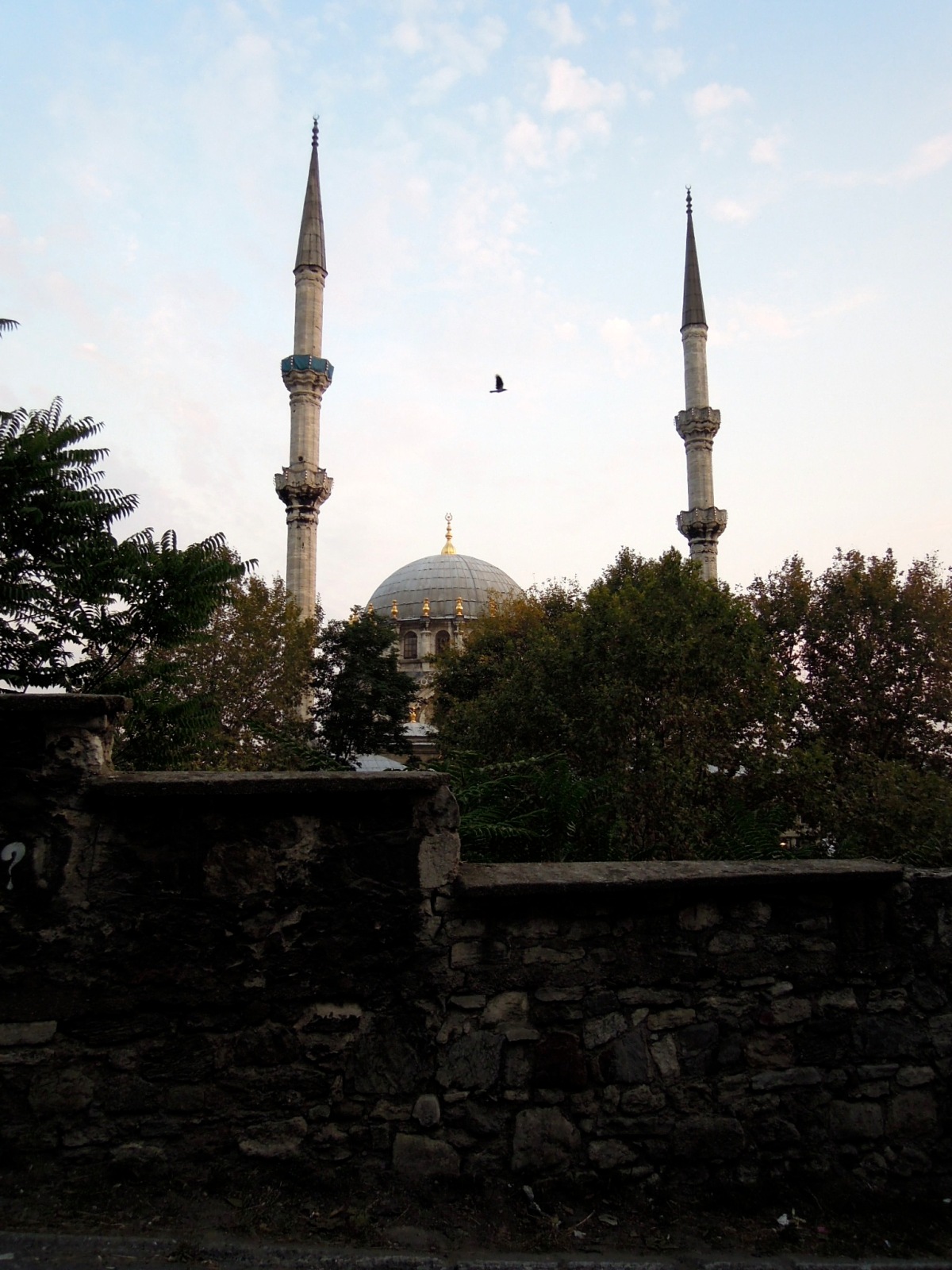 But inside the apartment, I forget. Our host’s IKEA Billy bookshelves* (the same ones we had at home) are filled with many books in English, and her walls covered in mottoes and postcards in English and some in French. The kitchen and bathroom, while small, are not much different from others we know. This afternoon, while engrossed in Diana Gabaldon’s Outlander series –which takes place in the Scottish Highlands — I heard men speaking Turkish outside my open window and I was startled. “That’s right,” I had to remind myself, “this is Istanbul, and they don’t speak English.”

Then, also, even though I feel more foreign here than I ever did in Iceland, life goes on much as usual. We sit at home, we go online, we take walks. There is a pile of dishes in the sink, and pretty soon I’ll need to do laundry. Yesterday we had frozen dumplings for dinner, though they were manti rather than jiaozi, and I served them with cultured butter (the only kind I found at the store) because I wasn’t sure which of the many yogurts was the kind usually served on top. Today we walked down the hill to the Bosphorus, the strait that connects the Mediterranean to the Black Sea and forms part of the boundary between Asia and Europe. It looked as smoggy-hazy as any stretch of LA beach at the end of the day — though it was amazing to see the Asian side of Istanbul on the opposite coast.

As I said, I feel very foreign here, though I’m sure as I get comfortable, that feeling will dissipate — as it has, everywhere else we’ve gone. Again we’ve been fortunate in that I have, utterly by accident, chosen a great neighborhood to stay in. Cihangir was described by The Globe and Mail as “Paris meets Brooklyn,” and this wonderful post by a world-traveling photographer captures some of its spirit. And the cats… oh my goodness, the cats. 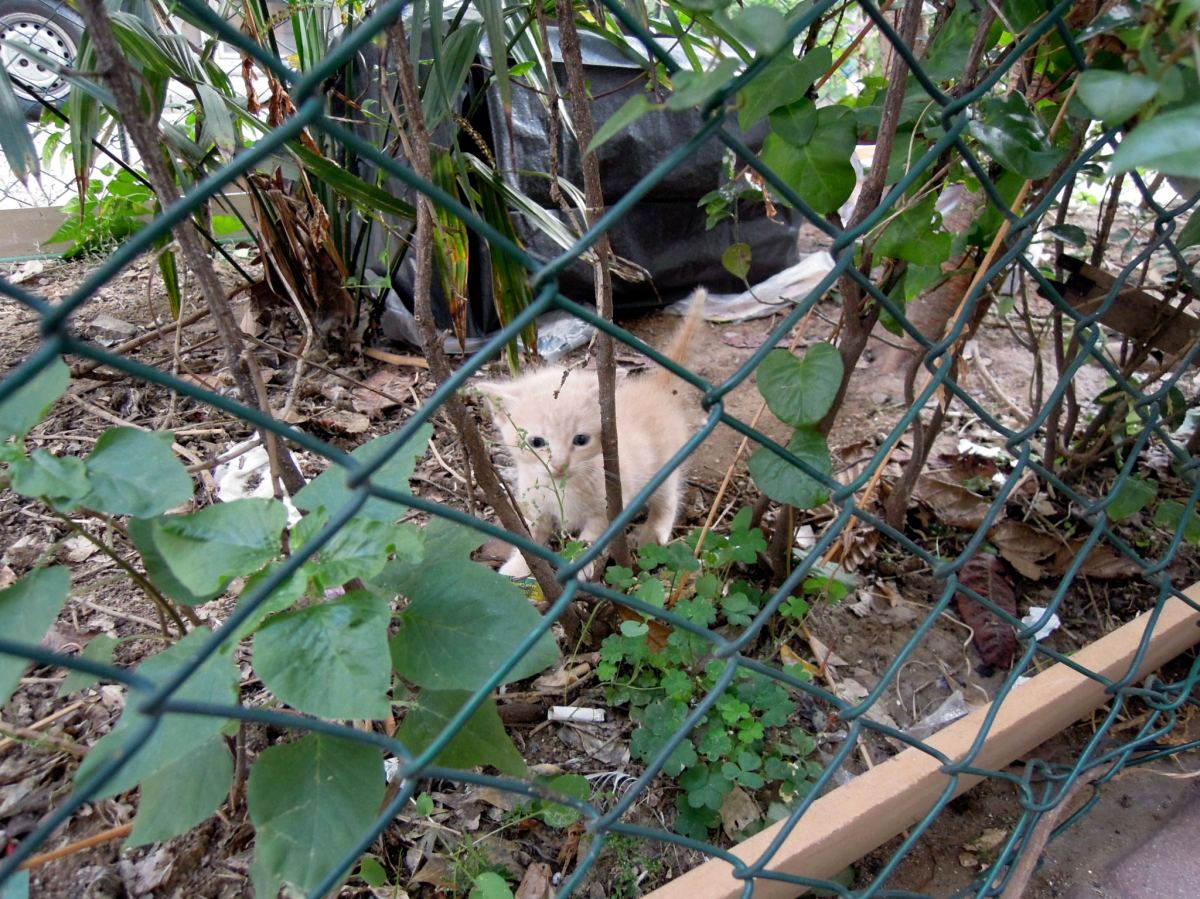 Do you remember the time we delighted to see fourteen cats in one evening walk through Reykjavík? Tonight, walking through Cihangir, I didn’t even bother to count, as cats were everywhere we looked. On one lonely street I said, “That’s weird, there are no kitties here,” and not a minute later, Erik spotted three: all orange, all striped and big-footed, clearly brothers. While we ate dinner on a café patio about half a dozen cats strolled in and out: two Russian Blues, a black cat with white feet, a white one with grey spots, and a pale beauty who very much wanted some of my omelette. Across the street, several other cats sat on windowsills or doorsteps, not even budging when a dog walked by (and the dog ignored them, too). They are nearly all small cats and short-haired, but they look healthy and are clearly held in much affection by Cihangir residents; we saw many food and water dishes (often improvised from cut-up boxes or bottles) laid out on sidewalks, doorsteps, balconies, and windowsills. 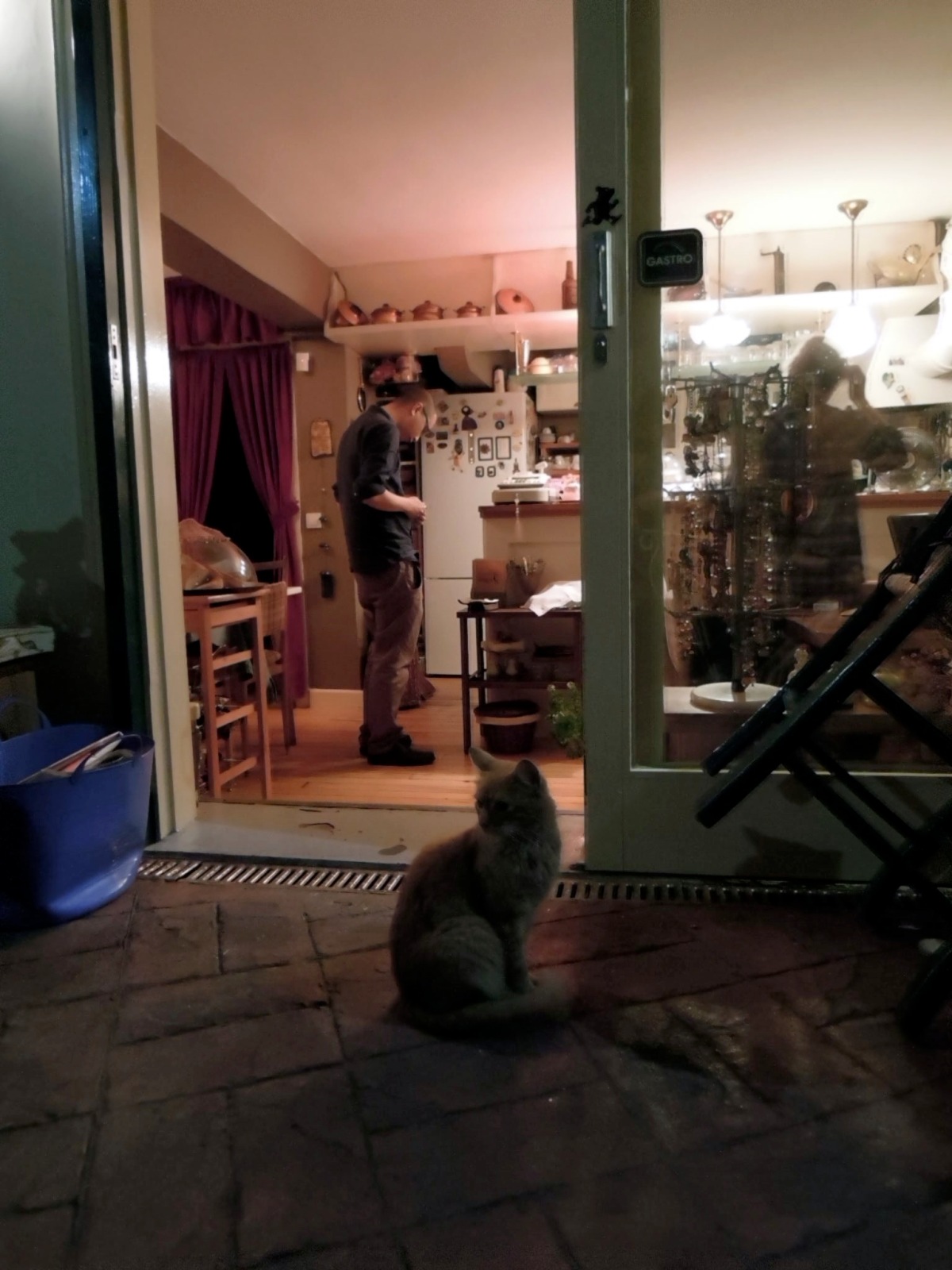 For now, as ever, we’ll take our first days slowly, and see where things go from here.

*There has been IKEA stuff in every apartment we’ve stayed in, I believe. I joke that when we’ve arrived at a place without IKEA, then we will really be far away!