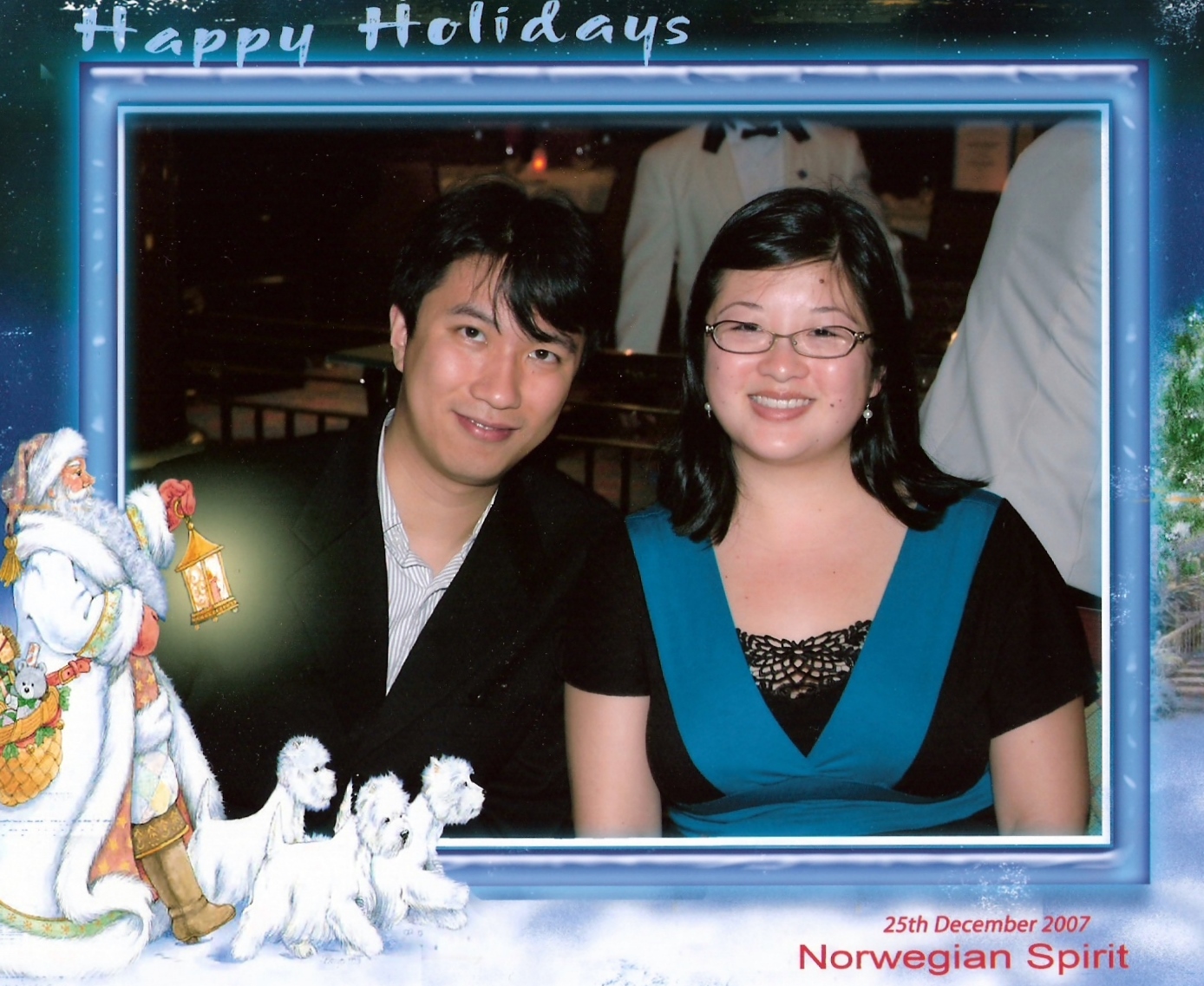 It’s a beautiful morning and everyone else is asleep. I am eating a banana and have just finished catching up on email.

Hello, everyone! I am ridiculously thankful to be back. In the spirit of my kvetch-gratitude journal…

Here is what we don’t need to remember about our vacation (but probably will):
-how Yifu somehow wound up in DC on his way from San Jose to New Orleans, almost missing the ship
-how Alex forgot his passport on the way to LAX, having to book a new flight and almost missing the ship
-how engine trouble resulted in a last-minute cancellation of one of our ports, and Norwegian refunded us only with an insulting $50 shipboard credit per family
-that the food was mediocre most of the time, occasionally ascending to “above average,” except for some tasty local stuff we had in Honduras and Mexico
-that they massively overbooked the on-ship fitness classes, so Mommy, Phyllis, and I went through a Pilates class attempting to share one mat
-how 5 out of 17 of us got sick with what appear to be 3 different bugs
-how my stomach remains crampy and easily offended, three days after I first started feeling nauseated onboard the ship
-how Shra and Erik are still stuffy/congested
-how we spent five hours at the New Orleans airport yesterday, and one hour at Dallas/Fort Worth
-how we got back and discovered someone had shut the door to most of Tibby’s water supply, and the amount of food left in his automatic feeder looked like too much to be right, and how we couldn’t find Tibby anywhere for a frightening five minutes until he turned up thinner and more affectionate but otherwise mysteriously normal

Here is what’s more worth remembering (though the above does tend to rise to the forefront):
-that we all made it to the ship fine and on-time
-that Gong-Gong stayed healthy and active the whole time, despite being past 90
-that none of us got sunburnt in port
-that we were able to stay reasonably fit through later fitness classes (attendance fell off after the first day, and we’re still sore from Saturday’s Pilates class) and good gym facilities
-that the showers in our staterooms were surprisingly nice
-that we haven’t had a full-family vacation like this since Shra and I were small, and likely won’t have another one for an equally long time
-that we all made it back safely… and we’re going to have dim sum later! (Be still, my stomach… no really, STOP CHURNING)

It really was enjoyable to see everyone again, though the adults’ near-fanatical insistence on together-time made us kids awfully cranky (I’m planning a comic on this for the near future [this never happened]). Erik and I didn’t feel we slept properly until the day I got the stomach bug and we stayed in from our shore excursion (forfeiting $80 apiece, but everyone else said it was bad anyway) and napped for four hours. You know it’s been a lousy vacation when you’re not at all sorry to leave and utterly thankful to get back home, but still, we have something to talk about, and now I’ve seen bits of Honduras and Belize, and eaten really good food in New Orleans (even my stomach bug stopped complaining long enough yesterday to allow some amazing fried catfish).

More troubling than the cruise, and more persistent than my stomach trouble (I HOPE the latter doesn’t last so long!!), is the vague feeling of panic and despair I’ve been experiencing since our vacation started. I don’t know if it’s because I didn’t rest well before we left, or because I have a job now, or what, but almost every day I’ve been having these moments of total what’s-the-point-of-anything?-ness. It’s not like depression because aside from these moments I’m fine, but the moments themselves are extremely panicky and I feel terrified and trapped. I don’t run around screaming or crying or anything; I just feel, quietly and chillingly, that I’d like to give up everything (like running away, NOT like suicide, don’t worry)… except I don’t know what I’d rather be doing, or where I’d rather be living. I’m at a loss to explain it. In general I’d say I’m quite happy with my life, but where does this empty feeling come from?

Well, thank goodness, now I’m home and on solid ground (not that it feels like it… I’m very dizzy and still feel like I’m on the ship) and can eat normal food and all that, I’ll have some time and energy to think about this and what it means.

Other random things:
-I bought a NYT crossword book in Dallas on our way to the cruise, and I’m getting better at the puzzles even though the “hard” level is still totally out of my reach
-I really enjoyed The Cider House Rules, a book I’ve been trying to read for years (has anyone seen the movie?)
-the LeSportSac bag I got for $35 from Loehmann’s the day before leaving LA was wonderfully handy throughout the trip (thank you Jackie!!!!)
-Oprah makes some great magazines (O and O at Home, if I’m remembering the titles right)
-I read all of Patricia Rain’s book on Vanilla on the way back to San Jose… did you know vanilla comes from a climbing-vine orchid and takes months of labor-intensive work before it’s ready for sale?
-people on cruises fall into three categories — nice, rude, and tu (tacky and ignorant, though not necessarily deliberately so) — with no grey areas
-Norwegian’s cruise staff spends 10 months of 7-day, 10-12-hour-day workweeks on-ship before returning to their home countries for 2-3 months
-in Belize the biggest industry is tourism; Belizeans speak Creole English and make $2 (US) a day on average, which puts the $15-20K/semester junior college tuition out of range for nearly everyone (K-12 is required by law)
-the Spanish I heard spoken in Honduras and Belize was a delightfully slow tempo and well-enunciated without any confusing accents
-people in New Orleans were sometimes nice, sometimes curt, but I always felt they didn’t like us or didn’t trust us (except for our airport shuttle driver on the going-home day)
-Bath and Body Works makes a nice citrus shampoo (courtesy of the Marriott in the French Quarter)
-speaking of the Marriott, they have THE MOST AMAZING complimentary breakfast any of us have ever had the good fortune to eat. Think omelettes made to order and meats carved to order, yogurt parfaits, two kinds of smoked salmon, etc. It’s almost worth staying there for the breakfast alone. And it was ten times better than anything we had on the cruise.
-in Beatrix Potter’s The Tale of Two Bad Mice, Hunca Munca’s husband is named Tom Thumb. I spent half the cruise trying to remember this, because I was unwilling to shell out $5 for internet to look it up. Forever henceforth, one of our family catchphrases will be: “Hunca Munca AND??????”

Oh, and my main debit card has been identity-thieved of several hundred dollars. I have to call the bank. Argh.

[This post was imported on 4/10/14 from my old blog at satsumabug.livejournal.com. I never posted any photos from the cruise, so here, have a couple of the souvenir ones:] 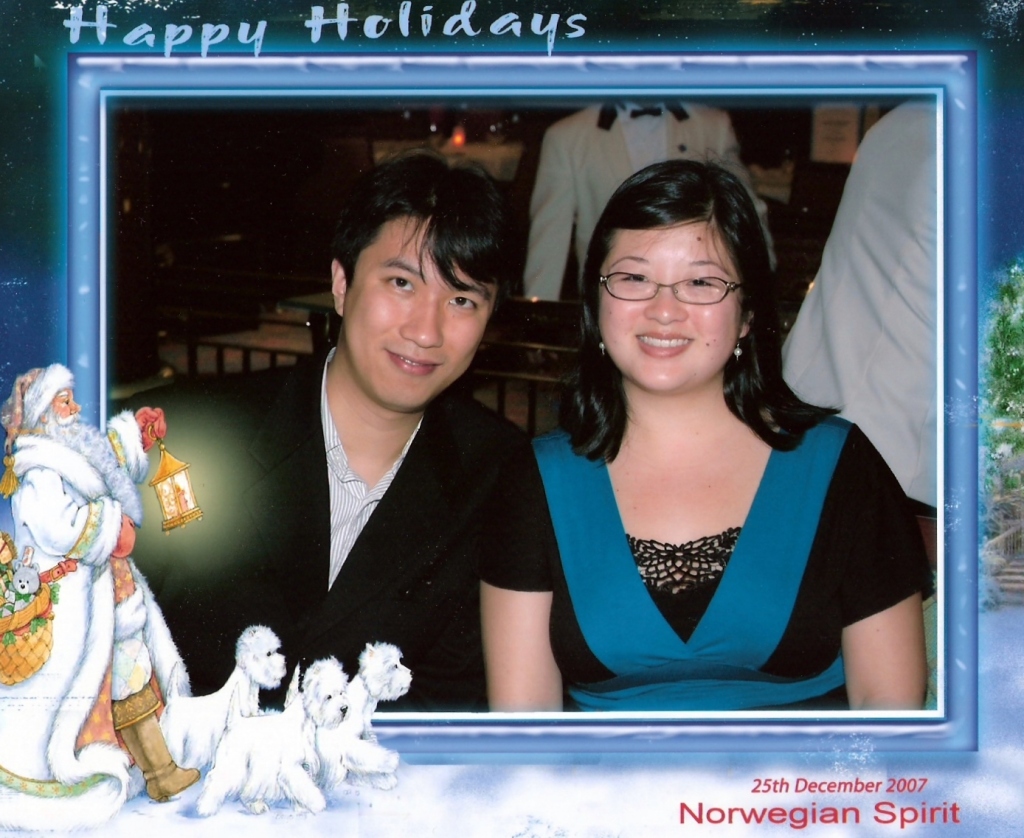 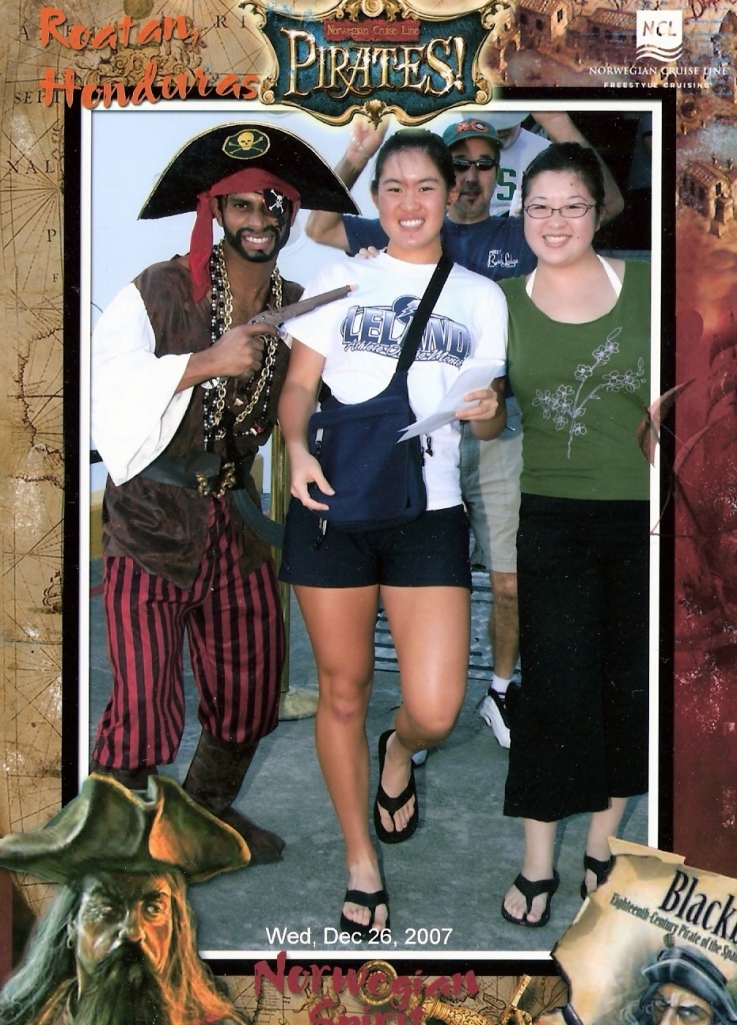