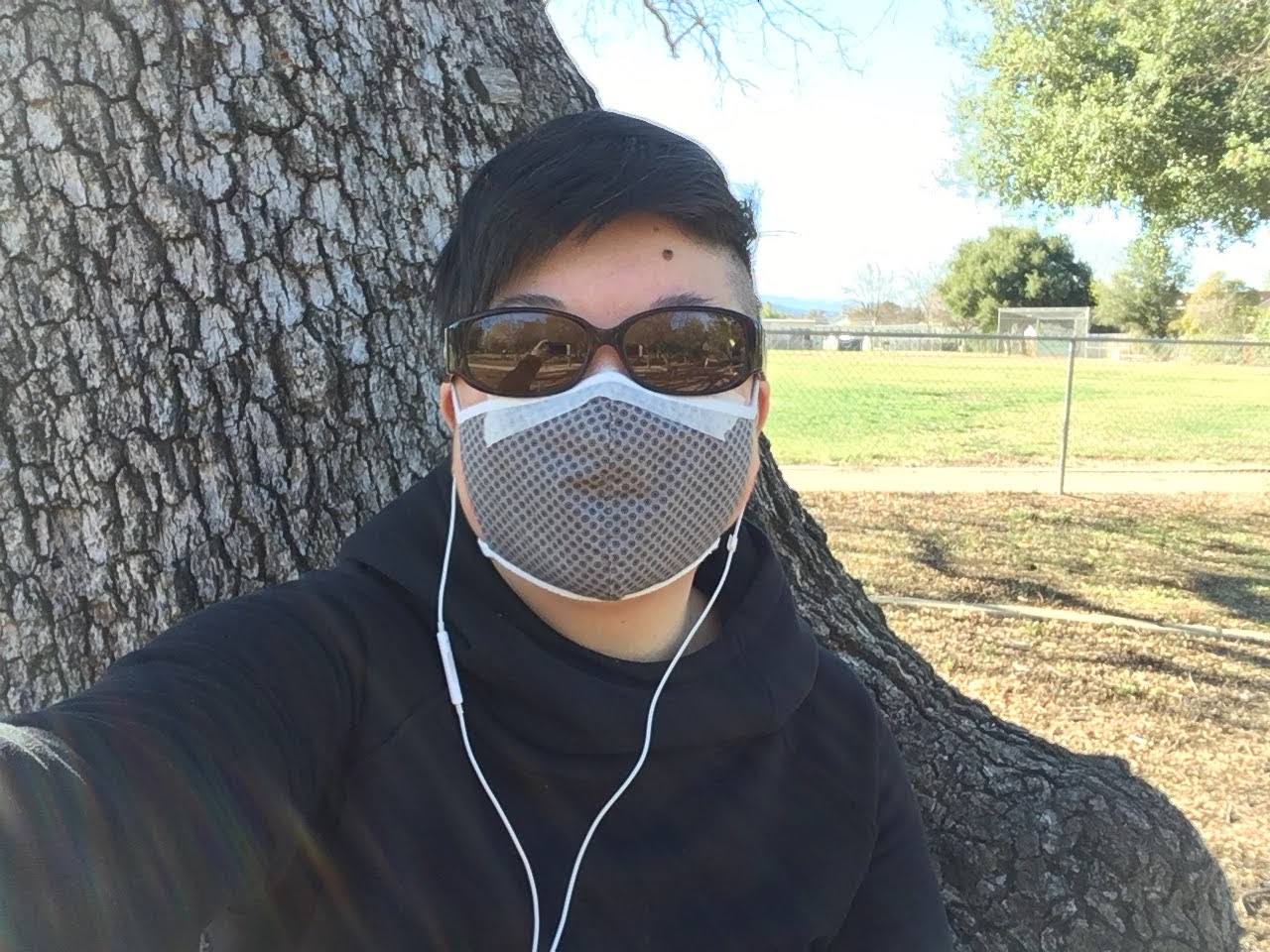 Monday. Still at my parents’ house.

We’re feeling all the things at once these days, and it’s weird: despair and depression, triumph and growth, utter loneliness, constant connectivity. Everyone is so very tired and burned out. Evidence of my mental state: I forgot the sugar when I baked pumpkin bread yesterday. I may think I’m ok, but this is pandemic “ok”, not regular.

I still feel grim about the future, but the depression is in my thoughts, not my soul (preferable!!) — on the basic animal level I feel fine, and I don’t take that for granted.

I had feared, when I started as preschool president, that I would have to wait until the very end of the year to see my work pay off (if it even did), but it turns out that isn’t true; I’m already feeling good about it and getting some sense of reward. It’s such a funny thing, about leadership: I do a LOT, and yet so much of what I do is less-visible, though just as clearly felt. Compassion, intuition, reading the room, etc.

E and I are going to decide on a week-by-week basis whether to keep staying with the parents. I was really fired up to come to this decision — I even told my therapist about it when she asked what good things I was doing for myself this week. But now that we’ve done it, I feel a fresh sense of grief and also of preemptive bleakness. It was hard not having any help or any other focus for Owl, and trying to build structure and routine on our own, having no easy outdoor space, limited indoor space, figuring out every single meal and a lot of snacks, feeling guilty and concerned over the interaction and kindness Owl wasn’t getting, tripping over their stuff in every single corner, and also worrying about the parents. I feel very sad that I haven’t done “more” with my relationship with my parents during our time here, and I’m apprehensive about returning to pandemic life at home… I must admit it doesn’t feel entirely worth the lack of help, but once Owl is back at school, surely that will be better??

SD said yesterday that she tends to want to do anything these days rather than feel how sad and lonely she is, and that’s why she’s always on the internet or what have you. This resonates.

Last night I talked to Erik about wanting to send Owl back to preschool: Owl has now been out of school longer than they’ve been in school; I’m worried about sending them to public kindergarten after 18 months of no consistent friend/group interaction (and tons of independent learning far beyond their age level); I miss community; after 10 months of near-total isolation and 2 months of grandparent immersion, I’m appreciating what teachers can provide that we can’t; the risk is far less than what others have been taking on for the past 11 months. E said he understands and even agrees, but he’s not there yet, emotionally, and is still looking at the numbers.

I also know that fatigue plays a part in my thinking. Ultimately, I just have a different view of sustainability and benefit/risk calculus as we inch ever closer to the one-year mark.

After dinner I came upstairs and wrote with KK for awhile. She and S are going to get married — a lovely, happy thought amidst the pandemic, when so many other relationships have ended.

Erik and I stayed up talking for some time, rare enough these days to qualify as a special treat. And then I dreamed about murderers and crime scenes and violence! What’s really weird about my dreams now is how matter-of-fact they’ve become, even scenes like this one: a beautiful courtyard full of little pools of floating flowers, yelling at a young family to get out of there, bodily yanking them away, while leaving an aged grandmother to die because I knew she’d slow us down too much. These dreams should be terrifying, but dream-me is always even-keeled these days — we’re all desensitized out of sheer survival necessity.

Friday. Lunar New Year. The Year of the Ox.

I was happy to have the New Year celebrated/mentioned by friends and my therapist. Actually our family dinner was, while still a feast, pretty minimal on the celebration front, and I had to run off to Zoom meetings before my parents even sat down.

I ordered a white blazer off Poshmark and it’s supposed to come today, but I feel almost like I oughtn’t to even try it on the New Year since it’s a time for new (not secondhand) clothes and white signifies death — not that anyone could say death isn’t totally among us, with COVID and all.

I feel like I should set intentions for the new year, but I’m just so tired.

I’ve been melancholy, grumpy, and cold for much of the day, and I didn’t do much of anything. I did doodle fun scenarios when I realized I’d somehow slid into that sort of mood where I can’t think of a single thing I want to do; drawing them was cheering, as was texting with SS and putting another virtual dance class on our calendar.

I just don’t know what I want with ANYTHING or anyone right now. I want to feel that my life matters, perhaps. Last night I put myself to sleep trying to think of 100 people whose lives I improve, and I only got to 70, but it was mildly soothing. But it didn’t fill the deep longing in my heart — existential emptiness, Idk. And why shouldn’t we all be feeling this way (AGB is literally messaging me about this at this exact moment)?! (Even Postcards to Voters is between campaigns!)

I did think of sending valentines to everyone, but it’s too late for that, and anyway I really don’t have that kind of energy.

I woke and decided to dress to please myself — not that I usually don’t, but many days it’s more utilitarian, whereas today I decided to give it some thought. E and I have shared a lot of hugs today. I’ve done some movement. It is good enough for now.

I’ve felt heartsick and, let’s be honest, avoidant lately over the confluence of horrific attacks on elderly Asians (and an abduction of two young Asian kids, though they were found safe the next day, not that that makes it okay) and more vocal anti-Black and pro-law enforcement sentiment in the Asian community and beyond. I have been heartened to see a parallel rise in joint Black and Asian organizing, but it feels so complicated and frustrating to have our place in this country so tied to respectability politics and the model minority myth (not to mention our cultures often emphasize compliance and deference). Many of us were not raised (though we could have been) on stories of resistance, resilience, and survival against structural oppression; moreover, so many immigrant stories of resilience end with this country being the savior or the prize.

Also wearying: my own complicated relationship to Asianness and Chineseness, involving a fair bit of shame and impostor syndrome (exacerbated now that I’m a parent).

I feel buoyantly happy today, of all things. I think it’s an accumulation of small good things, and also possibly one very delightful thing, which is that the Wildfang blazer looks awesome on me. It’s really pleasant to be so happy and just be feeling myself.

It’s a sorry realization how good it feels to be writing right now without distractions, when all day it felt somehow impossible. But now that I’ve closed and stowed my laptop, and reactivated Do Not Disturb on my iPad, the page and my pen feel so spacious. I imagine my devices as a trove of possibilities and connection when really, they’re also traps. It’s addiction, I suppose — chasing dopamine, because nothing else feels quite like that. Until a moment like this one, where I sit down and it’s like fresh air after having not been outside in ages.

Another sorry realization is I didn’t know how bad this winter storm is in TX; I knew J had all week off because of it, but now the reports are coming in of people without power for days, or no water (J has power but no water and is hosting people); it sounds on par with the CA fires.

I realized this morning that I am stressed about kindergarten and I just haven’t registered it because everything is so stressful right now overall, I don’t really notice additional stress unless it’s at quite a high pitch or requires a particular weight of decision-making.

While I was researching schools I went down a rabbit hole about giftedness and what people recommend for gifted kids — which brings up a lot of feelings about my own childhood, about how the “gifted” label both helped and hurt me (and E’s experience was very similar), trying to envision how our lives would have been different if we’d been in a school for gifted kids from the very beginning. The language of exceptionalism used on gifted websites makes me uncomfortable; in some ways it feels like recognition and validation, but it also feels like pressure — the pressure that I now realize I’ve felt all my life — to DO SOMETHING with my giftedness, with my SO MUCH POTENTIAL, that I hold back because I’m so afraid to fail in the spotlight (while simultaneously feeling invisible/unsupported because no one really knows what my needs are).

What bothers me about the way a lot of parents talk about schools is they seem to see their children’s education as being about the kind of schooling their kid receives. Whereas I have almost zero interest in Owl’s schooling, because if they take after E and me, they’re entirely capable of learning the whole of K-12 curriculum with a little guidance (and, I should add, Owl is unlikely to encounter significant structural barriers, unlike some of their peers). For me, school is where you (and your family unit) happen to be while you’re learning how to be a human in a society, so it’s very important how school reflects that learning back to you (and provides new dimensions of it). Owl’s education should make us all better people — E and me, too. As far as we’re concerned, the academics are incidental.

E and I also, ultimately, kind of feel that everything is meaningless; we’re here in this life to live our fullest and help as many others as possible to do the same, but what that looks like for any individual person is not something that can be taught (at least not in the curriculum sense). There is no one “success”, and we are hugely skeptical of other people’s ways of trying to define it; in fact, if someone says they can, we’re immediately suspicious. I think our view may be somewhat naïve as well as being deeply radical — and based in a tremendous amount of privilege.

Ha. I love E. I ran all of the above (and then some) by him and he said, “Yeah. We’re trying to raise a troublemaker.” And then added, “I think you and I are on the same page here.”

Sleepy, hungry, starting to get cold, and having that feeling of being inexperienced and unsure of things that had previously seemed clear — even hard-won insights. It’s because I’m tired after not getting enough movement (or sleep) all week, and then I lay around reading COVID news.

Sending love to those who don’t have enough food.