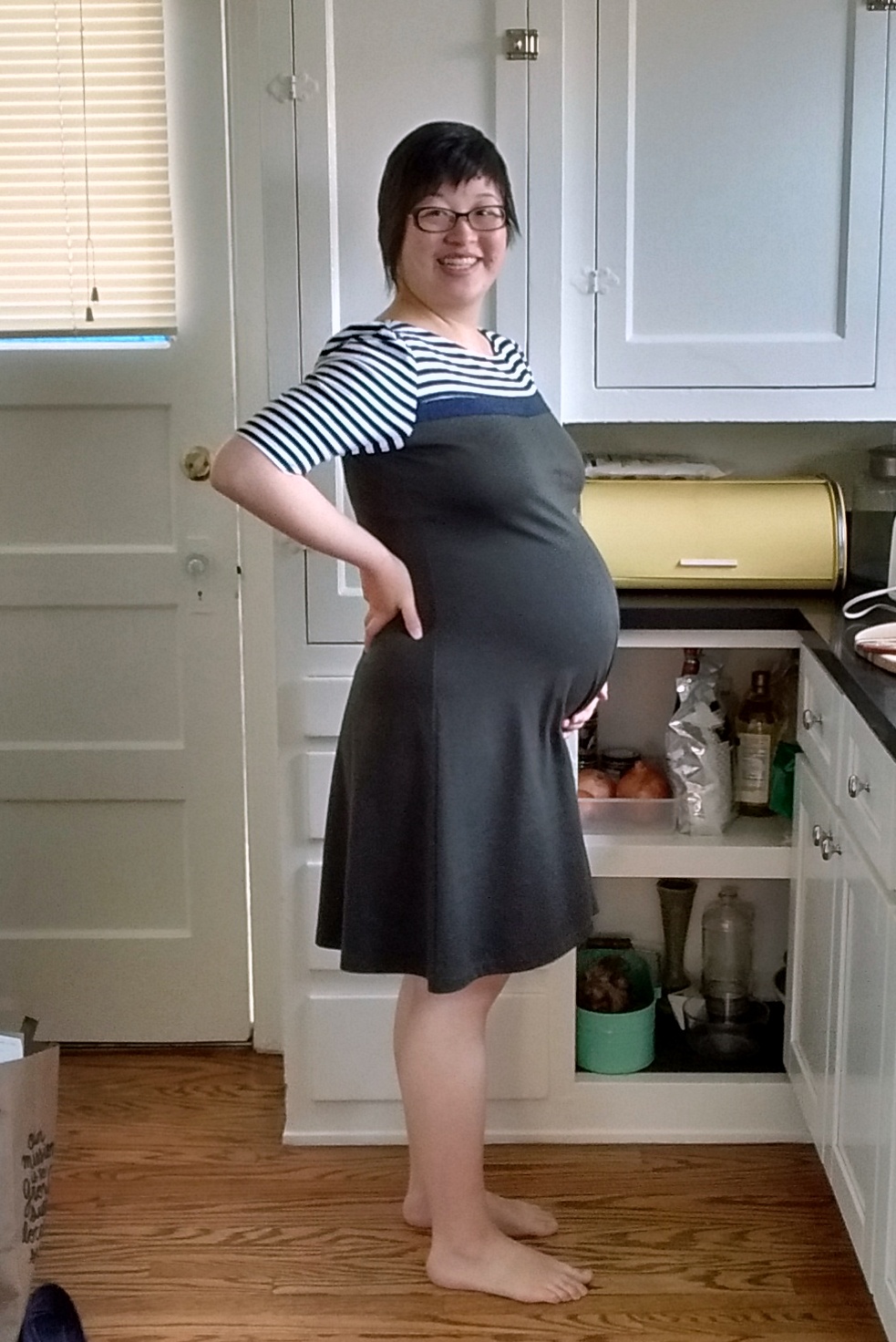 A friend asked me recently whether I was feeling nervous or excited. I said, oh, so much both.

It feels like I have an important race coming up, but I don’t know when.

I don’t know whether it’s going to be a 5K, a 10K, a half-marathon, a full marathon, or an ultra marathon.

Also, I’m not a runner. I don’t even really walk. And even if I could, the type of running and walking to be done during this race is nothing like what I could do outside of it.

The only thing I know is I can do it. But even that knowledge is hard to grasp, because it’s so unprecedented — when else in life do we know we can do something we’ve never done before and which is totally individual and unpredictable?

What’s more, after the race is over, I won’t get to return to my previous life. I’ll be whisked away, exhausted and sleepless and probably ragingly hormonal, into a completely different world with new tasks and new responsibilities and new terrors and new joys. And while the race is relatively short and happens in a controlled environment with lots of professional support, the rest of this brave new world will be — so much of the time — just me, or me and Erik, fumbling along as best we can.

It would be irrational not to be terrified. It would be even more irrational to be looking forward to it. I am both. This whole undertaking, the whole of life even, is irrational.

So how does one prepare for the unknowable?

Rest well, eat well, drink well, move my body as best I can. Spend time with loved ones, spend time alone, or just with Pudding and Erik. And appreciate these last weeks of life as I know it.

A postscript written this week:

Actually, my perspective has shifted on this, a little.

Over the weekend we went to an “easeful birth” workshop at my yoga studio, and it turned out to be mostly focused on hypnobirthing, which would have scared me away if I’d known. Fortunately I didn’t, because the workshop was so helpful.

Hypnobirthing sounds appallingly New Agey but while it’s not without its woo-woo elements, at its core, it is solidly practical. The basic premise is that fear makes us tense, and when we’re tense, everything is harder. So we learn ways to relax and feel capable in our bodies (with the help of our partners if applicable), and we start practicing these well before the birth day, so when the day comes, this relaxed state of mind will be easier to access.

Of course I don’t know yet that it will work for me, but already I’m finding the breathing techniques very soothing. What’s more, they give me something to do that feels like preparation for labor — in other words, whereas I wrote on January 30 that there was no way to get ready for this 5K/ultramarathon, the hypnobirthing workshop suggests that there is something I can do. And that, in itself, is deeply reassuring.