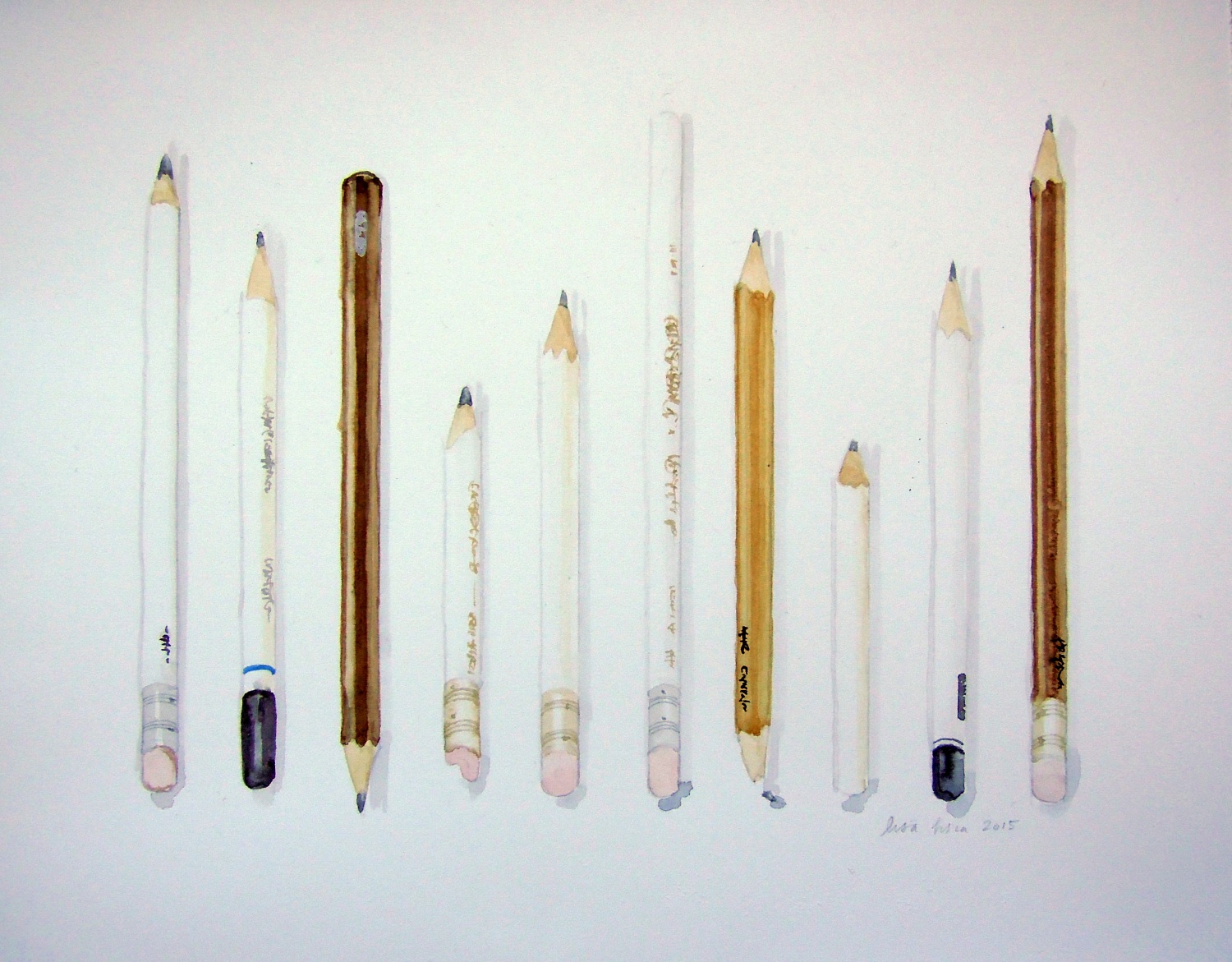 I’m writing this from the cafe at the Oakland Museum, in keeping with my newest tradition. After spending two straight Fridays here, I bought a membership and have used that excuse to think of the museum as my second living room — or, as my hairstylist KC corrected me when I told her this, my third (since I was thinking of Manifesta as my second home well before I ever set foot in the museum)! How lovely, after our semi-nomadic life, to now live in a city where I have not one home but three (at least). I’ve come here every Friday for the past five weeks and it always feels like a treat.

Much has happened since I last posted here, though on the surface my life appears the same. I acquired a new, lighter-weight laptop — which is how I’m able to type at the museum when coming here required a mile walk — and more momentously, my first smartphone. I’m trying hard not to become one of those people whose heads and shoulders are perpetually craned over tiny screens… but I must admit I love the phone. And Instagram: 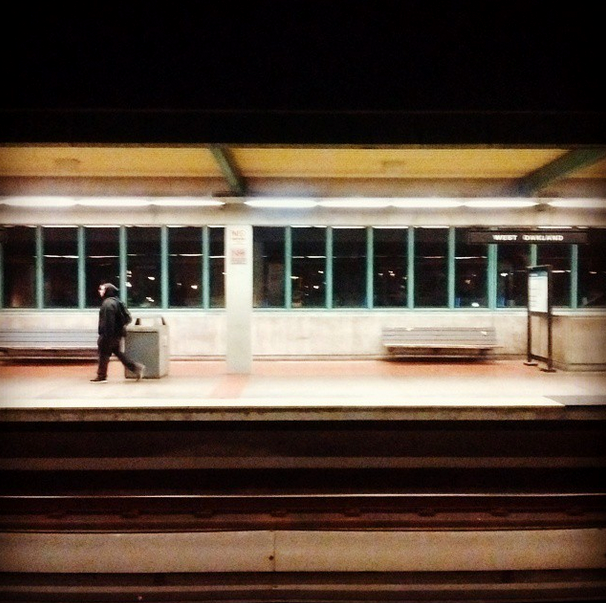 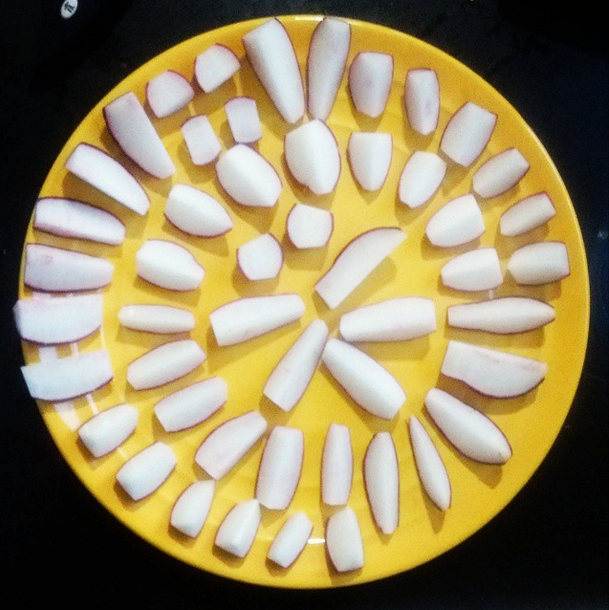 view from the tower at the DeYoung Museum, San Francisco 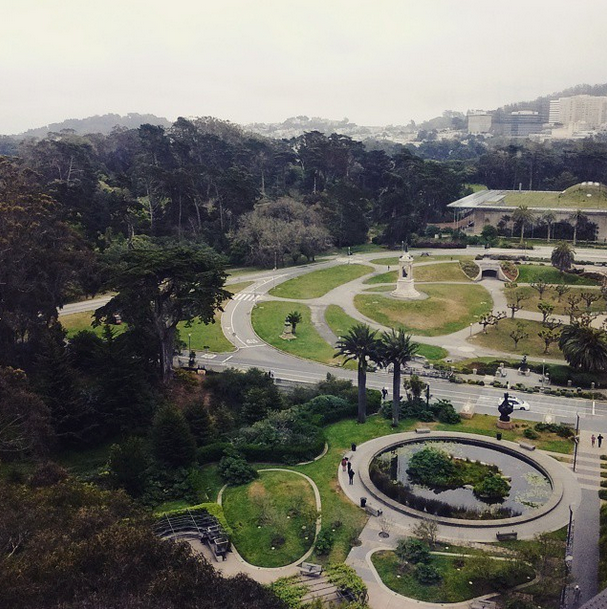 The phone also made it possible for me to take on a last-minute illustration assignment, which is I believe my first time creating pictures for someone else’s words. I was away from home for the day and would have received the email too late if I hadn’t gotten it while I was out. I might still have said no then — intimidated by inexperience and the near-immediate deadline — but the words in question came from Vanessa Mártir, a fellow VONA alum and a writer of fierceness and power. Reading her work always challenges me to be better. I urge you to read her essay — and I’d love to hear your thoughts on whether the below watercolor goes well with it. 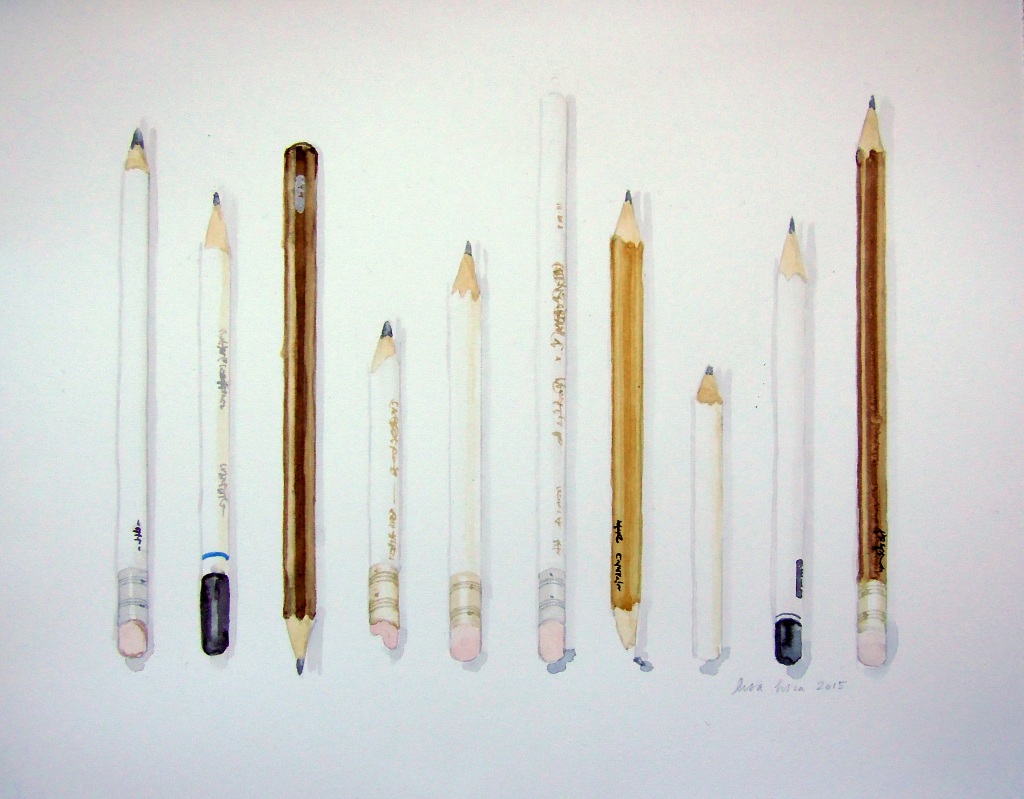 As I was telling Mo the other day, my creative trajectory seems always to be shifting. For a long time I was focusing most heavily on my writing, but these days more of my output is visual: the above illustration, my life drawings, and soon, on another Friday night at this very museum, portraits which I will be creating on the spot (I also hope to sell prints, which I’ve never done before!). I’ve been wanting for some time to dig deeper into how I express emotions, responses, and states of mind with ink or paint, and being a regular museum visitor is definitely helping with that, as I spend time with other artists’ answers to the same questions. (I was reading about Wayne Thiebaud shortly before I made the illustration for Vanessa’s piece, and viewing his paintings at the museum, and you can see that in the pencils. It was completely not on purpose.) 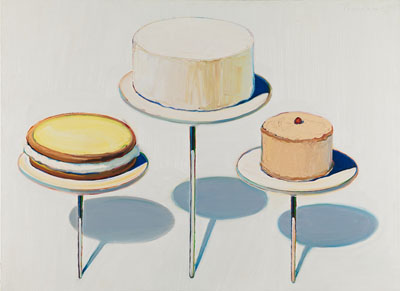 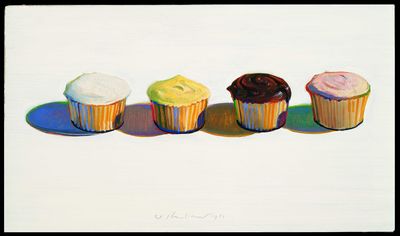 It isn’t only my output that’s changed. I’ve been thinking somewhat differently too, and trying to impose more structure on my days. There is still such a distance between what I’m capable of doing (and what I have done) and what I’d like to have the power to accomplish. And I am feeling very keenly the passage of time. A relative died in China, someone who ought to have been close but whose life was separated from mine by a space of imagination far greater than the span of the Pacific. Meanwhile, nearer home, I was present when my parents brought their cat to be put to sleep.* A thin syringe, a great and near-instantaneous drowsiness, a second much larger syringe — end life. And on the flip side, two of the closest women in my life are pregnant, and someone else in my circles is beginning an equally significant journey. Even before any of this, I was thinking hard about the limits of being mortal — longtime readers know I think on this often — but I’m sure such events seep into my unconscious much deeper than even I realize, and affect my work and perspective.

*In fact, once again, I received word of this via my new phone while I was at this very museum, and that enabled me to alter my plans quickly so Erik and I could go down to San Jose. We still would have done it without the phone, but it wouldn’t have been as efficient.