There are now more than 600 members of my weekday Meetup group. I doubt I’ve met even a third of them, but those I have are interesting people, and it’s a pleasure finding activities for us to do together. On Monday we went to the Alameda County Community Food Bank for a three-hour volunteer shift.

packaged foods at the food bank 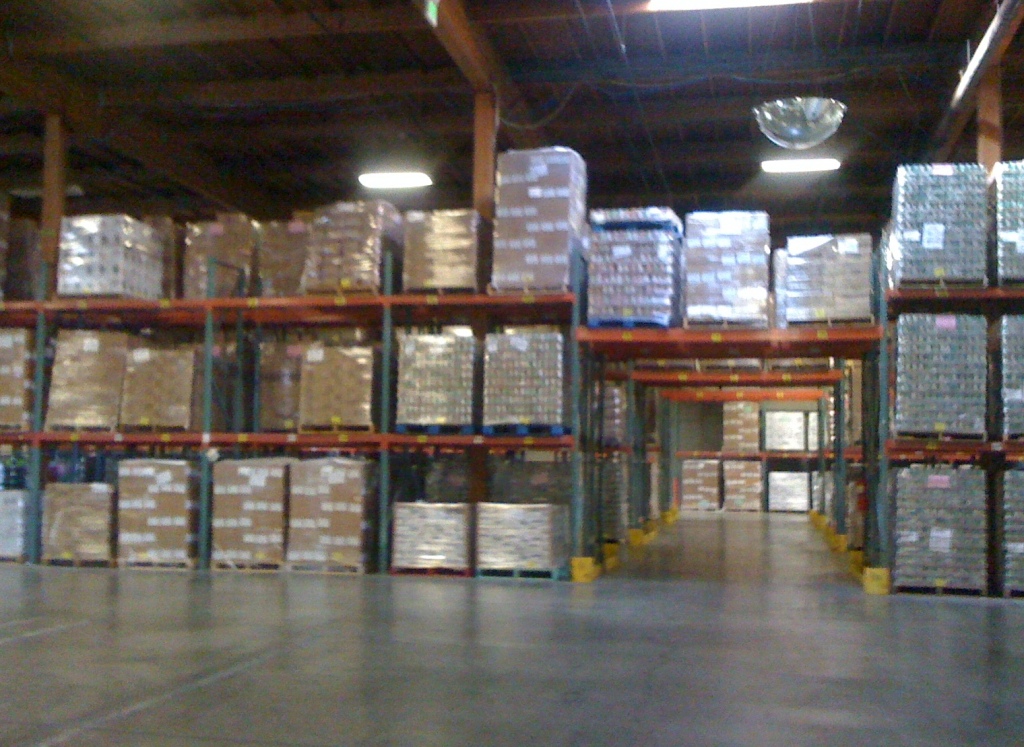 The closest I’d ever come to this type of volunteering was one time when I assembled meals for Project Angel Food in LA. I wasn’t sure what to expect — I thought maybe we’d be putting cans into boxes — but we spent our shift dealing exclusively with fresh produce, namely pears and carrots. These arrive at the food bank in big bins, and it’s up to the volunteers to sort out the bad ones and then parcel them into smaller containers, in this case mesh bags. The food bank distributes to agencies and organizations rather than individuals, so all these bags go to places like churches or shelters or after-school programs. (I thought of my fifth-grade tutee and the juice box, fruit, and cookie she gets from her tutoring program.)

photo from my Meetup member, Christine

As it turns out, two-thirds of the food bank’s supply is now fresh fruit and vegetables, purchased from farmers who would otherwise plow them under (to avoid glutting the market). It used to be that food banks would get most of their inventory from supermarkets with overstock, but now that computerized inventory-keeping is more precise, there isn’t enough of that kind of surplus. So the food bank buys most of its stock now, at deep discounts (about 15¢/lb for produce, 65¢/lb for everything else). Because of those discounts, they also prefer that people donate money rather than food items. (I had always wondered how food banks survived off the donation barrels I see in my local supermarket. Those, we learned, are really just an awareness tool; their collections only make up 3% of the food bank’s inventory.)

inside the walk-in refrigerator 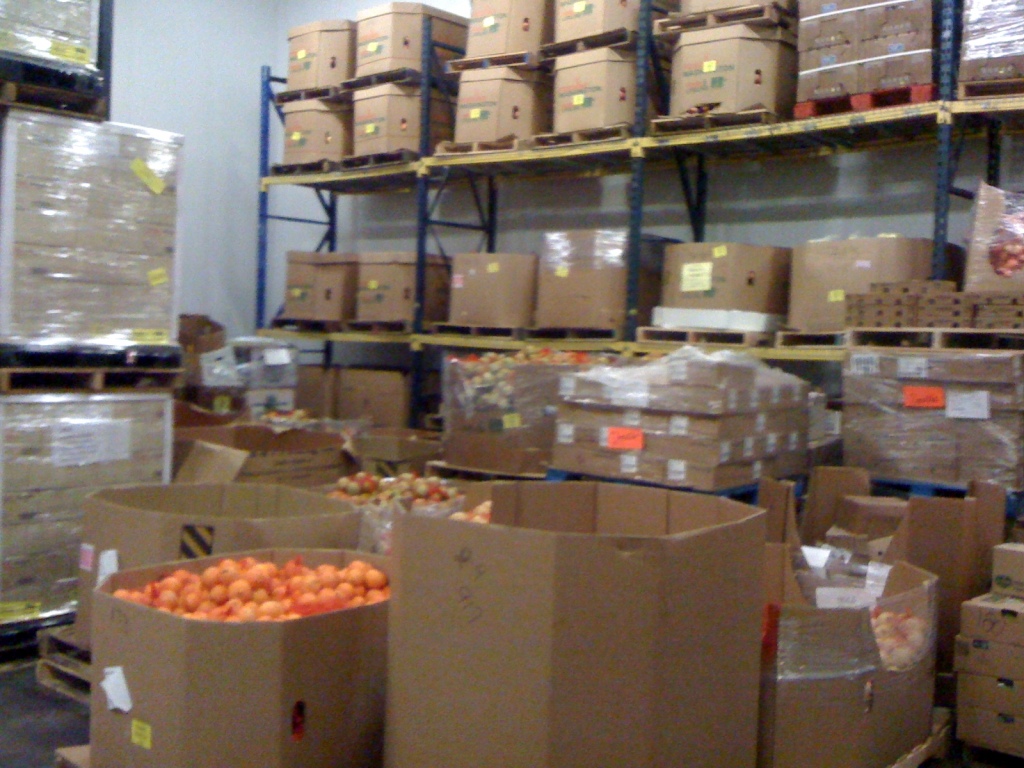 It was a fun volunteer gig, and we plan to do it again, but the cause is sobering. This food bank serves one out of every five county residents, a much higher proportion of the community than the nationwide average. Two-thirds of those served are children or the elderly. More than half of the households served have someone working full-time; a volunteer coordinator said that most families come to the food bank in the last week of the month, when the paycheck has run out. And yet another 42% of households are trying to get by on an annual income of less than $10K.*

I think, for those of us with a very limited personal experience of poverty (loaded word that it is), it can be all too easy to imagine that it still means the kind of bedraggled street urchins illustrated in the pages of Dickens, confined to certain neighborhoods and accompanied by infestations, grime, and crime. It really isn’t like that. You can’t tell by looking at someone. Poverty can just as easily go with college education and full employment as with the inner city, or the rural backwoods. People cycle in and out of need throughout their lifetimes. I’m not saying I know very much about it, but if there is hunger in our communities — whether that is the malnutrition of the cheapest food, skipped or skimpy meals, or the choice of heat or carfare over tonight’s meal — then that should concern all of us who have any capacity to help at all. These are our neighbors.

To donate to Alameda County Community Food Bank, visit their website. They can buy $6 of food for every $1 you give.

To find another food bank in the US, visit Feeding America.

*For reference, a recent report suggests that in Alameda County, a family of two children and two working parents requires $86K to achieve a modest standard of living. That is a lot, and obviously thousands of families get by on less, but it’s worth thinking about these numbers. The $86K figure assumes no public assistance (“public assistance” meaning anything from food stamps to after-school programs), and that parents pay for childcare, and healthcare out-of-pocket. It assumes that a family of this size lives in a two-bedroom apartment. I appreciate the report’s assertion that the $86K allows a modestly comfortable lifestyle — meaning that everyone who manages on less than that is probably making sacrifices on several fronts, and/or relying on public programs (whose robustness is always, in California, at risk) and/or personal networks (whose resources may, or may not, also be stretched thin). It isn’t a poverty line (that is far lower, around $23K); it’s a baseline for physical and emotional comfort, and to my thinking that is every bit as important a number as the actual poverty line.