The past weeks have been so unfamiliar, I don’t know how to start telling you about them. Here, have some music while I gather my thoughts. This song, James Blake’s “Retrograde,” has been in my head all morning — I also like “Overgrown” and “I Am Sold“, off the same album. The combination of atmospheric, collagey music and intriguing lyric-snippets really works for me.

Well, so, I said some time ago that I was going to be putting more of my work out in the world. That has been happening, with all the attendant emotions and changes. I applied for an art show, with the kitchen portraits, and sent an unpublished piece of “Yesteryear Apothecary” to a new journal; I’m waiting to hear back on both of those. Bani interviewed me for her fantastic Dispatches travel series. I’ve had a very short bit of odd writing (is it humor? is it homage?) accepted at The Toast; that will go up next month. I’m talking to my hair salon about doing a portrait show in their space. I’ve been invited to contribute an essay to an anthology about growing up Asian American (essay not guaranteed to be accepted, but the editor is interested). I met Maryn and Darrée, and they filmed me for their documentary project, Metastate. They also gave me a striking pair of handmade pencils. 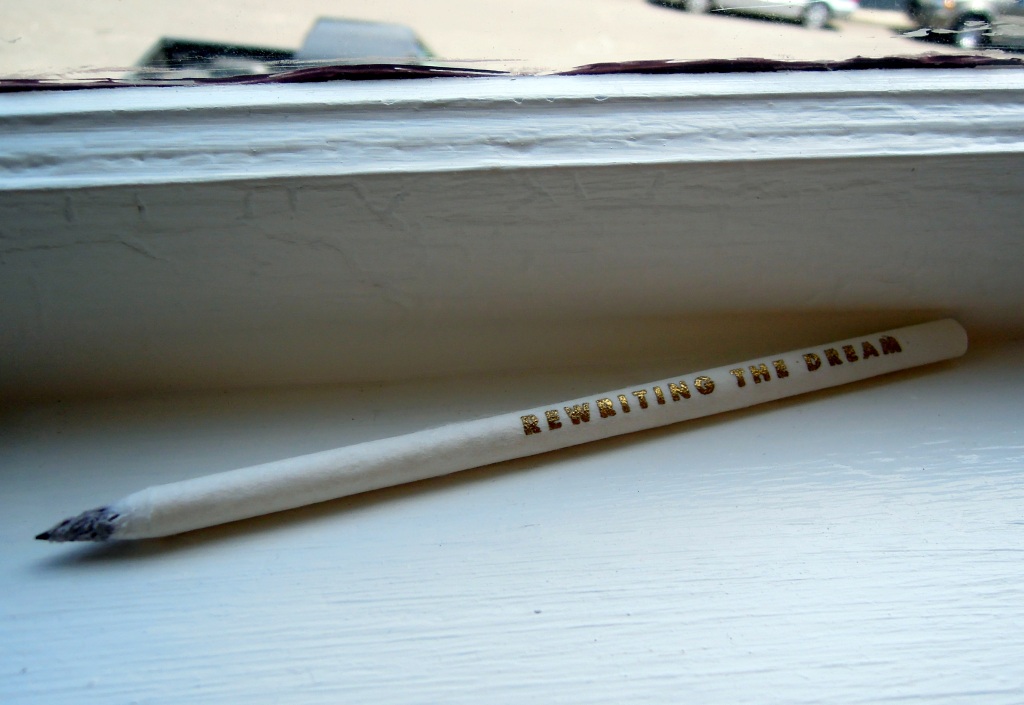 And then there is the diversity series here on my own blog. I’m really proud of it; it represents the evolution of years of thinking, and more than that, of years of being. Its reception has felt similarly momentous. Amy Gigi Alexander shares an essay a day on her public Facebook page, and last Wednesday she shared the last post of my series. Almost immediately the discussion became combative, and later, in AGA’s words, “ugly and vile”; she also received private messages about it. I am not sure it had much to do with my piece; I suspect some of the more outrageous participants didn’t even read it. Eventually she took it down, but with great generosity, emailed or messaged the link to more than 500 people who expressed interest.

It is a new experience for me to have my writing provoke that kind of reaction, even if, as I say, I suspect my piece had very little to do with it.* To my surprise, I feel okay about it. I had AGA and Bani in my corner, along with many other supportive folks. (One reader is even going to teach it in a university class.) And I also didn’t see most of the unpleasantness, which is part accident, part choice. After the first offensive comment, I defended what I wrote (not that it needed defending, but I wanted to speak up), then hit “stop notifications” so I wouldn’t see any follow-ups from that thread. Then I went about my day. I wrote, went to Kimber’s yoga class, had a walk, bought books, had my haircut touched up and talked to my lovely stylist about the portrait show, ate a mindful lunch, and bought books at one of my favorite local shops. It was a gorgeous and nurturing day. Then I came home and found a message from AGA, telling me the discussion had gotten so disgusting she’d taken it down. So I couldn’t read it anyway, no matter how tempted.

Time was when this kind of donnybrook-about-nothing would have really upset me, but I am finding that depth of honesty is something of its own armor. I wrote what I did after as rigorous an intellectual and self-exploratory process as I have ever brought to anything, and therefore, my belief in my words wasn’t really shakeable, at least not by the anonymous malicious voices of the internet. And I’m discovering that I like that feeling of conviction. In face-to-face encounters since I started the blog series, I’ve said more than I would have, and that’s felt good. As I told Kimber, I’m developing a practice of not staying silent.

And meanwhile, life goes on. I’m working on three painting commissions for friends, and continuing to paint just in general (after all this writing I’ve been doing, I’m now feeling my energy shifting from the verbal to the visual; the pendulum effect, as usual). 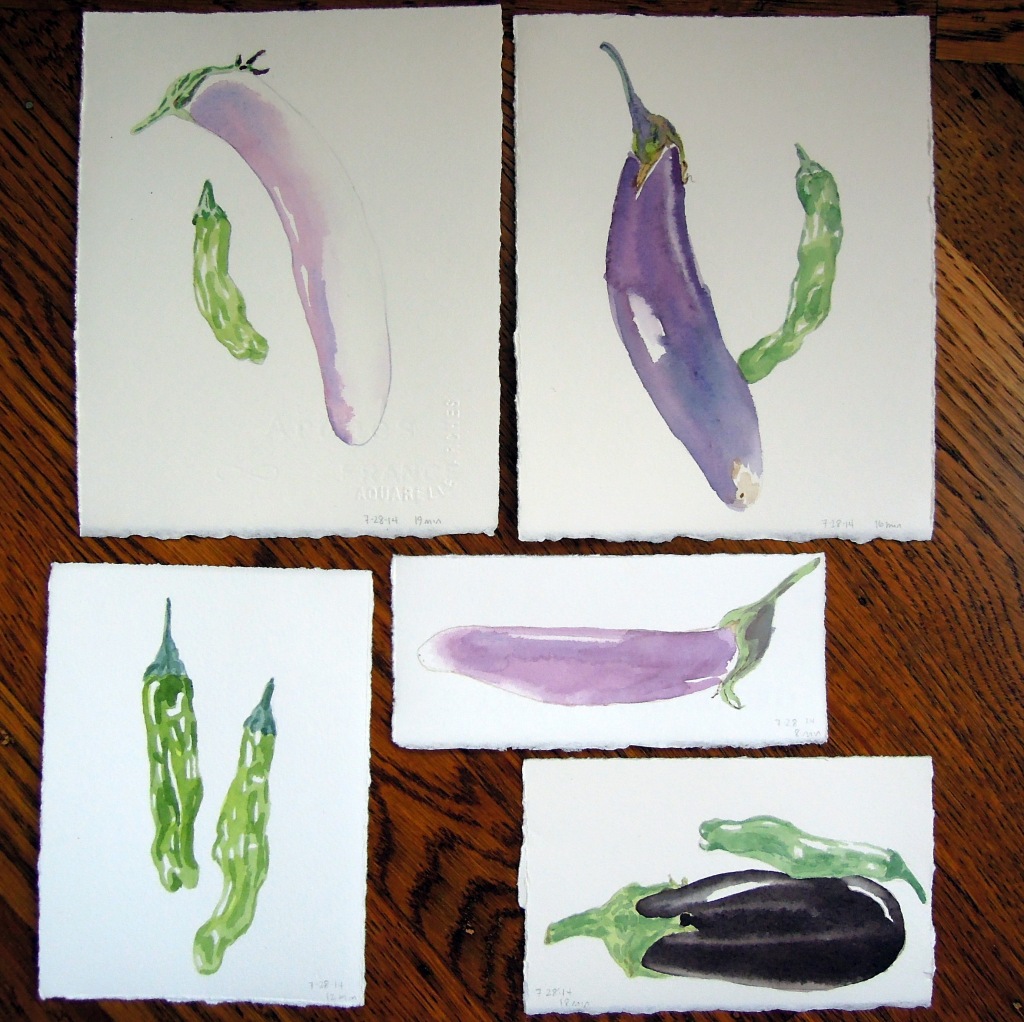 I’m still doing weekly events with my Meetup group; last week we went to the Legion of Honor museum in San Francisco. 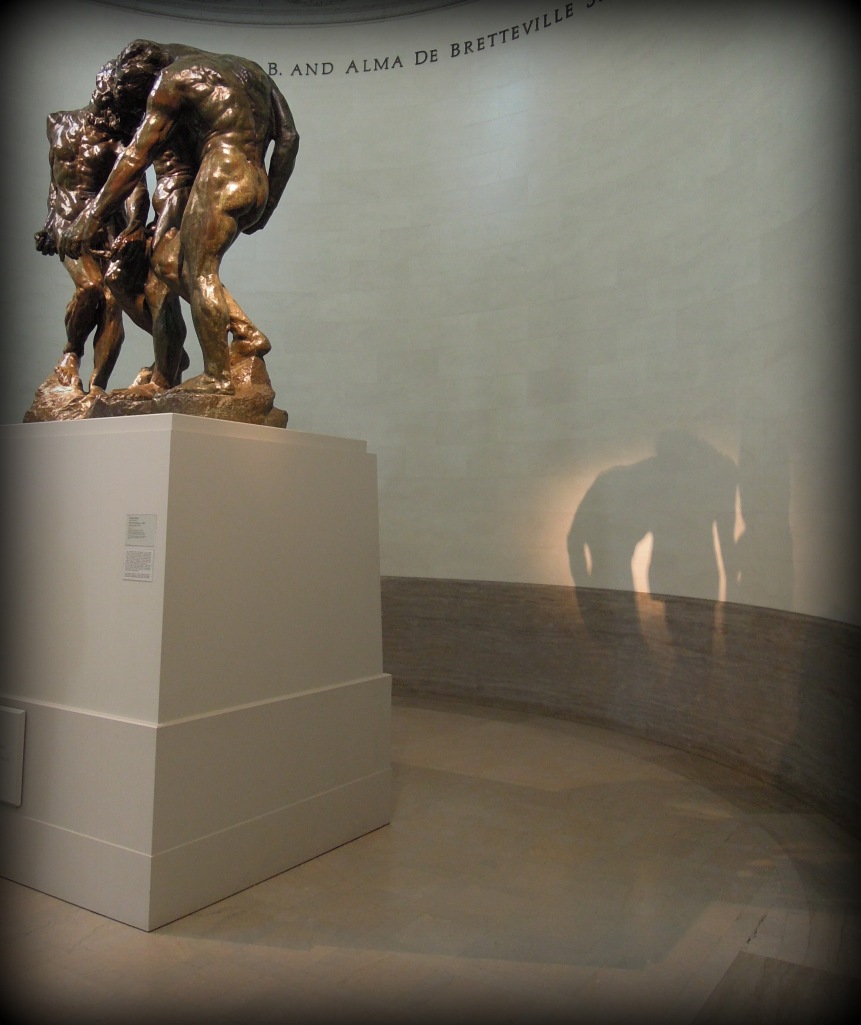 I’ve been starting every day with writing on a difficult topic, per my 21-day challenge. I’m not sure what it’s doing for my writing, but it has been terrifically healing on the personal level. As you can tell, I’m a big fan of taking what we don’t say and turning it into something spoken, examined, and ultimately transformed into good.

It’s funny, I didn’t think too much on that, but now I realize I’ve been doing the same thing with our apartment. We moved here in February, after two years of nomadic living, and if you’ve been reading since then, you know how much I gloried in our little space and its comforts. But clutter and habit creep over six months. The other day I was doing a sinkful of neglected dishes and wondering what happened to that feeling of pride and love for my home. I figured it was the clutter, and I resolved to tidy, but I kept putting it off. Several days later, it hit me suddenly that it wasn’t the clutter itself, it was the dead space it generated. You know, those corners of your home that are so perplexing (and usually, but not always, full of stuff) that you hate thinking about them, and over time, eventually stop even seeing. Give the dead space enough time and it will claim your place for its own; you won’t be living there, you’ll just be occupying, surrounded by what isn’t really yours.

I really need to remember this as my single golden rule of home organizing: revive the dead space. It works every time. Figure out what parts of the home you’re avoiding, and what’s preventing you from using them as you should. Sometimes it’s as straightforward as shuffling things around so the oft-used items are in front, instead of on a high shelf behind some heavy thing. Sometimes you have to get reacquainted with the contents of a cupboard, so it becomes something you know, rather than a repository for stuff you bought months ago and forgot. Anyway, it’s a reclaiming process. I spent yesterday taking back all the dead spaces of our apartment… and putting new beauty into the revived spaces.

I didn’t take “before” pics, but here’s one of a dinner I made last week, with so much clutter all over the dining table that I had to shove it aside just to put down my bowl:

And now, the dead spaces brought back to life:

Pears from Erik’s parents’ trees, and baby heirloom tomatoes from our CSA box.

Previously the stand held tomatoes we didn’t know what to do with (we gave them to Erik’s parents), and next to it there was a decorative container I never used (I dusted it and stashed it in a cupboard). 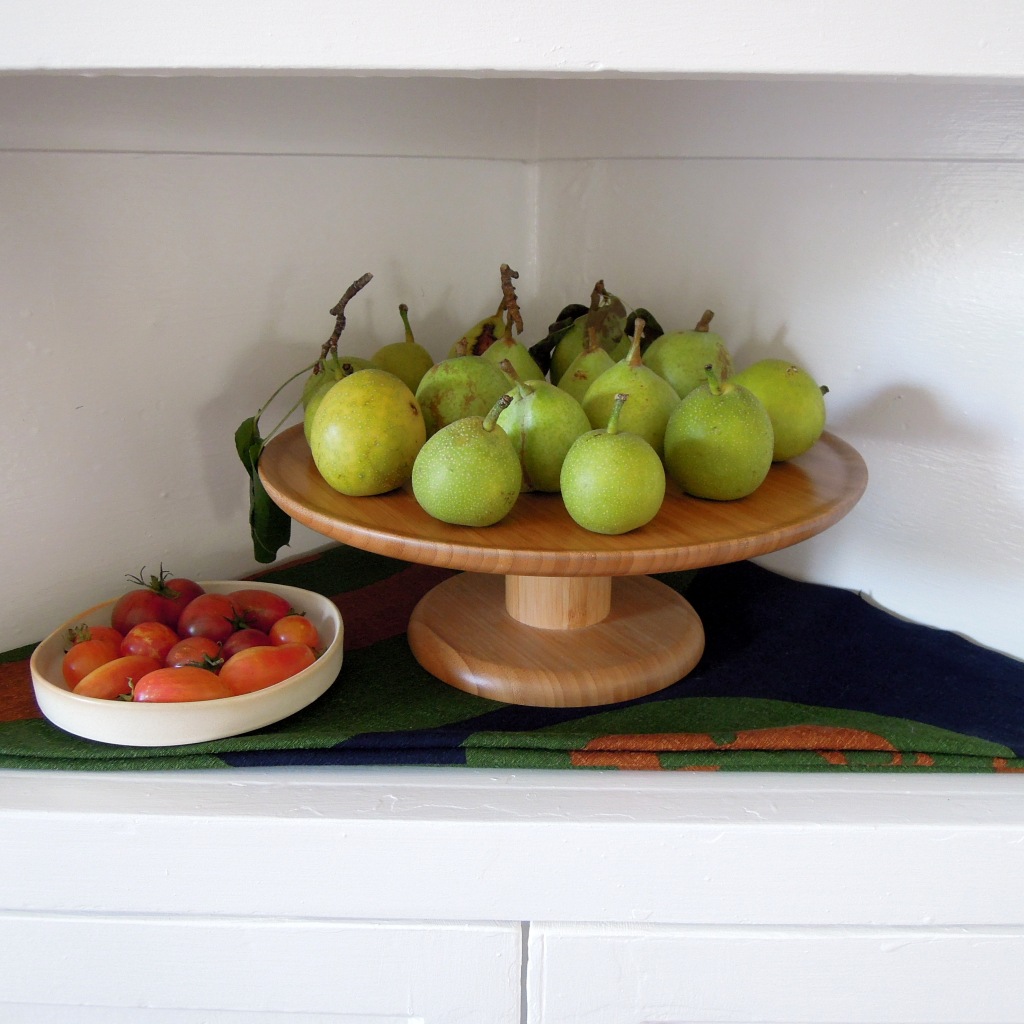 A painting by one of my grandpa’s friends (now an art professor), air plant, dahlias on a tray bought at Fragonard in Paris.

Previously there was blue tape all over the stereo (long, dumb story), and the tray was holding all my kitchen portraits because I didn’t know where else to put them. I still don’t know (they’re now on the piano bench), but at least the clutter is no longer at eye level.

Tea and figs, flowers, and order at my work desk.

Previously, it was that particular kind of mess that work desks become. 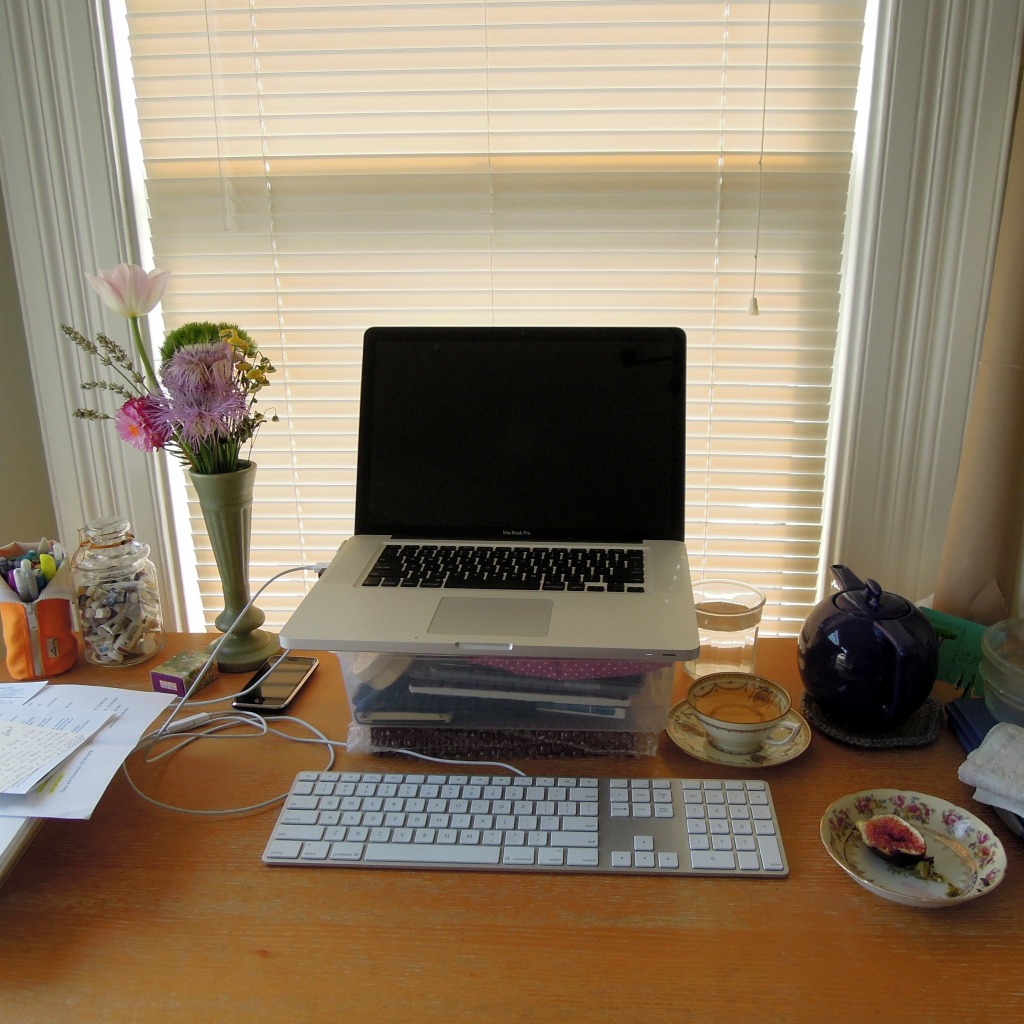 Dahlias on the dining table, and an early American pitcher bought at an estate sale. Also laundry.

Previously covered in clutter that now has a home because I cleared other clutter.

I’m lucky, because our apartment is so small that it’s remarkably easy to reclaim. Of course, its petite proportions also mean it feels particularly cell-like when there’s a lot of dead space, but it doesn’t have the suffocating weight of an entire house full of stuff.

And now, everything feels ready to receive/generate, which is good because I’ve set plans in motion for a busy autumn. In September we’ll be traveling briefly to Chicago, so I can be on a panel about The Places We’ve Been. In October we return to Istanbul, for our friend’s wedding. I’ve registered for a new series of life drawing classes — I have plans to do all my drawings/paintings on a scroll I bought in Kyoto — and I’m applying to tutor at a local elementary school.

Enjoy the rest of your day. I send you off with close-ups of the flowers on my desk. I’m especially happy with this week’s flowers because I chose all of them myself, stem by stem. 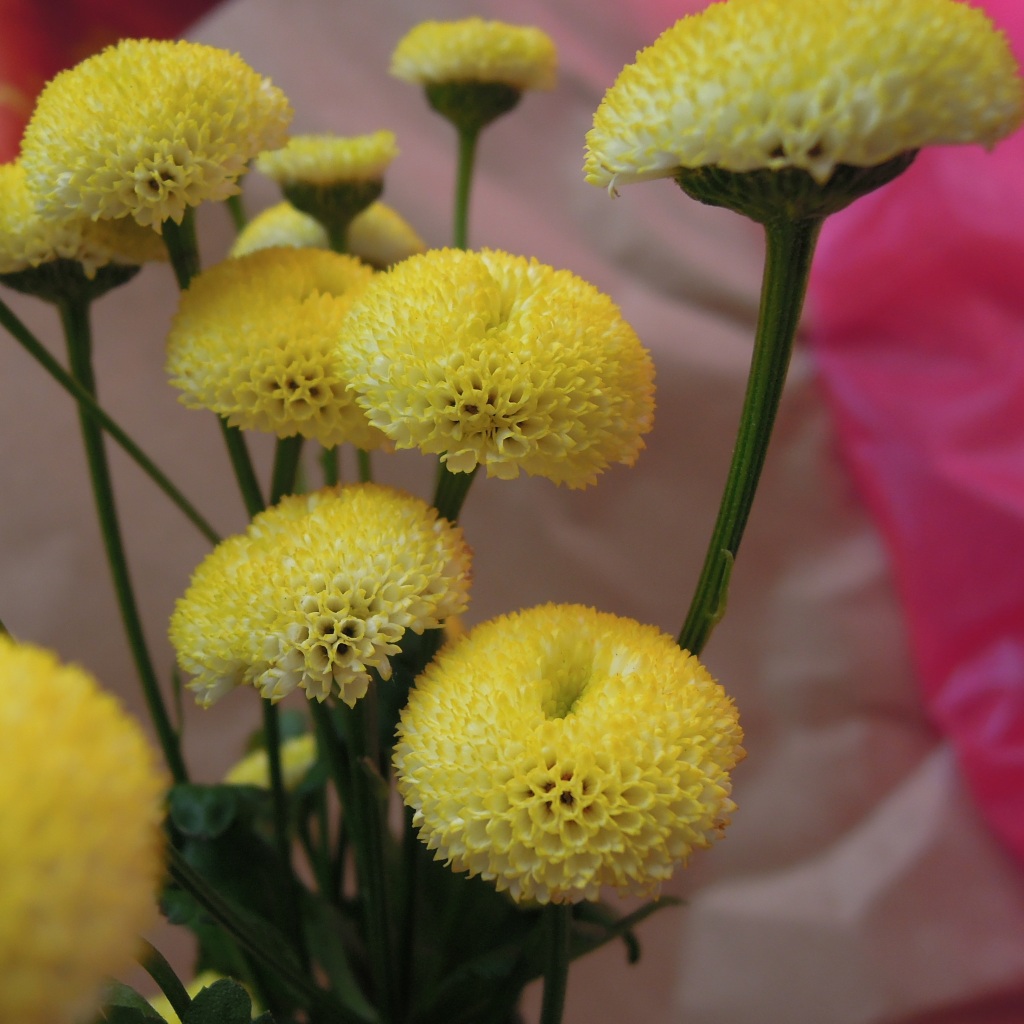 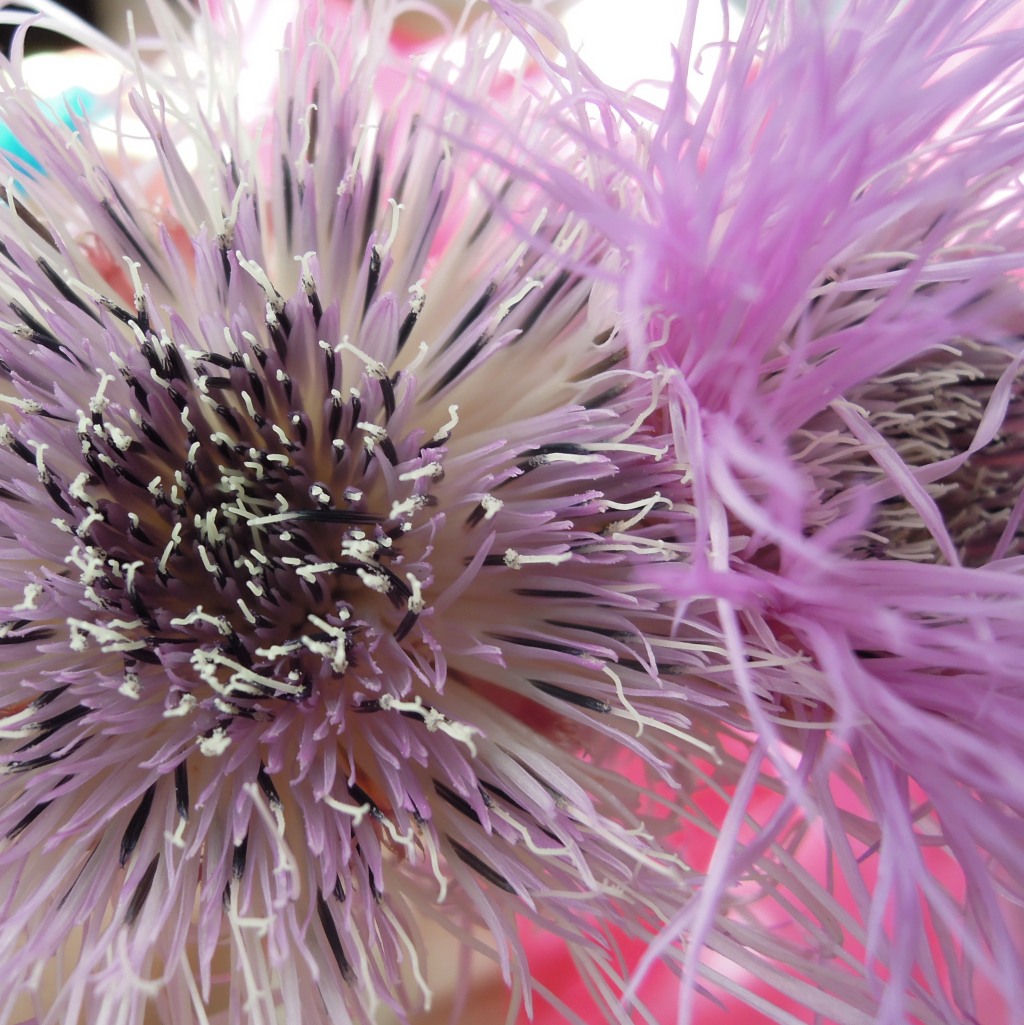 *As further evidence of this, I offer that I received not a single unpleasant message or published comment (on this blog) about that piece. Thank goodness. go back