After weeks of various off-and-on ailments, today they all seem to be gone or much better, and it’s a beautiful feeling. Most of what I had wasn’t that bad, but taken together and for so long, it wore me down. It was like there was a healthy me and there was a sick me, and even when I wasn’t feeling particularly bad, the ill version stayed sprawled over my body, piggyback-style as I walked around the city, whispering in my ear: “That thing hasn’t gone away… you know what this means… you know what this means… you know what this means…” The older I get, the more each lingering illness (even if it’s just a cold) starts to feel like the beginning of the end. I know that’s insufferably melodramatic (especially as I’m a month shy of my 32nd birthday), but I can’t help it. I heard once of an affliction, one of whose distinctive symptoms is a sense of impending doom. I’m not sure that would be much help to me, because every health problem seems to give me the doom feeling. I suppose it’s a combination of my preoccupation with mortality, my tendency to frequent small ills, and the plain fact that the older one gets, the more serious illness one sees in friends and family. And I naturally lean hypochondriac. So does my entire family. So I get it legitimately, both ways: nature and nurture.

I don’t think I’m all better yet, but the feeling of dread has lifted, and at the moment that’s better than anything.

Eating here reminds me somewhat of how we ate in Paris, which makes sense. We shop the same way (farmers’ market two or three times a week; Chinatown, bakeries, and grocery stores in between; it’s easy to find fresh fish and good cheeses) and it’s the same time of year, so much of the produce is the same (pears, root vegetables, Brussels sprouts). I don’t know if I cook more because I shop more, or vice versa, or it’s totally unrelated — but I cook here almost every day. Even when I was feeling sick, I made lamb soup and various other things. I suppose it might also be that the apartment has no microwave (neither did the apartments in Paris or Reykjavík or Kyoto, nor I think Glasgow)… 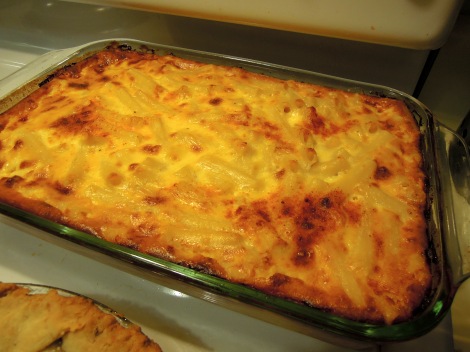 Actually, I think that’s a big part of it. I haven’t fully got the hang of reheating with the stove or oven, so rather than eat unevenly warmed food, I prefer to just cook fresh. I’ve never been crazy about leftovers anyhow. And now my already sizable repertoire is expanding like crazy. 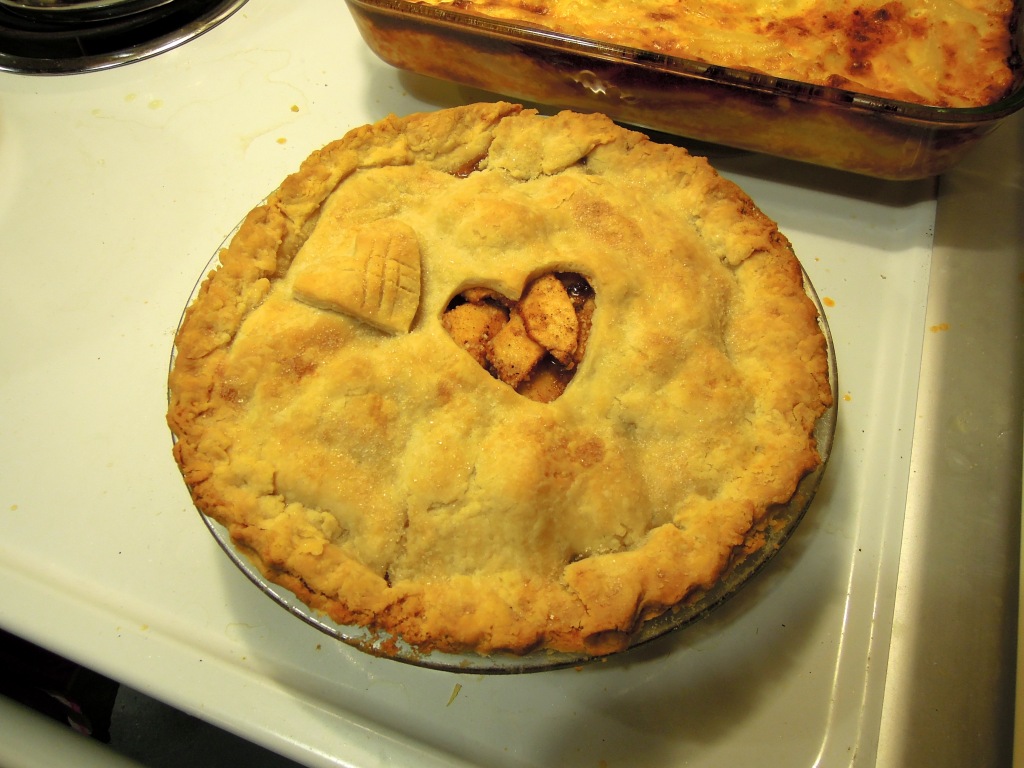 We went to Salem on Halloween, because we wanted to take a day trip and we figured it would be appropriate on that day. It’s a half-hour train ride from Boston, but a couple of hours after our arrival, I realized I wasn’t feeling well at all. I took some aspirins and stuck it out for another hour or two, then we left. When we got back to Boston’s North Station all the arriving passengers had to push their way though hordes of revelers waiting to board the next train to Salem. If it hadn’t been raining, if I hadn’t been sick, it might have fun to stay for the evening festivities, but I am very glad we didn’t. 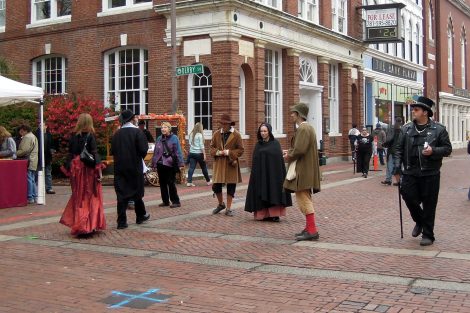 I am happy we went, though. There’s a surprisingly good art museum, with an extensive Asian collection that includes a 200-year-old Chinese house, transported and rebuilt on the museum grounds (of course, 200 years isn’t much in Chinese history, but it was still fascinating). And we enjoyed a tour of a different historic house belonging to a family so wealthy that their descendants still give away $5 million in scholarship money each year. 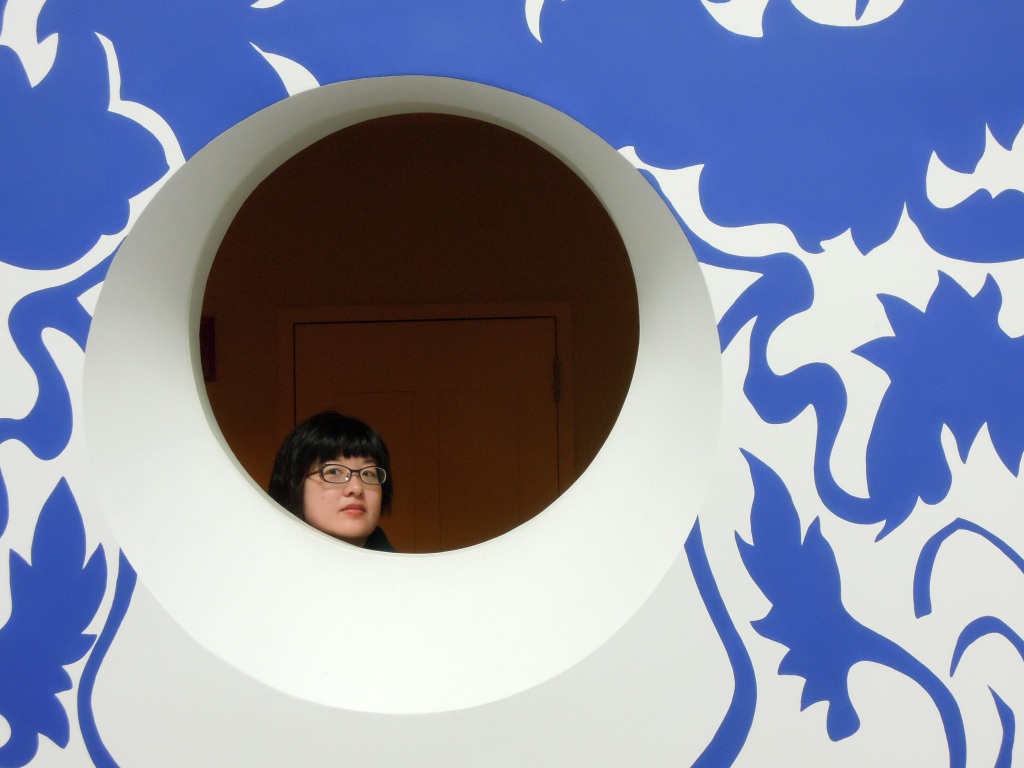 The longer we stay in the area, the more I find myself captivated by New England. It’s such an interesting and beautiful region.

It’s finally starting to get cold here. Last Friday the weather was bizarre: a warm 67ºF but incredibly windy. Yesterday and today it’s in the 40s. Since we started traveling I have been telling people that my ideal weather is somewhere in the 45-65ºF range; that’s still true. Under 45ºF is okay too, if there’s sun, but it’s harder to regulate my body temperature if I’m walking around: my core gets overheated while my skin is close enough to chilly that I can’t take off any layers. Maybe with more time I’ll learn how to deal with this.

This week is my last “anatomy for artists” class. It’s been such a fun course: it makes me a better artist (and observer), and it also makes me think interesting things. I never realized, for instance, just how similar legs and arms are, but it makes perfect sense.

I tried drawing my feet and then Erik’s:

While I wasn’t feeling well I started reading romance novels again (I’d stopped for awhile, having run out of books by my two favorite authors). This time I sought out the works of Eloisa James, aka Mary Bly, English professor and daughter of poet Robert Bly and writer Carol Bly. She has said in interviews that when she was young, her father told her she had to read one classic work of literature for each five romances she read. Maybe I should try that myself.

The book collection in this apartment continues to be a source of wonder. While I was writing this post I decided I wanted to reread The Scarlet Letter and began to scour the shelves. Sure enough, I found a copy, and also two other books I wanted to read and never noticed until this day: The Pillow Book of Sei Shōnagon, and Thoreau’s Cape Cod. I’ve read five Eloisa James books this week (and am in the middle of a sixth), so according to that 5:1 ratio — it’s time to get going on the Hawthorne.