Attention writers: I’m bringing back the writing prompts next month, so if you (or anyone you know) want to subscribe, go here. It’s two months of free writing prompts sent three times a week by email. This time I’ll also be setting up a tumblr where we can share our writings (optional, of course).

We are back from our almost-two weeks in San Francisco. It’s strange to think that we lived in Istanbul, Paris, and New York before ever spending a night in SF, even though it was always “the city” to Bay Area natives like us. Strange to say, I don’t know how I feel about SF anymore; I still love it, but would I make my home there, as opposed to, say, in Toronto or Reykjavík? I thought our stay would help me answer that question, but it did not. 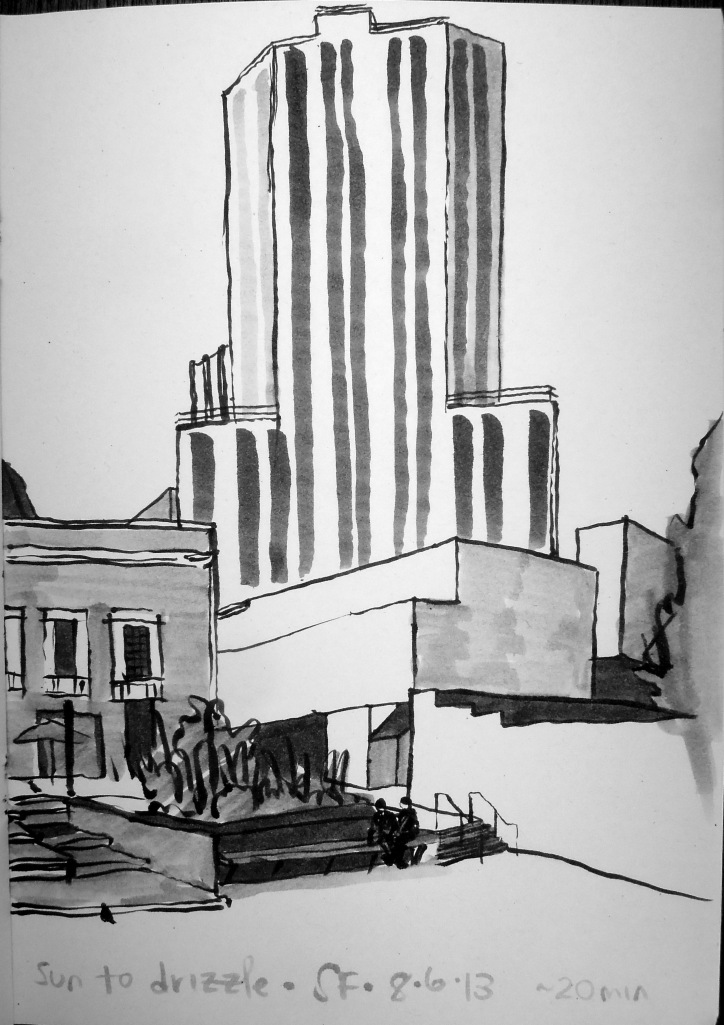 Fun fact: the below mural is the wall on the right of the above sketch.

I finished my painting from the roof deck of the SF apartment building. It took me nearly eight hours, spread out over about a week’s worth of sessions. It’s the biggest watercolor I’ve ever made, and the most time-consuming, though now that I’ve done it, it doesn’t feel like such a big deal. I think that means I’m ready to do another one. Here is the process:

Another hour and a half later (on a different day):

After another two sessions:

I received my copy of The Places We’ve Been, the travel anthology in which one of my pieces has been published. It goes on sale in a week, and I’ll write more about it then, but for now I just have to say: it’s really cool. I’m really excited and happy to be a part of it.

We went to the very lovely and enjoyable wedding of one of my oldest friends — our mothers met something like 25 years ago, in a public park, where they’d taken us to play. Our families have spent a good bit of time together over the years, and my parents and sisters all attended the wedding. Heartfelt congratulations, Wei-Ling and Ben!

A bit of the card I made for them: 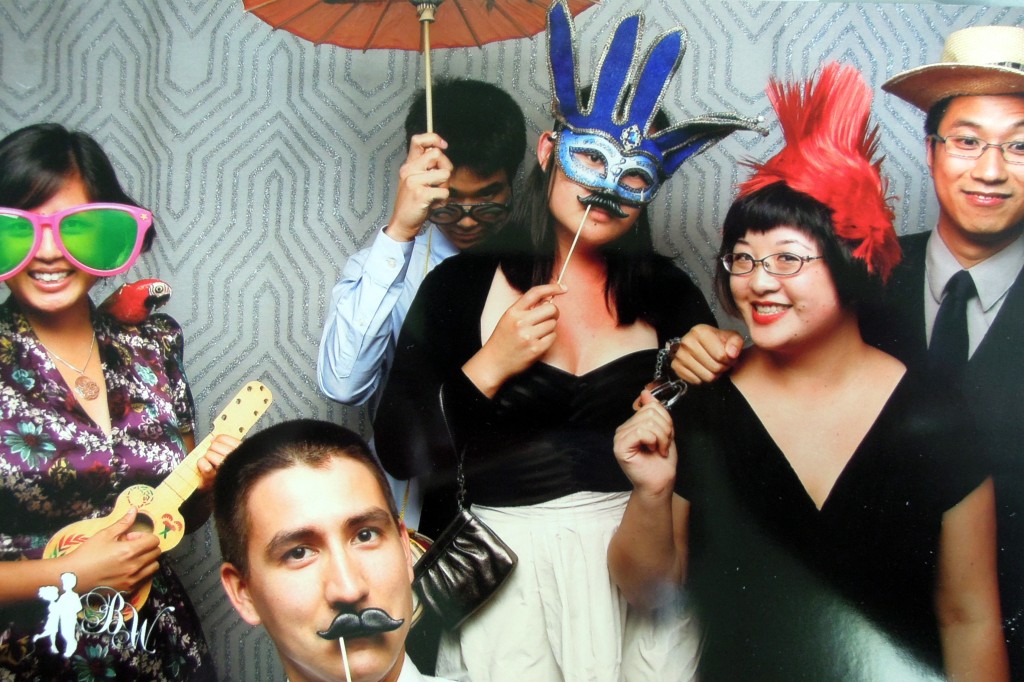 I have a thought about life lessons and world travels. A couple of thoughts, actually. First: a familiar arc, and one we like to hear, is “I had this incredible and unusual experience, and I learned things from it, and now I am so much wiser.” I have decided it doesn’t work that way. It’s true that disruptive and extraordinary events lend us perspective and experience, but (as I’ve written time and again, in many different ways) it’s not like tying a knot, where you learn the thing once and then you never have to worry about it ever again. Disruptive and extraordinary events are precisely that — disruptive and extraordinary — and so, no matter how much we learn from them, there is still some confusion over how to incorporate those insights into the ordinary, day-to-day life they interrupted.

Second: the familiar arc goes, “I learned things, and now I am so much wiser,” implying that the lessons learned were positive, affirming, and helpful. Actually, especially since returning to North America, I’ve realized that the most important of my lessons have been… not negative, exactly, but disturbing and uncomfortable. Upsetting, even. I’ve been writing about them quite a lot in my private journal, but can’t bring myself to share most of them here; it’s much easier and pleasanter to post “I am more relaxed and easygoing post-travel” than to broadcast “also I realized the extent of my escapism and privilege is greater than I thought.”

In three weeks we leave for a season (three months) in Boston.