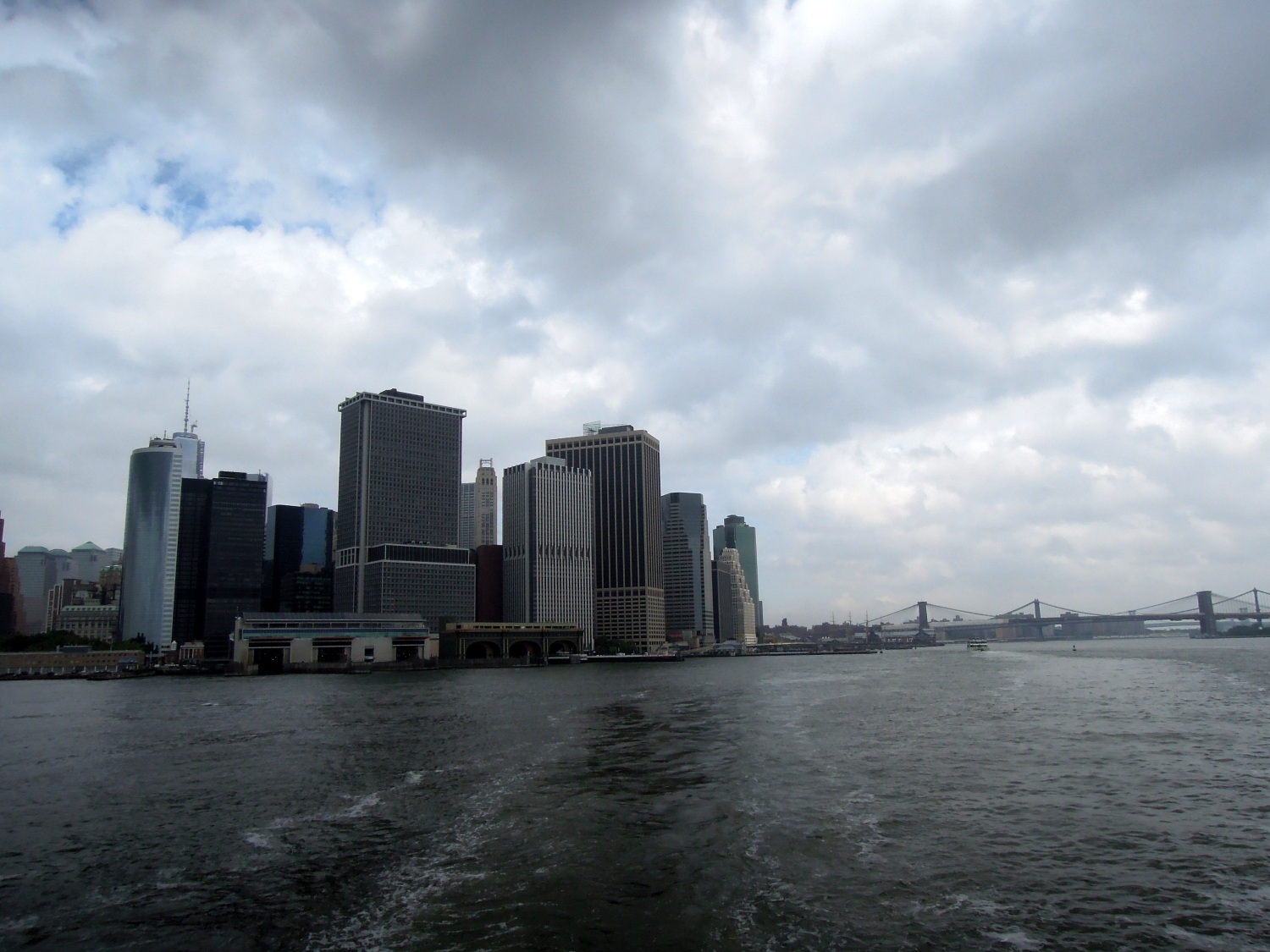 It’s dangerous to give me too much sugar or caffeine before bedtime. I always think I’ll be fine — ignoring Erik’s wrinkled, knowing brow — as I blithely accept a green tea after dinner or a loaded ice cream sundae at ten pm.

{some of the photos in this post have mouse-over descriptions} 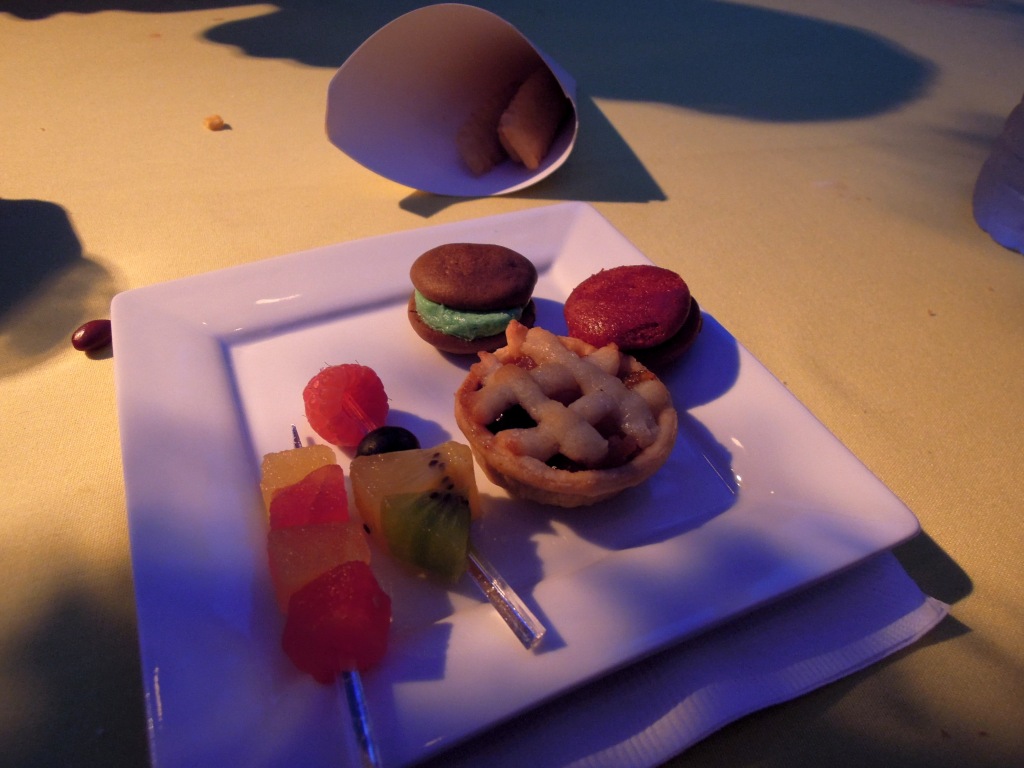 I’m very happy on the subsequent energy explosion. I have so many ideas! I make plans! I’m getting so much done after dark! And then, hours later, without warning: “Hmm,” I say, sitting still for a moment, “I think I’m tired.” Within minutes I am horizontal and wending my merry way into dream. Meanwhile, Erik — whose ability to fall asleep has a limited time window — spends the next day sleep-deprived.

After two weeks in New York, we have discovered that I respond similarly to the stimuli of a hyper-urban environment.* This afternoon I was sitting in the terrace café at MoMA, toting up our activities here, and I realized I have gone to at least 22 stimulating events — ranging from concerts to reunions with friends to intensive shopping — since we’ve arrived.

Even though it feels that we’ve had a lot of downtime in the apartment, still, that is more than one engagement per day. Up until yesterday evening I was still whirling about, gleeful, devouring everything. But when we got home, rather abruptly, I found myself cranky and confused, with the moan I’m just so tired cutting through all my other inner narratives. “Where did that come from?” I wondered. “I’m not tired! I’m having a great time!” But I couldn’t truly deny the feeling.

Today we went to MoMA (courtesy of member guest passes from our friend Karl) and once we got inside, I realized I didn’t want to be there. I stood in the gift shop inspecting Pantone toothbrushes ($10 for 5) and fish-shaped expandable trivets ($100) and I was just over the whole thing. I walked half-heartedly through a couple of Claes Oldenburg installations and then Erik and I went to the upstairs café for a drink that turned into a lunch. The café is high-ceilinged with a wall of windows facing east. I ordered what seemed to me the simplest thing on the menu — a cheese plate — and then took out my journal. The next couple of hours were companionable and mostly silent; Erik left after finishing his meal, and I continued writing and eating my cheeses, creating a quiet personal space amid the bustle.**

Just like during my late-night sugar- or caffeine-induced bouncing-off-the-walls sessions, I hadn’t seen the crash coming. I was in the moment, enjoying whatever came along, and it didn’t occur to me to question because everything I was doing was so fun. I suppose it is like eating buckets full of food and thinking I can’t gain weight because every individual thing is healthy. Also, if we’re going to continue this food metaphor, I was really hungry before we came here. I like cities, and we were in the suburbs for weeks and weeks; it’s natural that I would throw myself onto the buffet and just gorge. But now I know — and I hope I will remember in future — that gorging is not sustainable, and if it’s been a couple of weeks of crazy activity, it might be time to clear my calendar and take a breather. Fortunately, tomorrow we fly back to San Jose, so the rest period should come naturally.

I’m also grateful I figured out what was going on. During our “silent” lunch at MoMA, Erik and I decided to return home for the remainder of the afternoon, a decision I have really savored for the past few hours! And I must say I am feeling better than I was this morning, after seeing three incredible pieces in the MoMA galleries: Van Gogh’s “The Starry Night” (I almost teared up at that one), and Matisse’s “The Red Studio” and “The Moroccans.”

At any rate, it has been a really good trip, an almost unbelievable sensory and emotional feast. To be able to have the kind of fortnight that we’ve had, with minimal prior planning, says so much about New York, not to mention the helpfulness and generosity of our friends. I’ve felt that in all the US cities we’ve visited since we started our travels, but here, that feeling (as with so much else!) is just so much bigger and wilder and more awe-inspiring. 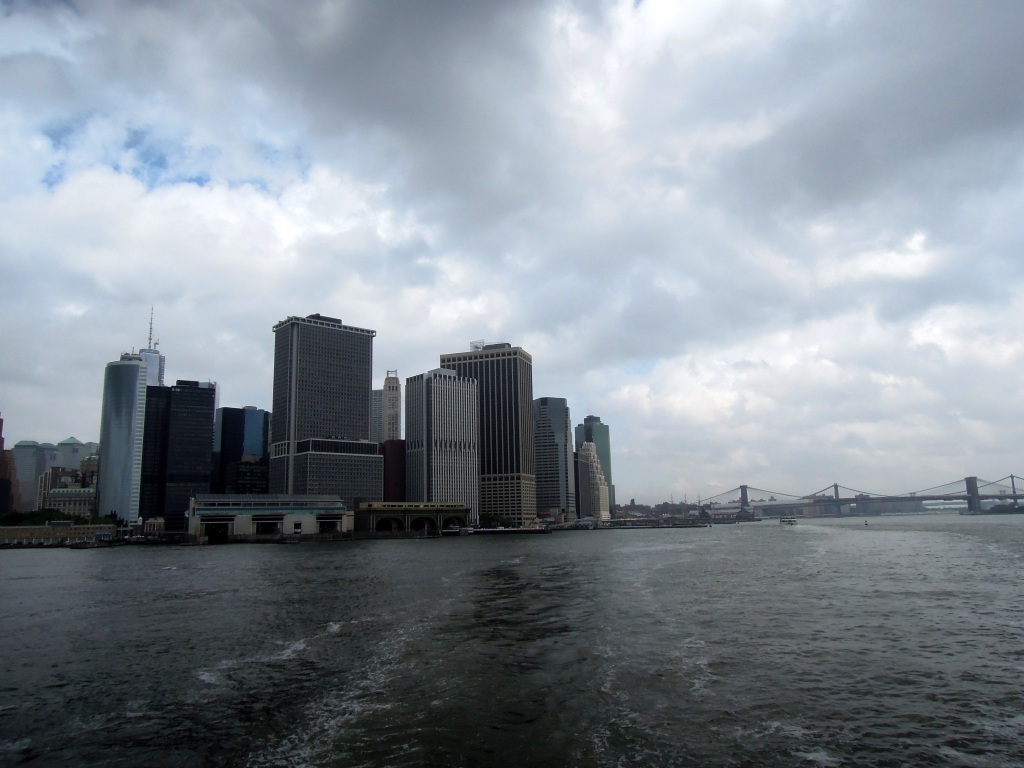 There was a festival of vintage French carnival rides — I loved this one particularly, the ridiculousness of making everyone pedal.

At Brooklyn’s Prospect Park, I was so thrilled to get to hear Kishi Bashi live — for free… 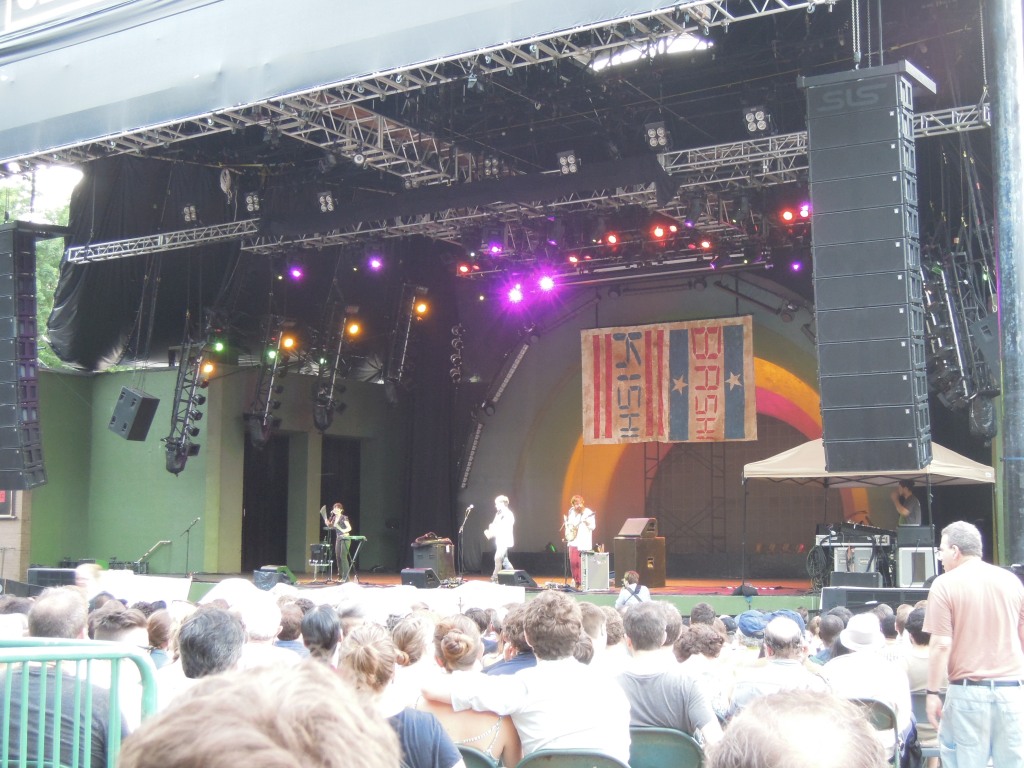 …followed by a screening of the 1931 Dracula, with Bela Lugosi… 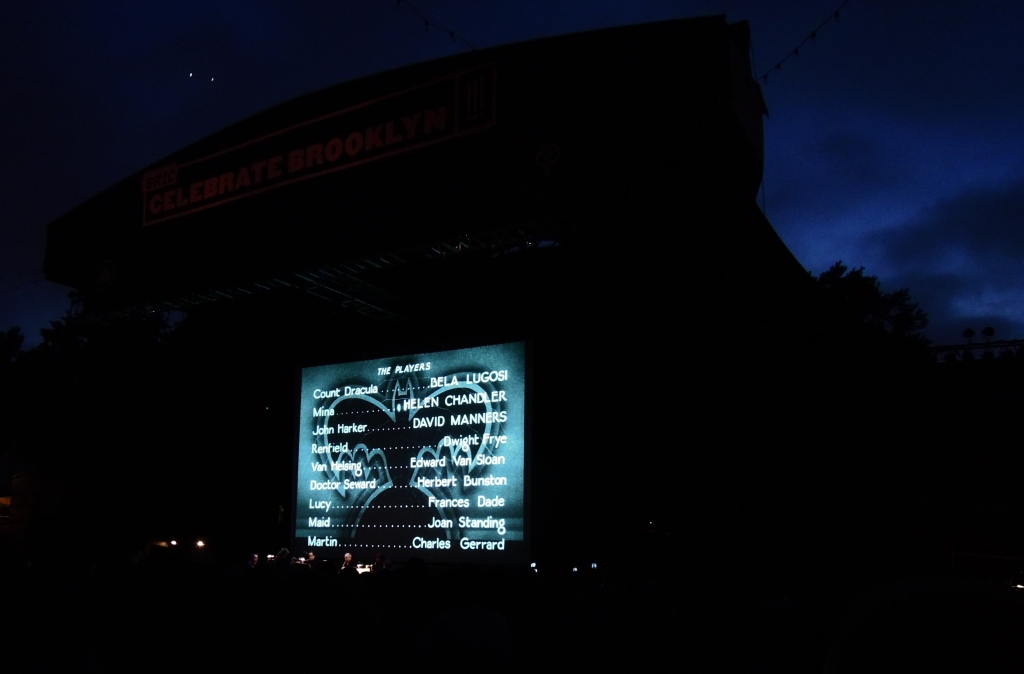 …with the Philip Glass Ensemble providing a live soundtrack. 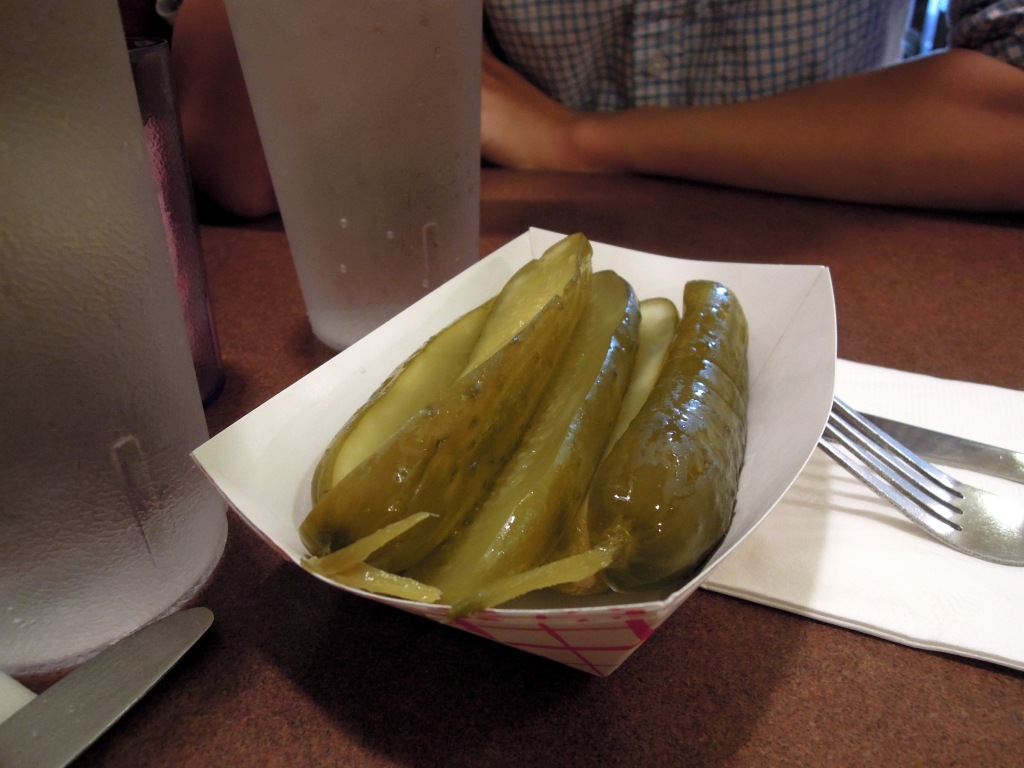 The Temple of Dendur at the Metropolitan Museum of Art is one of my favorite museum galleries anywhere. 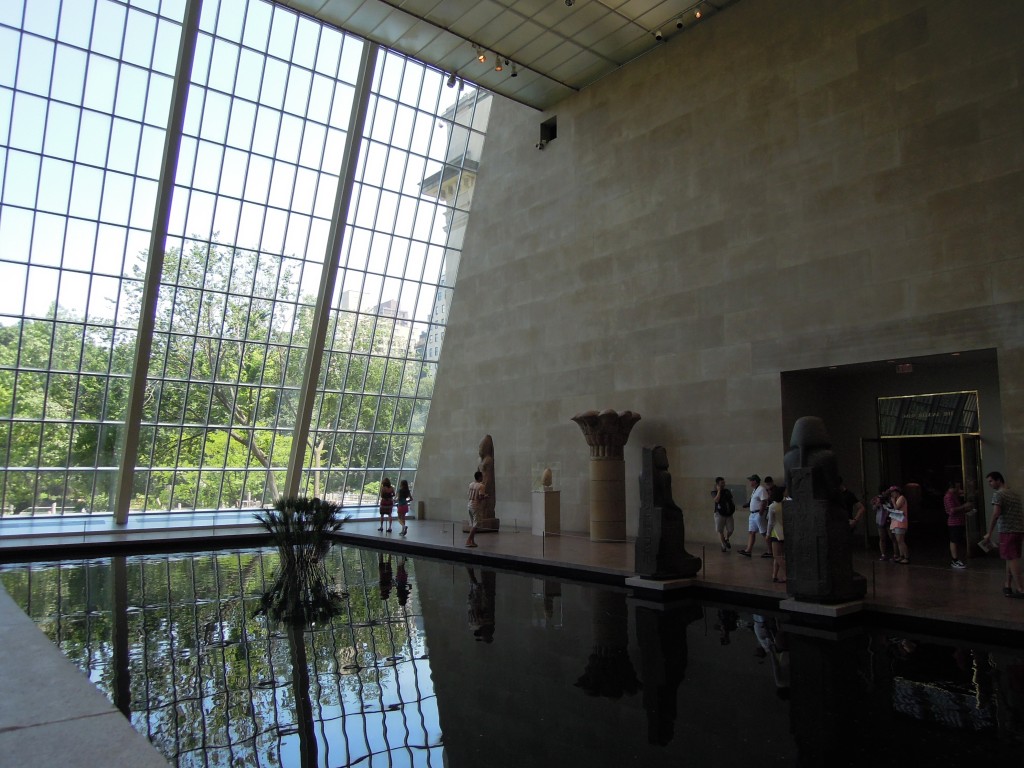 Third-floor room at the Society of Illustrators, where I’ve been doing life drawing, during a break between poses.

A delicious and memorable dinner at Hospoda with new friend Clara. We thought we were going to an Eastern European restaurant, but got something entirely different (and amazing). 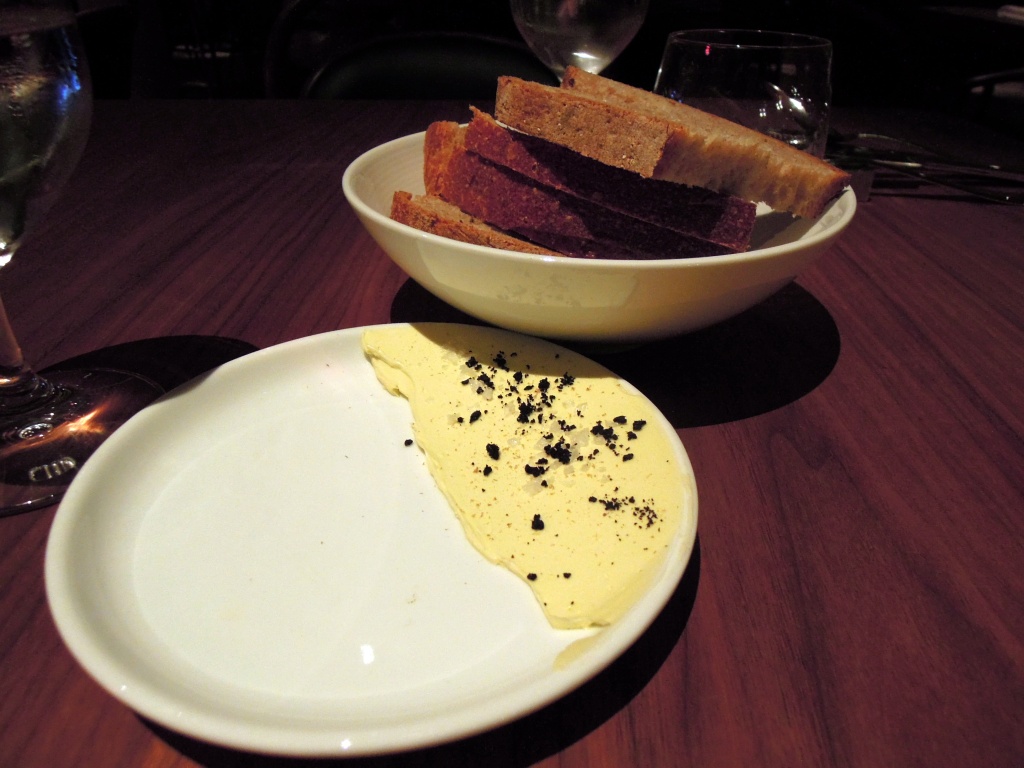 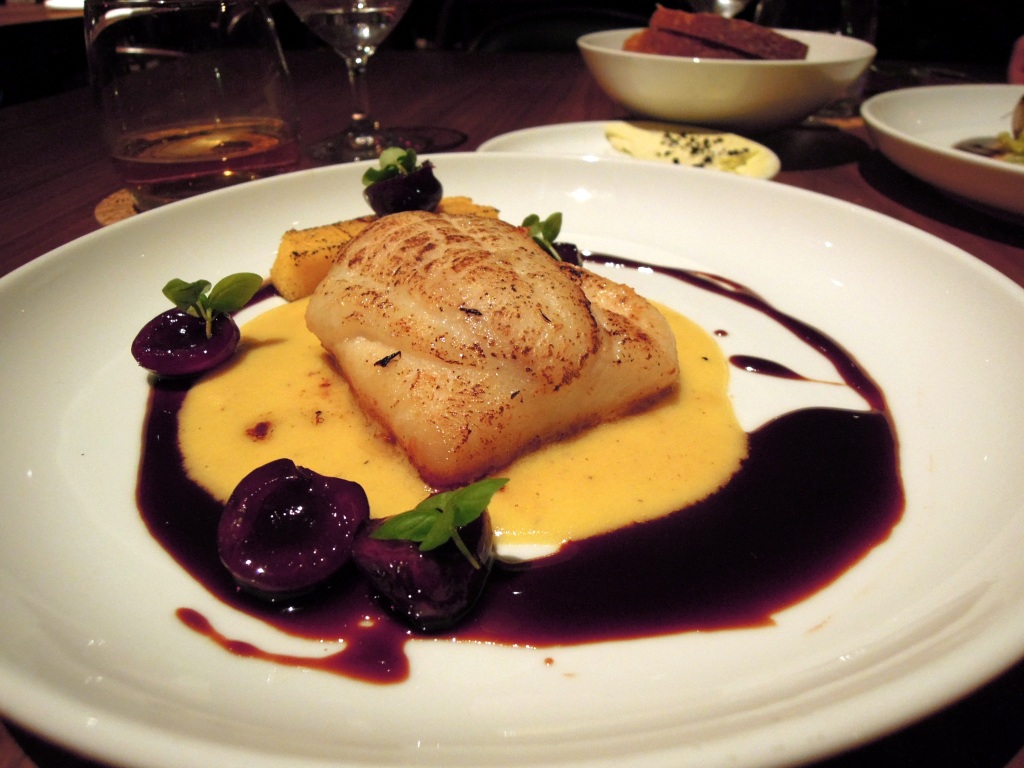 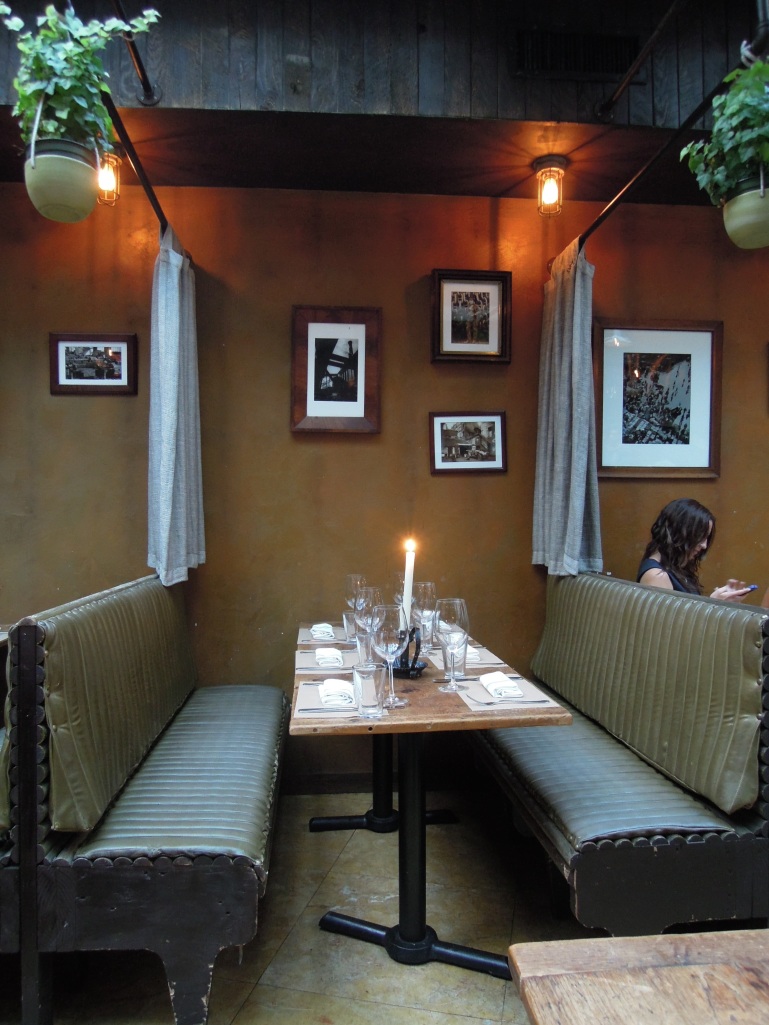 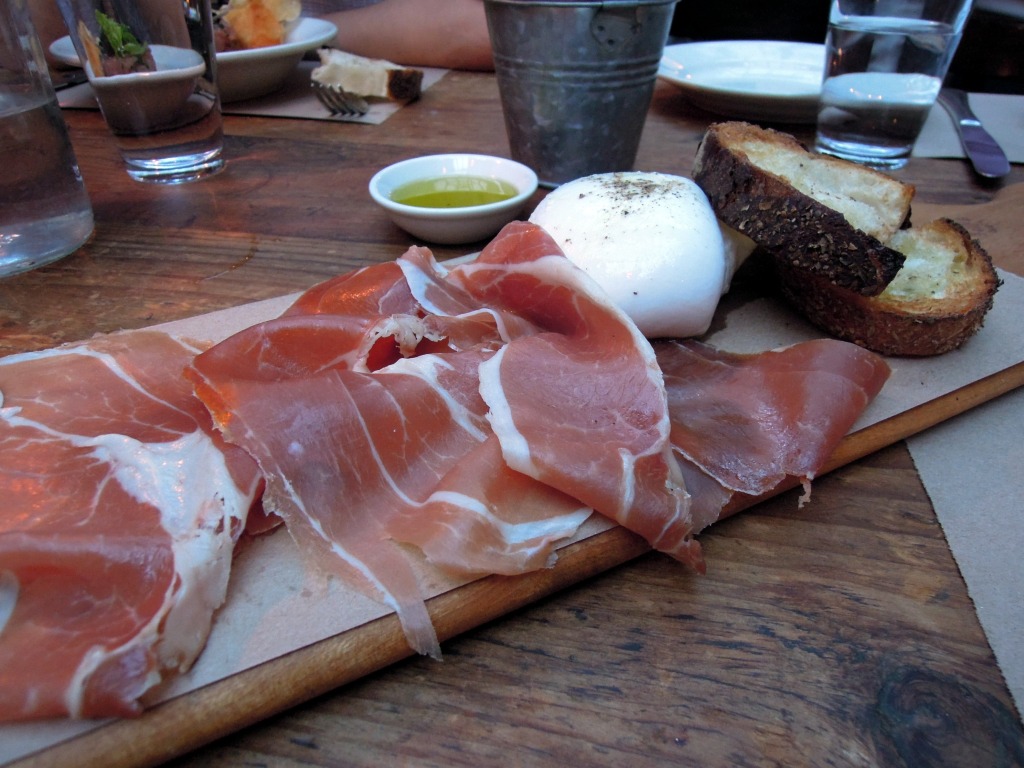 It was a very hot evening and we sought refuge time and again in the penguin house. I was carrying a small clutch purse only big enough for a tiny sketchbook, about the size of a slim cell phone, but it sufficed for penguin sketches. (Can any party not be a good party when there are penguin sketches?!) 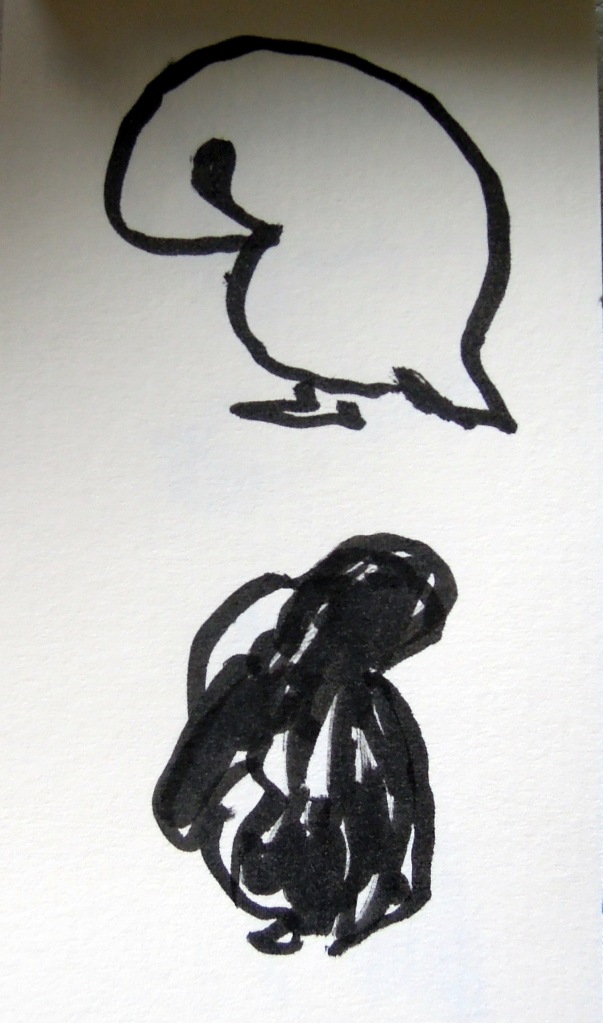 We also admired this magnificent bird, the Eurasian Eagle-Owl (doesn’t that sound like a fantasy creature?!):

Cold drinks and tasty breakfast at Friend of a Farmer, recommended by anna.

A cheese-centric dinner at Beecher’s, a cheese shop (and cheesemaker) and restaurant. 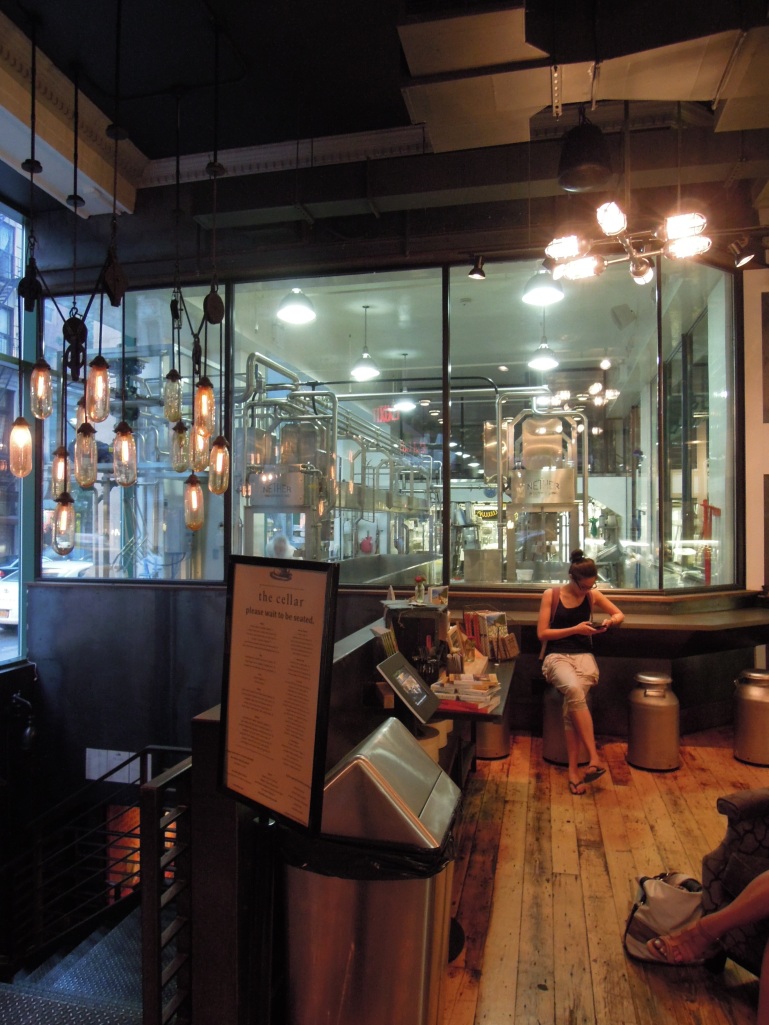 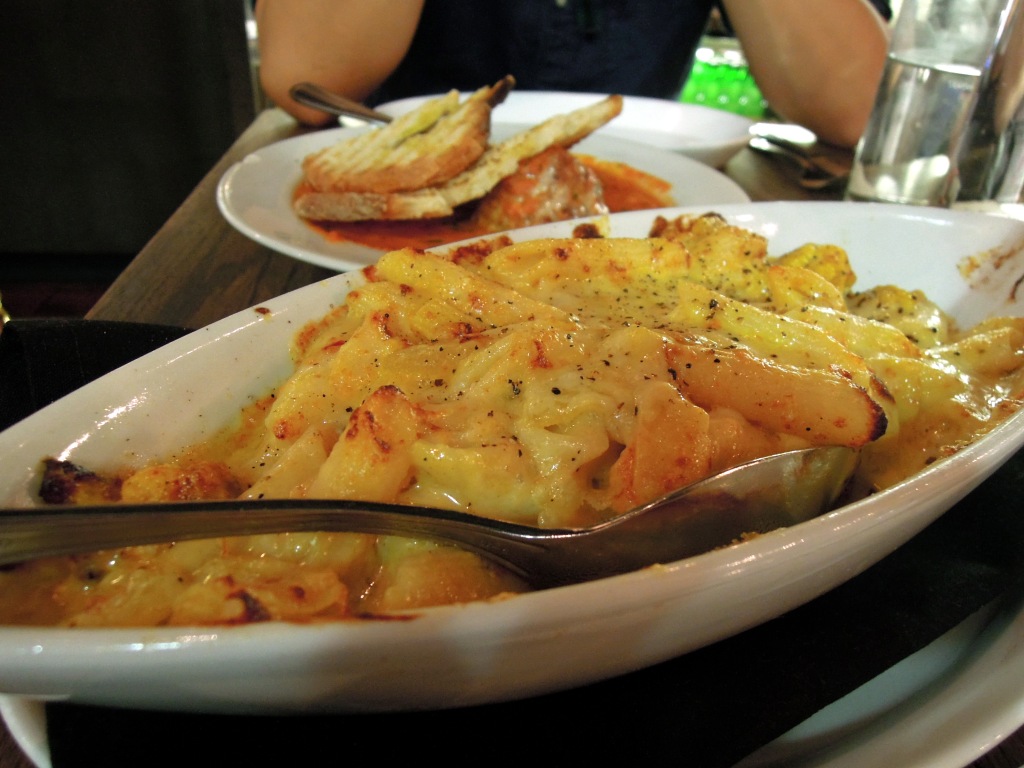 Saturday 20 July: dinner and a concert

Clara (with whom I dined on Tuesday) recommended we try the uni don (sea urchin rice bowl) at En.

We didn’t get the uni don, but I inadvertently ordered uni anyway; it topped the special grilled eggplant. I had never eaten sea urchin before, but was willing to try it (our travels have definitely made me more gastronomically adventurous). It tastes like the ocean, and since this one came from Santa Barbara, that ocean is our home Pacific.

Not sure what neighborhood this is, but it’s Bleecker and St Lukes Pl. 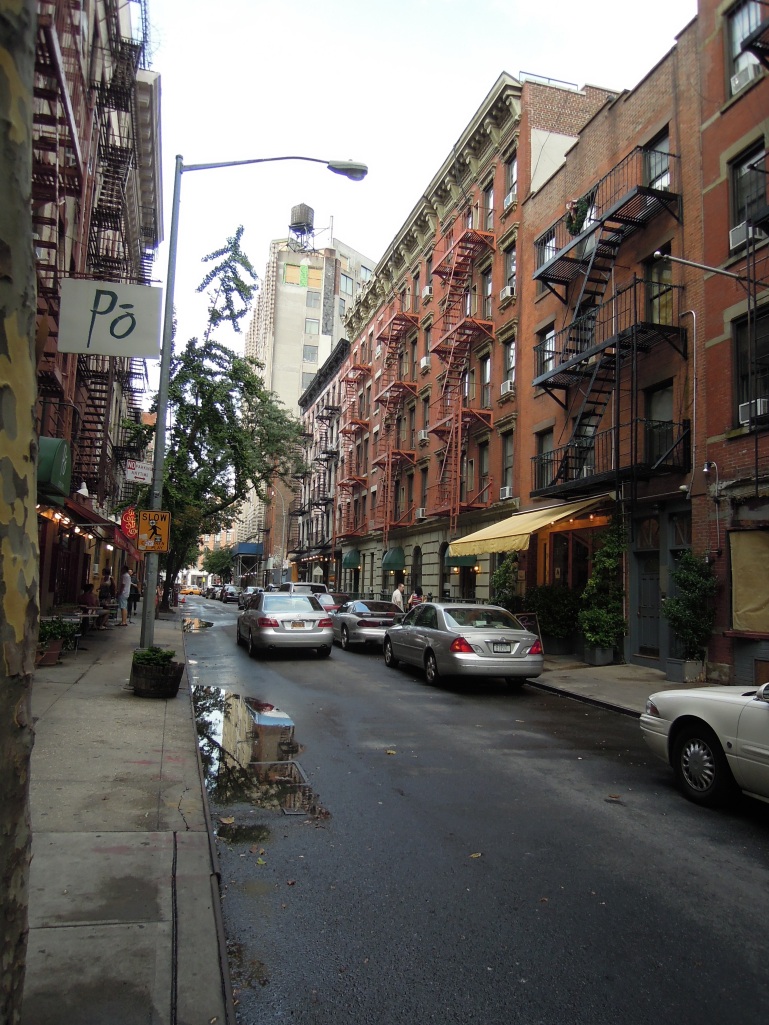 At the Eagle Warehouse, near Fulton Ferry Landing in Brooklyn. 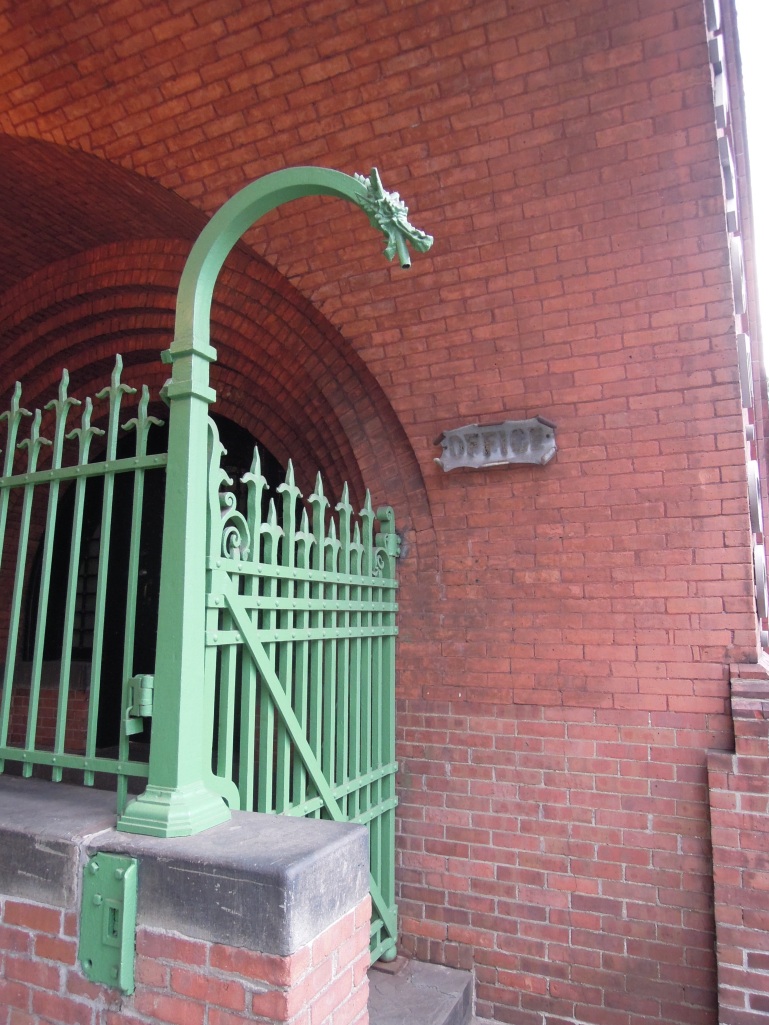 We went to hear chamber music on a docked barge, via the aptly named Bargemusic. I did not love the rocking of the boat, but I did love the concert. The Amphion Quartet is young (the players are young and so is their ensemble) but very good. The second half of the program was devoted to Beethoven’s String Quartet in A minor, Op. 132. I adore Beethoven, but somehow I’ve never heard this piece before. When it started I recognized the style instantly, and was thinking that playing someone’s music is like being in a relationship… you get to know the music with your body. I liked the piece until the third movement, when “like” became something much more. Oh my god, this adagio. My eyes teared but crying wouldn’t have eased the ache. I felt as if I was listening to everything beautiful and everything inescapably painful that has ever happened in my life. Later we found out that Beethoven wrote this movement after recovering from a long illness during which he thought he was going to die. When the piece was over, I looked at Erik. He looked at me. Then he took off his glasses and wiped his eyes with his shirt. Listen. 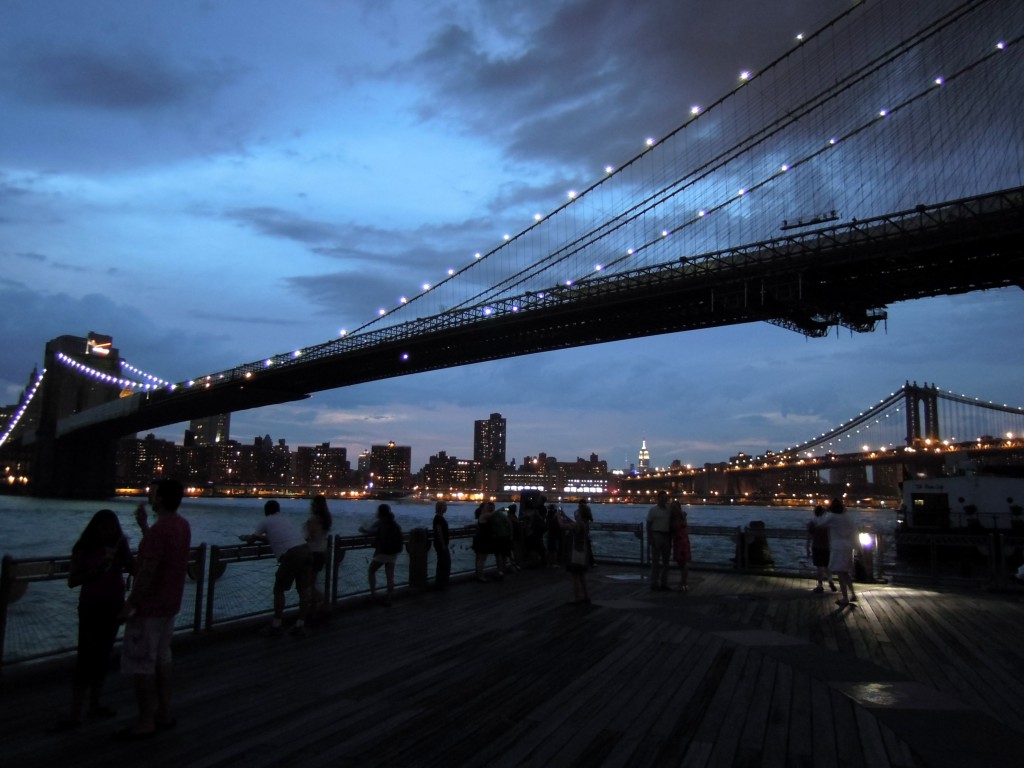 I’ve wanted to visit The Cloisters for years, yet when we got there, all I did was sit in the café and draw.

*Yes, of course we have spent months of the past year in cities like Toronto, Reykjavík, London, Istanbul, Paris, and Singapore. But cultural and language barriers impose their own limits (as does the climate of Singapore!), and we were only in London for a few days. So New York is still a kind of first for us.

**Cremont, Hudson Flower, and Buttermilk Blue, in case you’re wondering. I liked them all.