Yesterday Erik and I drove up to San Francisco to spend the day with Tamara (Tamgerines), and to do some life drawing. To our relief, the BART strike inconvenienced us very little, but then, we have a car and were able to avoid commute hours. We had a lovely day of conversation, window shopping, and vegetarian food.

Thanks Tamara and Erik for the photo!

Fun discoveries of the day:

Treehouses of the World, by Pete Nelson and Radek Kurzaj
(found at Paxton Gate)

I’ve determined not to acquire more books at present, but I’m going to look for this one (or its sequel) at the library.
The photo is of Beach Rock Treehouse in Okinawa, Japan.

Not far from Paxton Gate, this handsome gentleman awaited in a doorway on Valencia Street. 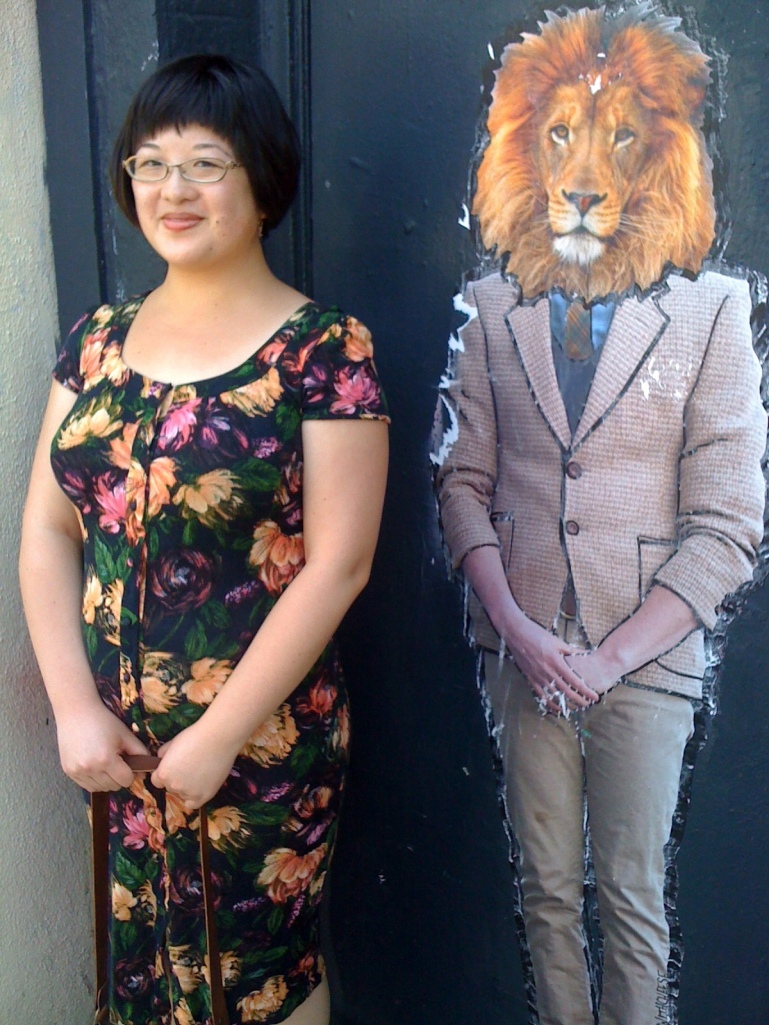 Delicious saffron-ginger scoop (and what a divine color!) at Xanath Ice Cream.
I also really liked the brown sugar banana cream with chocolate chips (I think I’ve got that name right!).

After dinner, Erik and I made our way to the edge of the Mission for our first session with Dr Sketchy’s Anti-Art School. We’ve attended a casual Dr Sketchy’s event before in Toronto (after TCAF), but never a proper session. Our model was Roma Mafia, who has recently come to the Bay Area from Baltimore. Check out the Dr Sketchy’s SF flickr group for photos and other people’s artwork!

One more five-minute on the left, then ten-minute poses: 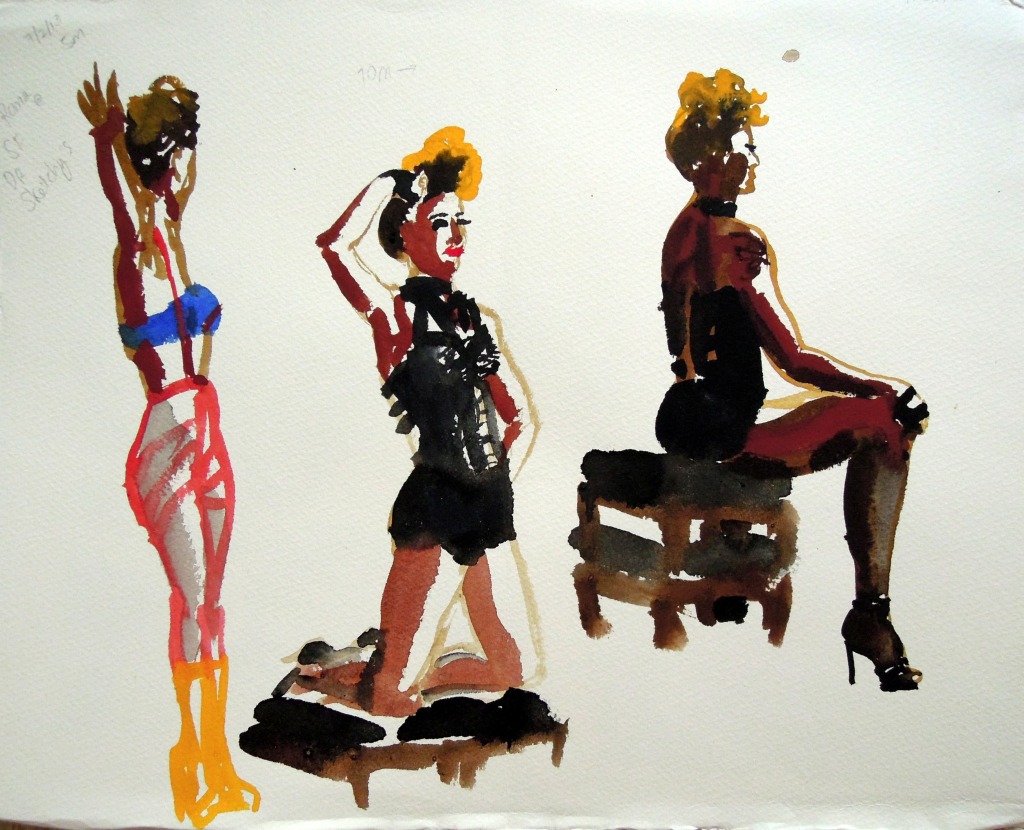 It’s pretty crazy to think the last life drawing session I attended before this one was L’Académie de la Grande Chaumière. I’ve so enjoyed hanging out with artists and drawing models all over the world. Walking through the door of Chicken John’s Warehouse, I still felt an echo of the frisson of anxiety I used to get every time I entered a studio, but experience has given me confidence (which we can translate into unconcern with proving myself). I show up, I draw, I learn. It is good. (And it’s fun to see how I’ve improved over time!)