We went to the National Museum today (a mere couple of blocks from where we’re staying) and it was so lovely I stayed all afternoon. It’s a good-sized museum, though not huge, but there is so much detail on everything that it’s definitely the kind of museum you could have a long and fruitful relationship with. 😉 I haven’t time for my usual long posts, so I’ll just share some highlights.

The fascinating permanent exhibit (two floors!) gives the entire history of the settlement of Iceland, from the first settlers who came from Norway around 870 AD, to the present. There are all kinds of artifacts, and a number of little listening stations where you can hear someone telling a first-person narrative of Icelandic life (in Icelandic or English). Each of these stations consisted of a comfortable seat and a phone handset, with a little info board, and the declaration “telephone contact with the early settler Ástríður Ketilsdóttir” (or whomever) — a way of putting it which I found absolutely charming. And indeed, it felt shockingly intimate to pick up the handset and hear an expressive female voice saying, “Welcome, honored guest,” and telling her entire life story, from her marriage to Úlfur to their first winter in Iceland to the birth of her first child. I actually teared up when Úlfur died! Very well done, researchers, writers, and actors who put these together!

And yes: the first people to come to Iceland did so in small boats from Norway. The journey took a week in good weather and much longer otherwise.

{as always, mouse over photos for description/notes, and click to enlarge}

DNA tests show that the population of Iceland is descended from Norsemen, and women from the British Isles (so it makes more sense than I realized for us to come to Iceland from Scotland). Although the first settlers came from Viking heritage, they were mostly farmers and not warriors. There was no king in Iceland until the time when Norwegian and Danish rulers exerted their command over the island, centuries later; until then, the country was ruled by a parliament (and that’s the current form of government too). Iceland was pagan (Odin, Thor, etc) until around 1000, when Christianity (with no bloodshed!) became the official religion. This had a major impact on the literary life of the nation because until the advent of Latin texts, Icelanders carved runes but had no other written language. After that, they began using the Latin letters (with some of their own additions, I would guess from the runes) to write their own spoken language, Icelandic. 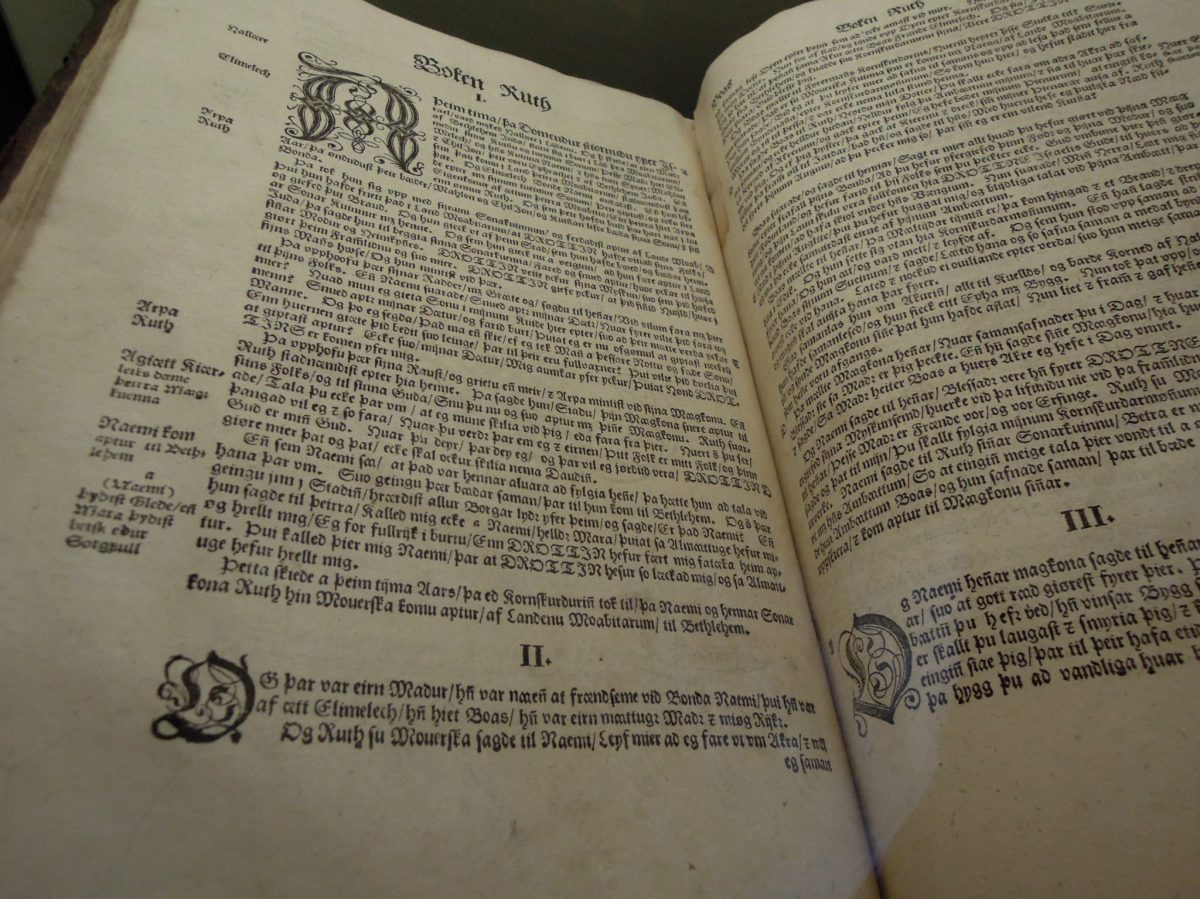 In the 14th century Iceland was ruled by Norway and then Denmark, a state of affairs which continued until the 20th century. (Yes, I know I’m skipping over six centuries here, but I need to go to sleep!) The country got home rule in 1904, became a sovereign state in 1918, and then established itself as an independent republic in 1944. And whereas Iceland in the early 1900s was one of the poorest European nations, which most of its people still living in turf and stone houses (even in towns) — often with many generations working, eating, and sleeping together under one roof — World War II brought wealth and development. After that it seems to have swept through the late 20th century at the same rate as any other Western nation — this part of the museum was as full of lovely silk high heels, brand-name food packaging, and film-star photos as any exhibit of American or European culture from midcentury and beyond! 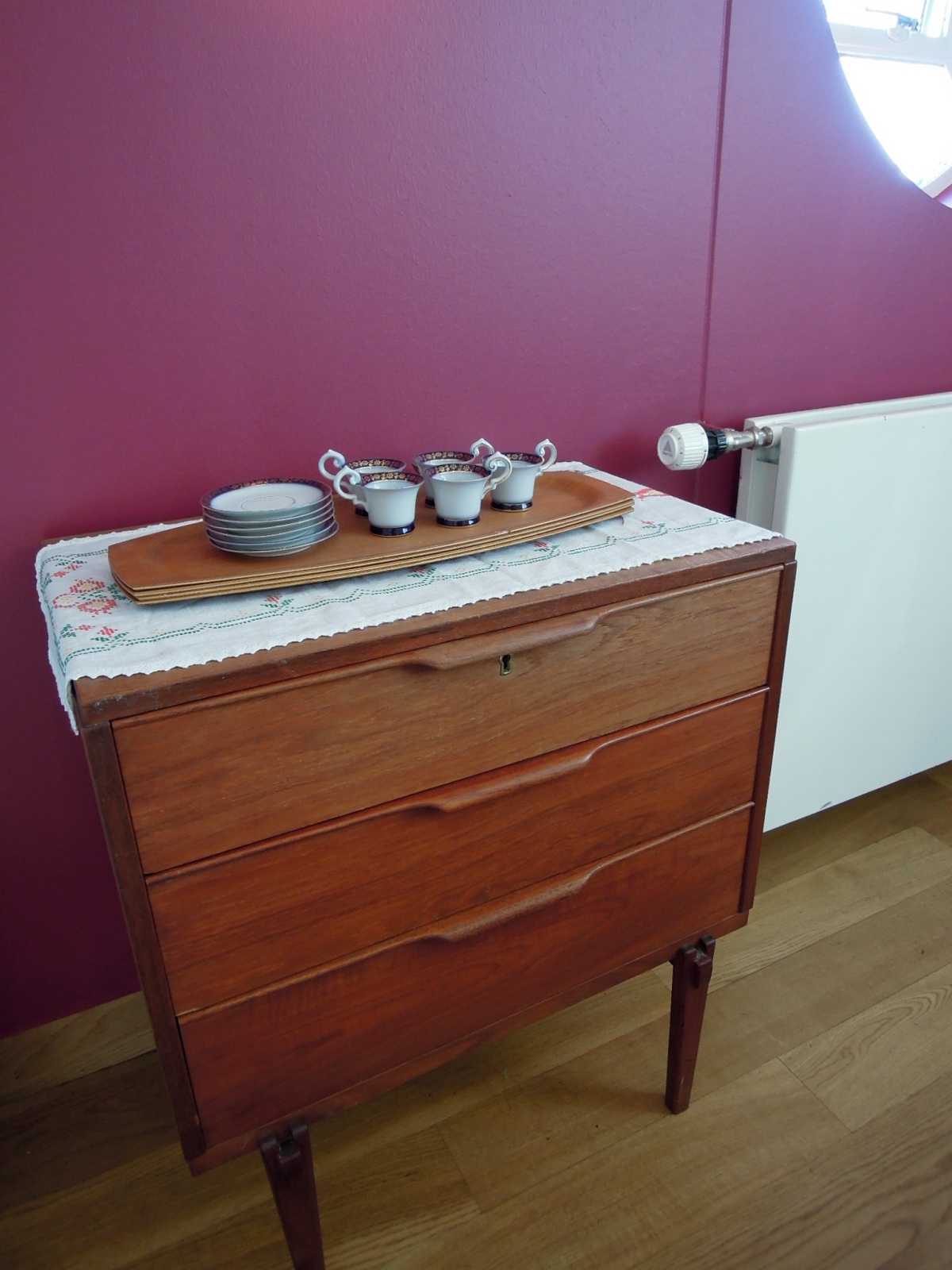 There was also a single gallery with a temporary exhibit, on drawing (yay!). I haven’t time to get into it here but the room was so pleasing that I sighed with satisfaction when I walked in.

Happiness is a closet full of historical costumes

And… they had a hands-on room with a model of a farm made out of wood blocks, some other kids’ toys and games and books, some armor, a ladies’ sidesaddle, and more than a dozen historical costumes to try on. Oh, did I have a blast.