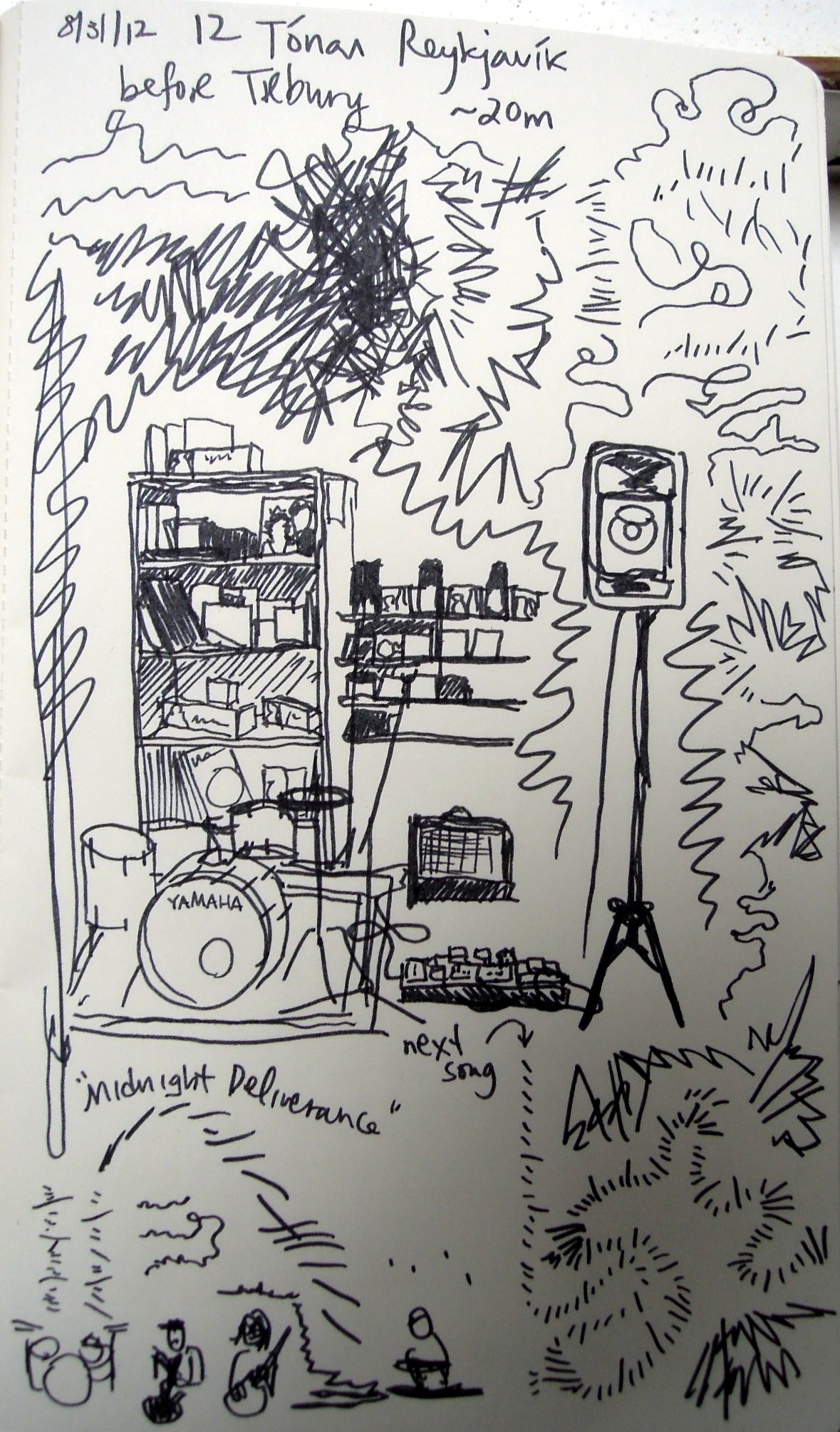 Contrary to what many people think, Icelandic music is not just Björk and Sigur Rós. Since we got here three weeks ago I’ve been sampling as much of the local music as I can, whether recorded (our host has a great collection) or live (so many free performances!). We’ve ended up hearing a good number of bands from other Nordic countries too.* Here are some of my favorites — and I might do another post in future, with more Icelandic music.

This week, we have been enjoying free concerts from UNM, a decades-old Nordic new music festival. New music is the experimental, sometimes inaccessible edge of what you could call classical music; a lot of it comes from academia, which is reflected in the UNM audience — I felt like I was at a younger, better-dressed academic conference! Two of the UNM artists truly impresssed me.

I’m headed out to another UNM concert after I post this!

You’ve already seen my sketches from last weekend’s donation-based Melodica Acoustic Festival (they also do Melodica in the UK, Germany, Australia, Denmark, and the US [NY]). At one of their outdoor concerts we heard these two groups:

Finally, I just came from a (free!) concert at the cool shop/record label 12 Tónar: Icelandic band Tilbury rocking out from their recently-released debut album, Exorcism. I tried to draw the music but it came out kind of literal. I think I would have needed thick paint and a big canvas. 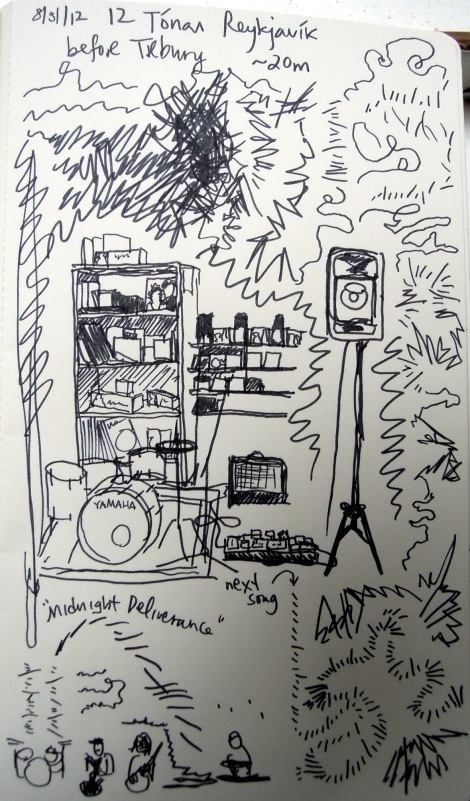 It was a great concert and since Tilbury was mentioned on the Icelandair in-flight magazine, I was excited to get to hear them live instead of just hunting them up online. Their videos are pretty cool though!

Happy weekend, and enjoy the music!

*I had to look this up, but Nordic and Scandinavian are not interchangeable terms. Go back to post!