Last week I walked to Dufferin Grove Park for the farmers’ market. I so grossly miscalculated how long it would take me to get there that I arrived an hour early. I’d brought my notebook and camera, but after a couple of attempts to journal or to take videos, I settled myself on a bench and just did nothing. 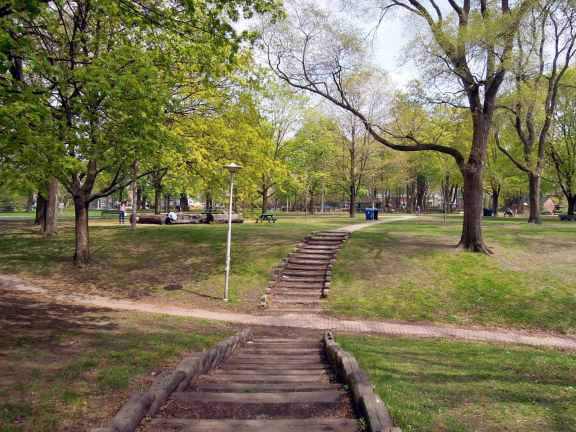 I’m not used to doing nothing. It was strange, but I think it helped that I was not the only one at the park engaged in that pursuit. The scattered benches were occupied by many other individuals: one man reading a newspaper, a young couple kissing (she sitting on his lap), but also a middle-aged woman and her daughter sitting side by side resting, and a young man dressed all in black staring into space. 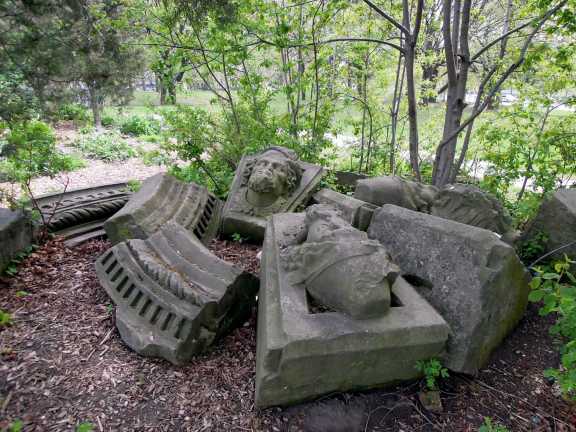 Gradually, as I sat on my bench facing Dufferin Street, I started to think how amazing it is that we can just sit in the sun and exist. What an incredible thing it is that we know how to filter all the countless sounds and movements and sensations involved in sitting in an urban park near a major street; that my breathing and heart rate and sense of safety undergo no changes when the cars drive by, when people walk around me, when leaves move in the breeze, when little buds fall on my head from the tree above, when a bird flutters down to the grass just a few meters away, when a butterfly passes through my field of vision, when kids shout from the basketball courts. I’m in a foreign country by myself, without a cell phone. My brain tells me to be on alert, but my body says You’re safe, sit in the sun for awhile, everything is okay. 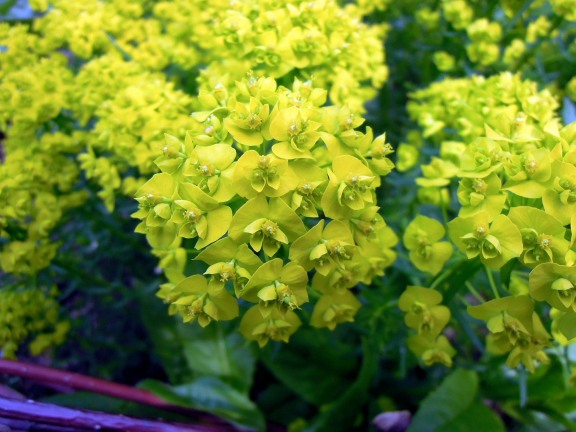 Once, a few years ago, I was petting our cat Tisha and I suddenly thought: “What is time, to a cat?” And I realized that most probably, to a cat, time doesn’t exist. As a human, I would stroke Tisha and think a thousand thoughts which included: “I should really pet him for a longer time.” “But I have to go do the dishes.” “Well… just a few more moments.” But for a cat, is there really any difference between a few pettings and an hour? I’m sure he enjoyed it all the same, and was equally miffed when I stopped no matter how soon I did. I imagine this is the way existence feels to most animals, except for us humans. 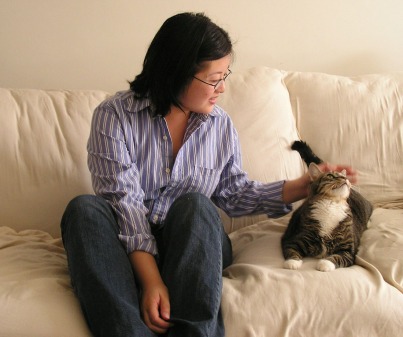 As I sat on my park bench doing nothing, I remembered Tisha and imagined myself as a cat, curled there on the bench: being. I noticed a momentary chill as the wind blew, but it soon dissipated. I watched a woman going down the sidewalk. As a human I observed: she is young, Asian, slender; she is struggling with two large plastic shopping bags; she’s probably going to that bus stop at the end of the street. Then I tried to think like a cat, and her presence became much simpler: She is no threat. Should I go to her? No, she’s too busy to pet me. There: dismissed, but still as interesting as anything else. I continued to watch her down the street.

A little bird hopped in my direction, and I turned my attention toward it. If I were a cat, my predatory instincts would be engaged, but I still had plenty of human curiosity. I remained very still and the bird hopped closer and closer to me, not in a straight line, but in half-circles and turns, pecking at the grass. I hoped it would get within a few feet of me, but of course, why would it? I suddenly thought of our cats studying birds or squirrels, and how they would get so focused they wouldn’t hear or see us right behind them – and realized I was in the same state of concentration; I wouldn’t have noticed anyone walking by unless they seemed like an immediate threat.

It seemed like a long time since I’d entered what I was now thinking of as a state of cat nature. I thought it might be time for the market to open, so I checked my clock: only six minutes had passed. Six minutes of rich observation and existence. What is time to a cat, indeed.