He and the Weasley kid are flying in on Friday. We’re going to have to make an offer to both. We’ll sit Weasley on the bench or ship him to the minors when the time comes, but we have to get him to commit to have any chance at all with Potter.

If you’re looking for a more traditional read (that is, a book), I’ve added some of my summer reading to my reviews page. I’ve also changed the format of the page a little, so let me know what you think! [Reviews page removed, but many of the old reviews can be found here.]

Puzzle
Here’s something that should take up plenty of time for even the most seasoned among you procrastinators: 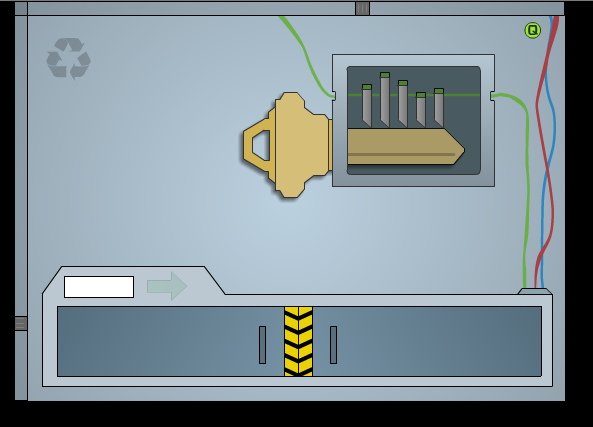 a point-and-click puzzle game with fifteen levels ranging from super-easy to super-challenging. The game is really fun to play; the puzzles are non-repetitive and most of them are intuitive enough that they’re not overly challenging. As an added bonus, the animations are nice to look at, and the soundtrack is non-annoying (you’ll need to have the sound on for some levels). Levels 1-5 (the original CDT) are all pretty easy, and if you’re a veteran puzzle-gamer you should be able to figure them out with no help. The same goes for levels 6-10 (CDT 2), with the exception of level 9, which I had a really hard time with until I looked at some hints. As for the last five levels (CDT 3), well, they’re mostly fiendish, but thankfully there are useful hints and walkthroughs at Lazylaces and Nordinho (though level 14 took me forever even with the walkthroughs and screencaps)!