For the past year I have been pondering, vaguely and on-and-off, my status as an outsider. I’ve come to the conclusion that I am one, always have been, and likely always will be, but I’m okay with that. I might even be learning how to enjoy that place “on the margin”, as David Wong Louie calls it. But it’s taken me a while to figure it all out.

A brief history of myself, as told from the outside and from within:

1980s
– When I started preschool, I was traumatized by being in such a foreign place full of strangers. I spent the day shrieking “Mama” and “Home”, the only two words I knew in English. This was my first experience on the outside (in more than one sense).
– In first grade, I invented a playground game that, to my recollection, the entire class started playing together. We monopolized one of the play structures (no small feat for a group of six-year-olds) and played the game often. A great insider achievement for small me.
– Before second grade, I transferred to my first public school. That year my high scores on, well, everything, put me in reading periods with the third graders and math period with the sixth graders. I was also one of only a few Asians in the school; Mommy brought rice cake and red envelopes to class on Chinese New Year. I had gone from being just another student at a school where I blended in, to achieving the ultimate grade-school outsider status. I’m glad I was set apart through distinction and not through the cliquey shunning so many outsider kids experience, but it was still outside.

1990s
– Before fifth grade I transferred schools again, becoming, once again, a newcomer. I was outside once more.
– In middle school we were all newcomers, though friendships and cliques already existed. Inside, outside.
– The summer before eighth grade I went to CTY (lovingly referred to as “nerd camp” by many of the attendees, it is so much more than a residential academic summer camp) and found friends such as I’d never had before. After two days of homesick misery, I spent three weeks euphorically roaming the campus of Loyola Marymount University with my newfound comrades. I’ve never forgotten how insider-ish I felt that summer, how powerful and free.
– In high school, friendships drifted, to reforge stronger or cleave apart for keeps. I moved in and out of “groups”: inside, outside.

2000s
– College is a melting pot for many outsiders, as it was for me. Berkeley, too, is an outstandingly good place for outsiders. There I was an outsider in some ways and an insider in others. It worked.
– By the end of college, I had made a choice to go to grad school. This set me apart from most of my classmates, yet I hoped my entry into academia would make me an insider in that elite world.
– In grad school I felt like a great insider for about a year. It was like CTY all over again, but not as carefree. I could write book reviews and textbook chapters and put “UCLA Department of History” on the bottom of my emails! I felt inside, very inside.
– Then I started to dislike grad school, then to abhor it. I was still there, but my heart wasn’t. It’s an outsider double-whammy to feel distanced from where you were once an insider, especially if it’s through your own doing.
– I became a TAC (I never remember whether the C stands for Consultant or Coordinator), which put me in a weird limbo of authority without much experience, a go-between for many different departments and programs. Did this make me an insider, or an outsider? I couldn’t decide.
– I left grad school, got a job as a literacy coordinator for the LA Public Library, and enrolled in some classes at LA City College. At this point I started feeling very outside… of everything I was doing. I had left the milieu for which I had been preparing for years. I was working as a “Toby” (American-Office fans will get it), at a branch of the library but employed by a central program headquartered elsewhere. I was taking introductory classes at an institution where I was qualified (by degree, if nothing else) to teach. I didn’t have any insider status anywhere anymore. It stressed me out.

And that brings us up to now. Most of my life, I’ve been an outsider somewhere, except for a few wonderful times: CTY, little bits of academia, but always through my family and closest friends. Some outsiders become mass murderers, others become literacy coordinators… well, not really, but I’ve never been the kind of outsider who saw insiders as enough of an “other” to hate them. I’ve always had people around who love me and whom I love. I’ve always loved individuals — I’ve just never trusted groups. As long as I have my friends and family, I’ll never be a full outsider. I’ll always be “inside” with someone. 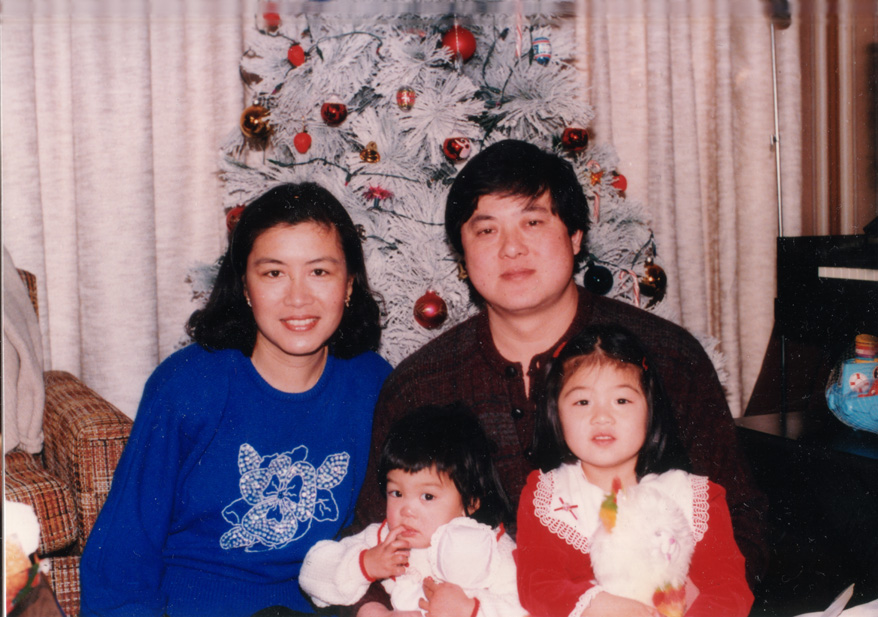 The thing I realize about outsiderness, upon thinking on it, is that it’s both a function of real circumstances and an assumption about them. For example, freshman year of anything, one is always an outsider in some way. But the mindset of the psychological outsider is that everyone else understands the way things work — everyone else is an insider — while “I” do not understand and am therefore left out of the loop. In other words, put two people in the same new situation, and the non-outsider will perceive the changes as external and transitory, while the outsider will see the situation as a perpetual internal state. And that’s how I have always felt: that there are rules to the world that everyone else understood, but that I didn’t get.

I know that this feeling stems in large part from my Asian Americanness and my status as a child of immigrant parents. (Mommy was born in Texas, but returned to China when she was a child; still, this has brought me some measure of intercultural peace.) For my parents, it was true that the world around them operated on certain rules that were strange to them, and that they would have to learn these rules, and obey them, in order to survive and succeed. As an American citizen who was born here and raised to speak better English than any of the three dialects of Chinese I grew up hearing, I should not have shared my parents’ feeling about the foreignness of American society, but I always have. They passed it on to me partly through deliberate instruction and partly unconsciously. But I was also an outsider on my own merits, especially after first grade, when I started getting set apart for reasons other than my ethnicity or physical appearance. My looks and last name exacerbated the situation, but they didn’t create it. I would have been an outsider in any case… though would I have felt it in the same way? I’m not sure.

But lest you think I’ve gone through life feeling terribly isolated from the world at large… it’s only been in the past year that I’ve become aware of how much of an outsider I’ve always been. I didn’t think about it that much until it became painful (as I wrote about back in November). In the time since then — is this paradoxical, or a natural outcome? — I’ve been learning not to be so crippled by my outsider feelings. I still find myself, in any unfamiliar situation, looking around at everyone else trying to figure out the rules. I know lots of people do this, but I do it in even such insignificant circumstances as a supermarket checkout line, or the apartment building’s shared laundry room; my first thought is always that I’m doing it wrong. Or I’ll look around when I’m in a group, and feel like everyone else looks like they belong, and I’m the only one who doesn’t. That sense that “everyone else knows the rules” has never quite gone away, though having friends and family around can make it almost disappear. I have to remind myself constantly that everyone else does not know everything, that it’s okay for me to be uncertain or unsure of myself, that I have just as much right to be here doing what I’m doing and saying what I’m saying and thinking what I’m thinking (though thankfully no one can see that!) as everyone else. I am getting better at this.

Now that I’ve accepted that outsiderness will always be with me, life’s quite a bit easier. Discomfort is getting to be a familiar companion, not an enemy threat. Uncertainty, too, is always hanging around, which is great if I ever want to really be an artist or writer. I’m actually coming to value the thoughtfulness and observational eye that outsiderness gives me. I recently heard on KUSC a clip of the author Philip Roth speaking, in which he said (I’m paraphrasing; I can’t find the text online): “To be a Jew in America is to be quintessentially American. The outsider is the ultimate insider.” There’s something to that, I think.

I also think now that my lifelong quest to do things differently and make unique choices has come from a deep-rooted desire to be seen as an outsider by choice. I have noticed that as my discomfort with my outsiderness has waned, so too has my desperation to stand out through such methods as wearing one-of-a-kind clothing. To be myself is enough. Most of the time!

[This post was imported on 4/10/14 from my old blog at satsumabug.livejournal.com. The original post had illustrations — I think, because the images are now lost — that I drew myself.]